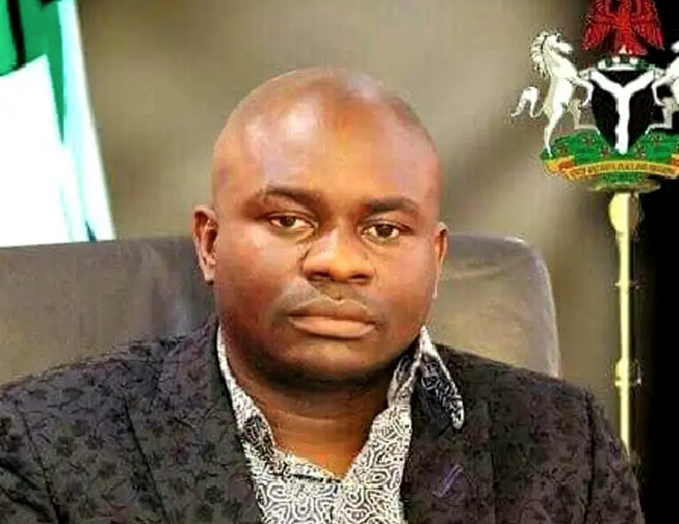 The Ijaw Youths Council (IYC) and the Delta Ijaw Comrades Community (DICC) have berated the Rivers State Governor, Mr. Nyesom Wike over what they described as his attack on the Ijaw ethnic nationality.

Wike had last Sunday launched an attack on the ijaws following the controversy surrounding the arrest of Federal lawmaker, Hon. Farah Dagogo and the 48 hours’ ultimatum issued for his immediate release

The leadership of the umbrella body of the IYC, described as insulting and totally unacceptable Rivers State Governor’s comment that, “thunder fire those who issued the ultimatum.”

The IYC, in a statement reacting to the derogatory word used by the Governor during a church service, described the comment as disturbing, inciting and denigrating of the high office he occupies.

The Ijaw youth body, in the statement signed by its National spokesman, Ebilade Ekerefe yesterday, noted that such tactless and disrespectful comment by Wike was the height of his prolonged disdain for the Ijaw nation as a whole and Rivers Ijaw people in particular since he became governor of the state.

The group said it was even more shocking that the Governor took his unrestrained verbiage to the hallowed pulpit of a church and desecrated the altar of God.

The IYC restated that its only ‘sin’ that attracted Wike’s ire was its demand alongside its parent organ, the Ijaw National Congress (INC), for the release of an Ijaw son, Dagogo, that was arrested and remanded in prison on the orders of the governor.

“Despite being the fourth largest ethnic nationality in Nigeria and the largest in the Niger Delta, the Ijaws have consistently promoted peaceful and harmonious relationships with other ethnic groups, including Wike’s Ikwerre nationality in Rivers State.

“However, Wike should be reminded that such unguarded and incendiary comments are capable of rupturing the existing good relationship with the Ikwerres, and his kinsmen are advised to call him to order.

“The IYC also reminds Governor Wike that power is transient and that by May 29, 2023, he will vacate the exalted governorship seat, that he has equally ridiculed, to become an ordinary citizen like others in Rivers State and Nigeria.

“Wike has forgotten that by calling fire and thunder on the Ijaw nation, his benefactor and our revered leader, former President Goodluck Jonathan, is an illustrious Ijaw son,” the statement added.

It noted that: “This ‘thunder’ did not fire the former president when, despite all odds, he made him the choice of the Peoples Democratic Party in Rivers State against the wishes of other competent Ijaw aspirants in the state.

“Now, Jonathan as an Ijaw man, is also under fire from Governor Wike. For him, all those that made him, including the people of Rivers State, are in his pocket and can be insulted at will.”

The DICC also condemned the governor’s comments during the church service.

The group, in a statement signed by its President General Binebai Yerin Princewill, described as uncharitable the response by the governor to the ultimatum by Ijaw National Congress (INC) and its youth wing, the IYC.

The group noted that the governor benefitted more from ijaw nation and did nothing in return for the ethnic group other than to castigate them.