PenCom DG: N5bn Capital Base Will Ramp Up PFAs’ Capacity 56 mins ago

Kaigama: We Must Do Something to Stop Hunger, Insecurity Now 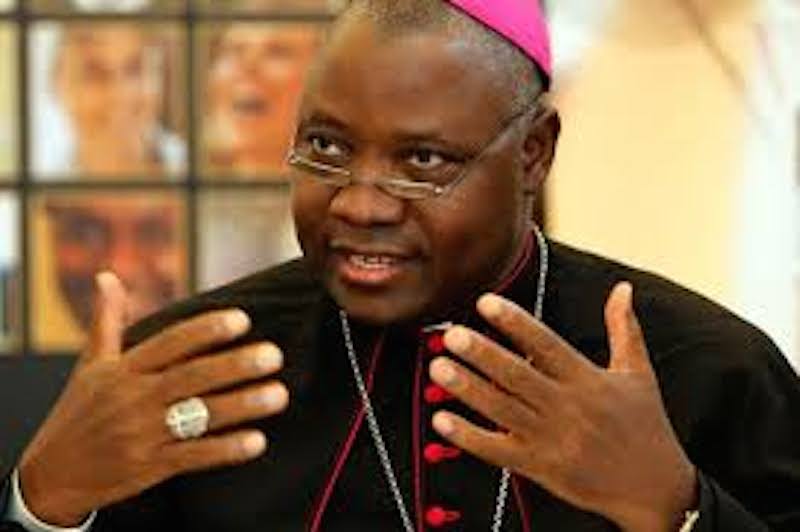 The Catholic Archbishop of the Abuja Archdiocese, Most Rev. Ignatius Kaigama has tasked Nigerian leaders to take urgent measures towards implementing policies that would eliminate hunger and insecurity in the land.

Speaking at the closing ceremony of a week-long conference of Catholic bishops from West Africa held in Abuja, Kaigama said a lot of promises and policy statements had been made by government and leaders, but without concrete action to back them up.

He advised politicians to stop making empty promises to the people now that election was around the corner.
“The problems confronting the sub-region have not diminished, they are still there and we need to tackle them with determination.

“That is why we ask our politicians not to stop at talking. They talk and promise a lot but with no concrete effort to eliminate the hunger, insecurity and diseases that we suffer from. We must go from mere talk to action. Religious leaders should also do something concrete,” he said.

Kaigama who played host to the visiting bishops, also used the opportunity to call for renewed efforts at promoting peace and unity among nations.

“We need to promote brotherhood and sisterhood in our region and among humanity. We had very fruitful deliberations, it’s not just about talks, but implementation, now it’s the time to go back home and promote brotherhood and sisterhood among our people, we need to do something serious about the differences, prejudices and stereotypes that divide us, we will work together with the government to give the best to our people,” he said.

Earlier, in a communiqué issued at the end of the 4th General Assembly of the Reunion of Episcopal Conferences of West Africa (RECOWA) held at the Catholic Secretariat Resource Centre, Durumi in Abuja, the bishops said there was need to work together, with like minds in politics, religion, economics, social life, the media, to fight against all forms of man ‘s inhumanity to man.

“We strongly denounce the policies and practices of our governments and leaders who facilitate and permit the exploitation and marginalisation of our people and endanger the future of our children.

“Tragically some individuals engaged in acts of violence and terrorism have aggravated the state of insecurity in our sub-region. We call on all never to grow weary in denouncing and rooting out such evils in our midst,” they said.
In the communiqué, the Bishops called on politicians, other leaders to recline from their never-ending craving for self-aggrandisement and acquisition of wealth.

“Our people are hungry, dehumanised and suffering; our youth exposed to life-threatening adventures on the high seas in their bid to discover greener pastures in overseas countries. We are called upon to give hope to these people,” they said.

As part of their engagement, the bishop also elected new leaders of the reunion for the next three years.
Most Reverend Alexis Touabli Youlou, Diocese of Agboville, Cote D‘ivoire emerged the new President of (RECOWA), while Most Reverend Joseph Kwaku Afrifah-Agyekum, bishop of Koforidua, was elected first vice President and Most Reverend José Lampra CA , Bissau, become the second vice President.