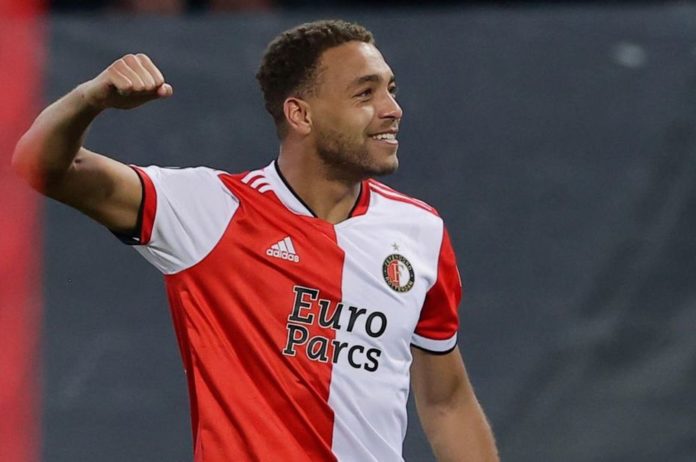 A brace by Cyriel Dessers for Feyenoord prevented PSV from closing the gap with Ajax at the top of the Dutch Eredivisie yesterday.

Feyenoord held PSV Eindhoven to a 2-2 draw in their Eredivisieclash on Sunday.

PSV started the game as the dominant side, taking control of the possession early on.

The Boeren opened the scoring through Cody Gakpo, with the Dutchman completing his brace in the 29th minute. The guests had a few more opportunities to increase their lead in the first half but couldn’t convert their chances.

Feyenoord showed signs of improvement soon after the interval. The hosts increased the pressure on PSV’s backline throughout the second period.

Feyenoord showed signs of improvement soon after the interval. The hosts increased the pressure on PSV’s backline throughout the second period.

However, they had no luck in finding the back of the net until the final minutes of the match. Cyriel Dessers brought Feyenoord back into the game by making it 2-1 in the 86th minute.

The hosts went all-in with their attacks in the extra-time and finally clinched the equaliser in the 96th minute.

Following a handball inside PSV’s box, the referee awarded the hosts a penalty, which was converted by Dessers to seal his brace.

TRUE AND FALSE ‘LIBERATIONS’ – FIGHTING THE GHOSTS OF NEO-COLONIALISM