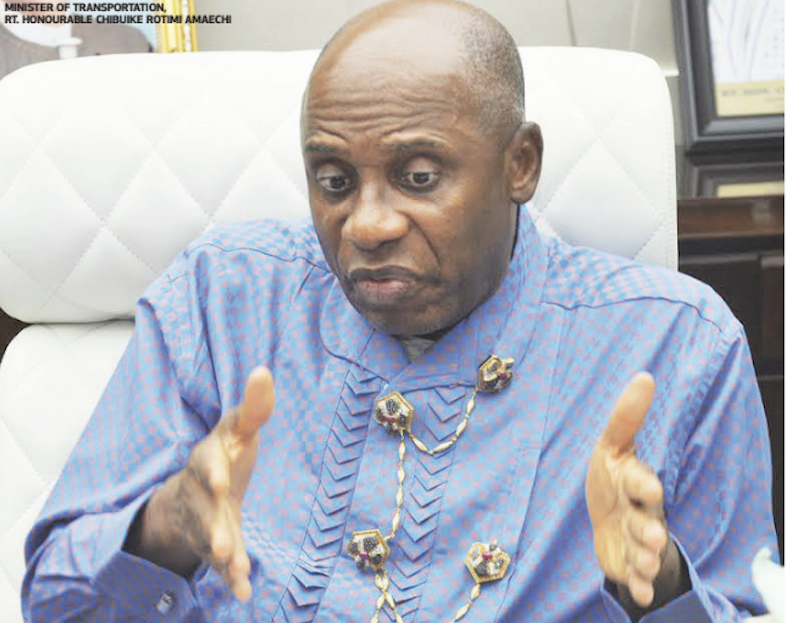 The Minister of Transportation, Mr. Rotimi Amaechi at the weekend revealed that the All Progressives Congress (APC) would lose if it nominated a wrong candidate for the 2023 presidential election.

Amaechi, a presidential aspirant of the APC, also promised to prioritise fight against insecurity and address challenges in the education sector if given the opportunity to serve as president in 2023.

He made the promises Friday night separate meetings with the delegates of Edo State APC and the Oba of Benin, Ewuare II and shortly in Benin City, Edo State.

At the session with the delegates, Amaechi said he had the experience to turn the country around for better, especially as a two-time Speaker of Rivers House of Assembly; Chairman of Speakers’ Forum in Nigeria; two-term governor of Rivers State and Chairman of Nigeria Governors’ Forum (NGF).

He, also, pointed out that the Peoples Democratic Party (PDP) did not have good presidential aspirants, despite the participation of a former Vice President, Alhaji Atiku Abubakar; and his (Amaechi’s) former Chief of Staff, Nyesom Wike, the Governor of Rivers State; among others.

He added that credibility of the eventual candidate “is essential, during the 2023 presidential race, if not, the governing APC will lose the crucial election.”

“If the presidential aspirants give you money, collect it. But vote your conscience, in order to move Nigeria forward. How much did they have before? Where did they get the money they are now spending?

“I can account for my period in office. Vote according to the capacity of the presidential aspirants. I am assuring you that if you vote for me, you will not regret it.

“Credibility of the eventual presidential candidate of APC for the 2023 race is very essential, if not, the governing party will lose the election.

He urged APC’s delegates and other Nigerians to vote for the right aspirants and candidates, while defending their votes.

Earlier at the palace of the Oba of Benin, Amaechi said as a former governor of Rivers State, he placed emphasis on infrastructure, education and human capital development, which he continued with at the federal level.

He added that the Lagos-Calabar rail line would have links with Edo State, Asaba in Delta State and Onitsha in Anambra State, with the project to commence in the administration of President Muhammadu Buhari.

In his response, the monarch advised Amaechi that if eventually his wishes were actualised, he should not forget the traditional rulers and the electorate, especially the youths.

He decried a situation where political office holders, especially governors, would always treat traditional rulers shabbily, only to run to the same monarchs during elections for support, while stressing that the youths should be catered for, to eliminate violence during campaigns.

He commiserated with the minister for transportation on the Abuja-Kaduna rail attack by bandits, which led to the death and kidnap of many persons, while extending the sympathy to families of the victims of the train attack.