Okechukwu: Tinubu Has 60 Percent Winning Chance in 2023 1 hour ago

Ondo Abduction: Violence Under Any Guise against Children is Evil, Says UNICEF 2 hours ago

Northern Elders and the Consensus Distraction 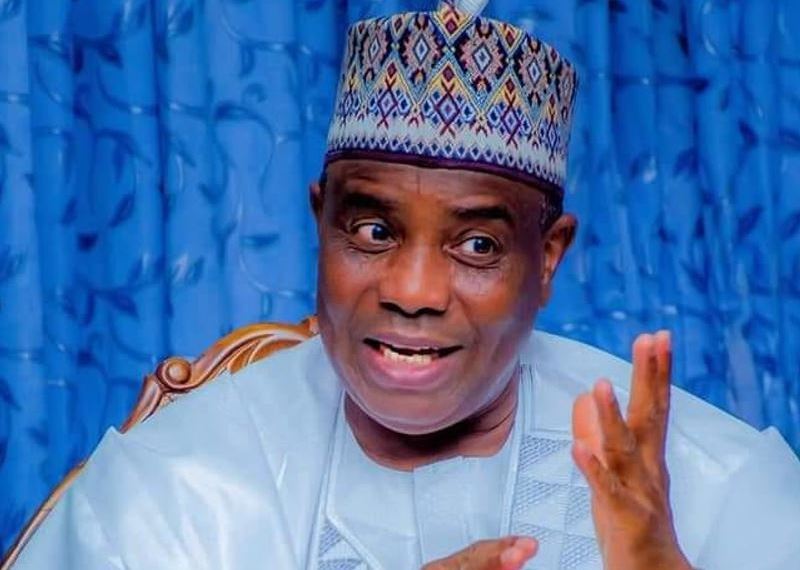 Marvin Steven Adeolu
A group of political leaders from northern Nigeria gathered in Minna recently. They were not there to discuss the way forward for the region, which had been terribly set back by fratricidal conflicts and bloody strife instigated by a bourgeoning culture of primitive conquest. And they did not gather to dialogue on how to return hope to a country faced with a rapidly degenerating – purely politician-made – state of hopelessness.

The northern elders, unfortunately, gathered to impose a nocturnal political arrangement that could only serve to worsen the north’s, indeed, Nigeria’s troubles. They picked former Senate President Bukola Saraki and Governor Bala Mohammed of Bauchi State as consensus candidates for the north towards the presidential primaries of the Peoples Democratic Party (PDP).

The consensus arrangement, which drew the ire of other PDP presidential aspirants from the north, was promptly rejected by stakeholders from the region. It was another failed attempt to impose an unpopular candidate on the people.

The Northern Political Leaders Forum, led by the late Mallam Adamu Ciroma, had in 2010 tried to project former Vice President Atiku Abubakar as the choice of the north under a similar consensus procedure that was equally unsuccessful.

This time, it was Professor Ango Abdullahi, a member of the Northern Elders Forum (NEF), who spearheaded the consensus effort. In wilful disservice to the region and, indeed, the country, the consensus organisers relied on criteria that would have shut out frontline PDP presidential aspirant and governor of Sokoto State, Aminu Tambuwal.

Prominent northern leaders have rejected the move.
A celebrated leader in his state and at the national level, Tambuwal dismissed as an advertisement of utter falsehood the announcement of Saraki and Mohammed as northern consensus candidates. He said the consensus team, which he was part of, alongside other aspirants, had only met to review the compromise candidacy project and “unanimously agreed that the consensus arrangement was not working.”
That was April 20.

“The team further agreed that Sen. Saraki should come up with a draft statement on how to communicate this decision to the Nigerian public,” the Tambuwal Campaign Organisation (TCO) stated. “This was the last time that members of the team sat and mutually agreed on anything. The proposed meeting to review and vet the statement scheduled for 10pm of the same day was aborted unilaterally by Sen. Saraki.”
TCO said the Sokoto State governor did not attend the Minna meeting, as he told his colleagues he stood on “their agreed position that the initiative has collapsed”.

But, surprisingly, the Ango Abdullahi committee announced Saraki and Mohammed as compromise candidates.
Former governor of Jigawa State, Sule Lamido, in rejecting the consensus announcement, said in a statement, “Having widely consulted party leaders across the 19 northern states and FCT, it is hereby stated to our teeming party members and the general public that what is reported in the media is only the personal opinion of those who issued the statement and not the position of the PDP members in the north! Discussions are on-going with all the aspirants in our party with a view to having a national consensus, if possible, or at least working towards having a smooth acrimony-free national convention.
“The position of the northern elders is not only injurious to the north, but equally injurious to the northern aspirants!”

The meeting in Minna and the consensus outcome that followed were conducted under a faulty assumption that the north was now a gerontocracy, where the opinion of some old men was final and representative of public opinion. It was such assumption that led a certain Alexander Obisesan, said to be co-convener of The Nigerian Group, to the illusive conclusion that Tambuwal was duty-bound to respect the outcome of the Ango Abdullahi committee on consensus candidacy, alleging that doing otherwise would portray the governor as a bad loser.

Interestingly, NEF has dissociated itself from the Ango Abdullahi consensus system, saying in a statement by its Director of Publicity and Advocacy, Dr. Hakeem Baba-Ahmed, “Northern Elders Forum is not affiliated to any political party or aspirant, and is strongly committed to the creation of a level playing field which will allow the emergence of the best leaders in the 2023 elections.”

Lamido echoed this in February, when he endorsed the presidential ambition of Tambuwal, saying, “We must give Nigeria the kind of leaders it deserves, not based on ethnic background, religion or zone, but based on his capacity, competence and we want a Nigerian leader and president, not the president of either the north or south. So, to me, zoning doesn’t have meaning any more.”

That echoed the position and outlook of Tambuwal as a “pan-Nigerian candidate, with pedigree of national service as Speaker of the Federal House of Representatives, life member of the Body of Benchers, and now in his second and final term as Governor of Sokoto State,” TCO said, in the statement by its Director of Organisation and Mobilisation, Nicholas Msheliza.

Tambuwal, 56, has traversed the national political scenes, with contacts and name recognition in the country’s 469 federal districts – 109 senatorial districts and 360 House of Representatives constituencies. His record shows sterling work of legislation, consensus building, and pragmatism in governance.

He was at various times member of several committees in the House, including the House Committees on Rules and Business; Communications; Judiciary; Inter-Parliamentary; and Water Resources. He was also a member of the House Ad hoc Committee on Constitution Review.

Other positions he held in the House of Representatives include Chairman of the ad hoc committee that reviewed the report of the power probe committee headed by Ndudi Elumelu; Chairman, House Sub-committee on the Bill for an Act to Amend the Land Use Act; and acting Chairman, House Committee on Power.
He was leader of the Nigerian delegation to African, Caribbean, Pacific and European Union Parliamentary Assembly (ACP-EU) and served as Vice-Chairman, Economic Committee ACP-EU, held in Prague, Czech Republic in April 2009.

As Speaker of the House of Representatives, Tambuwal led efforts to resolve a power tussle between the Senate and House of Representatives that had hindered progress in the National Assembly for years, and even affected government business in the executive arm. Previously unknown nomenclatures, like Red Chamber and Green Chamber, referring to the upper and lower chambers, respectively, were popularised by the rivalry.

Tambuwal helped to settle the schism and return the federal legislature to a regime of harmony and progress.
Back home in Sokoto, he has embarked on an infrastructural development drive that is making the state a model for others across the country.

In his first shot at the presidency in 2018, the Sokoto State governor performed brilliantly at the PDP presidential primaries, though, he lost to Atiku.

But many think Tambuwal is the leader Nigeria needs at this juncture in its history. With a sterling record in legislative and executive offices, broad network of friends and associates across the country, earned appellation of a political bridge- builder and clear-headedness, he certainly fits the bill.
*Marvin Steven Adeolu writes from Lagos