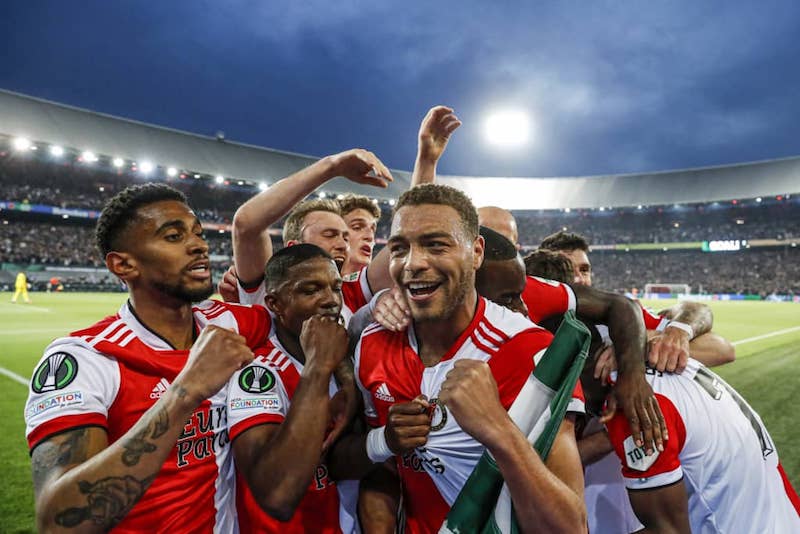 Super Eagles forward, Cyriel Dessers, was in action as Feyenoord held Marseille to a goalless and qualify for their first ever final of the Europa Conference League last night.

Feyenoord advanced into the final 3-2 on aggregate.

Dessers was in action for 90 minutes as Feyenoord held on to secure qualification for the final.

They will now face Serie A side Roma who defeated Leicester City 1-0 thanks to Tammy Abraham’s goal.

Super Eagles stars Kelechi Iheanacho and Ademola Lookman were in action for Leicester.

The former Chelsea forward scored the only goal in the 11th minute to send Jose Mourinho’s side 2-1 on aggregate.

Iheanacho came on before the start of the second half while Lookman was replaced by Daniel Amartey.

The final will be played on 25 May 2022 at the Arena Kombëtare in Tirana, Albania.

Elsewhere, Super Eagles trio of Joe Aribo, Calvin Bassey and Leon Balogun were in action as Rangers 3-1 (3-2 aggregate) to book the final ticket of the Europa League against Eintracht Frankfurt .

Rangers swept aside RB Leipzig on an emotionally charged and memorable night at Ibrox.

Trailing 1-0 from the first leg, Rangers turned the semi-final on its head within 25 minutes through goals from James Tavernier and Glen Kamara.