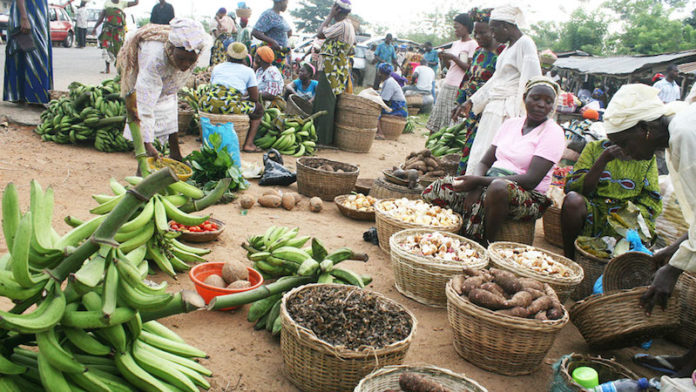 The resolve of the African Development Bank (AfDB) to rescue Africa from the ongoing food crisis with a $1.5billion Africa Emergency Food Plan will only make the desired impact in Nigeria if such an effort is complemented by a decisive policy to tackle debilitating issues like insecurity, infrastructural gaps and low yields by farmers, reports Festus Akanbi

From its face value, the recent declaration by the President of the African Development Bank (AfDB), Dr Akinwumi Adesina, that the bank had decided to shore up Africa’s food security with a $1.5 billion Africa Emergency Food Plan in the wake of the Russia/Ukraine conflict, is a welcome development.

He noted that owing to the Ukraine conflict, the price of wheat had gone up about 60 per cent, saying it would affect about 20 per cent of Africa’s food production.

Briefing Buhari on steps taken by AfDB to avert food crisis on the continent last week, Adesina said the Russia-Ukraine war would create global problems, particularly for Africa, which imports a huge percentage of its food from the two countries.

He said, “Already, the price of wheat has gone up about 60 per cent. Maize and other grains will also be affected. There may be a fertiliser crisis, as there would be about a two million metric tons deficit. And that will affect food production by about 20 per cent. Africa will lose $11 billion worth of food, and coming shortly after COVID-19, that would be rather serious.”

To prepare for the rainy day, Adesina said AfDB had developed a $1.5 billion Africa Emergency Food Plan, which is now before the bank’s Board for approval.

He said: “We were not ready for COVID-19, but we are now planning to avert food crisis on the continent. There is a plan to help farmers cultivate wheat, maize, rice, sorghum, and soybeans. It will mitigate the impact of the Russia-Ukraine war.”

“In total, our support will help Nigeria to produce 9.5 million metric tons of food,” he explained.

He listed states to benefit from the assistance including Kano, Ogun, Oyo, Kaduna, Imo, Cross River, and the Federal Capital Territory.

Buhari lauded AfDB for planning whatever negative consequences might come from the Russia-Ukraine conflict in terms of food security.

The president appreciated Adesina, “for knowing our weaknesses and our strengths, and for planning and working ahead.”

Buhari said his administration was keen on protecting the country’s food security, explaining that the government shut the country’s land borders for about two years to encourage Nigerian farmers. He said much had been achieved through the plan.

Analysts said the AfDP President’s warning should be regarded as a red flag for Nigeria where the twin problem of insecurity and climate change is making farming hopelessly unattractive to the people. They believe the enthusiasm of President Buhari and his justification of border closure was too simplistic to explain the current dangerous trend in the nation’s agriculture.

According to the United National Food and Agriculture Organisation, about 19.4 million people will face food insecurity across Nigeria between June and August 2022.

The report, processed in collaboration with the Federal Ministry of Agriculture and Rural Development (FMARD) and other stakeholders, explains acute food and nutrition insecurity in the Sahel and West African region.

The report said the food crisis will affect Nigerians in 21 states and FCT including, 416,000 Internally Displaced Persons (IDPs).

Last year, the FAO estimated that 12.8 million Nigerians will go into famine between June and August 2021.

The report identified insecurity especially insurgency in the North-east states, mostly in Borno, Adamawa and Yobe, armed banditry and banditry in some North-west states such as Sokoto, Katsina, Zamfara and Kaduna states, as well as North-central states of Benue and Niger as key drivers to the upcoming food crisis.

Also, it said high inflation in soaring food commodity prices, which could be associated with an economic downturn, will contribute to the hunger crisis.

“Loss of employment and reduction in household income due to the long-term effect of COVID-19 pandemic and displacement arising from conflict and armed banditry as evident in the crisis-emergency livelihood coping strategies adopted by most households,” it said.

“Among the principal reasons for the increase in the number of people in critical need as against the March 2021 Cycle could be the objective analysis of inaccessible/hard-to-reach areas (Borno and Adamawa), internally displaced persons (Borno), the increased number of displaced (vulnerable populations) due to banditry, and finally the inclusion of five new states, Contextual Shifts.”

It is no longer a secret that Nigerians are traumatised by relentless acts of terrorism, banditry, kidnapping and sundry criminality that make farming and other economic activities a most deadly adventure for many. A direct consequence of this is a food crisis, long predicted in a 2020 Global Report on Food Crises, jointly released by the Food Security Information Network and other groups. The report had warned that Nigeria was set to experience a lean food supply crisis as more than seven million people would suffer acute hunger.

Later, a World Food Programme report said that 15 countries, Nigeria inclusive, were currently afflicted with “very high levels of hunger.” It admonished world leaders to be proactive, as conflict and economic crises could escalate the situation. Sadly, the advice was not heeded in Nigeria as the country is already enmeshed in a food crisis. This is not helped by the devastating effect of the COVID-19 pandemic on the economy. Already, food prices have risen sharply, worsened by high energy and transportation costs.

Among other factors, the FAO identified insecurity, especially insurgency in the North-East states, mostly in Borno, Adamawa and Yobe; banditry and cattle rustling in some North-West states such as Sokoto, Katsina, Zamfara and Kaduna, as well as North-Central states of Benue, Plateau and Niger as key drivers to the upcoming food crisis. No part of the country is free from the insecurity situations which has turned farms into the theatre of death.

It will be absurd to expect farmers back on their farms after their labour in the previous years was destroyed by herders who in some cases raped farmers’ wives and in some cases killed the farmers and their family members in cold blood.

In some cases also, movements of farm produce to the markets also come with threats to lives as terrorists now make inter-city transportation dangerous these days.

In some media reports, Nigeria was said to be in a virtual war situation. This, it is argued, has dealt a huge blow to the country’s food production capacity. A tally compiled by a national newspaper indicated that at least 352 farmers were killed or kidnapped in 12 months amid the rising insecurity in 2021.

Editorials written on the growing insecurity in Nigeria suggested that instead of continuing to rely on the grossly inefficient, overwhelmed and over-centralised security architecture, states should intensify efforts to cobble regional security networks to secure their jurisdictions to facilitate farming.

Aside from the security that scares away farmers, the poor state of infrastructure in the rural areas where a large percentage of the farming population resides is a major disincentive to the country’s efforts at ensuring food security.

This is where state governments should come in. The states need to accord topmost priority to rural infrastructure and agriculture with a strong private sector.

Although initiatives like the Central Bank of Nigeria’s intervention in the agric value chain have changed the fortune of several Nigerian farmers, the fact remains that the impact is just like a drop in the ocean.

ACSS was introduced to enable farmers to exploit the untapped potential of Nigeria’s agricultural sector, reduce inflation, lower the cost of agricultural production (i. e. food items), generate surplus for export, and increase Nigeria’s foreign earnings as well as diversify its revenue base.

However, in an atmosphere of insecurity, where terrorists have taken over most of the nation’s farmlands, it is doubtful if the beneficiaries will have the opportunity to deploy the money collected on their farms. 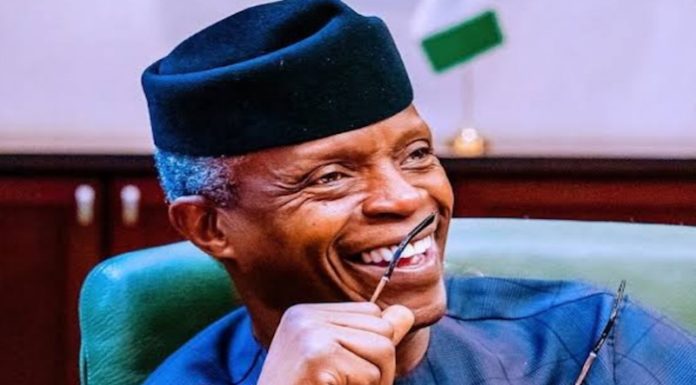