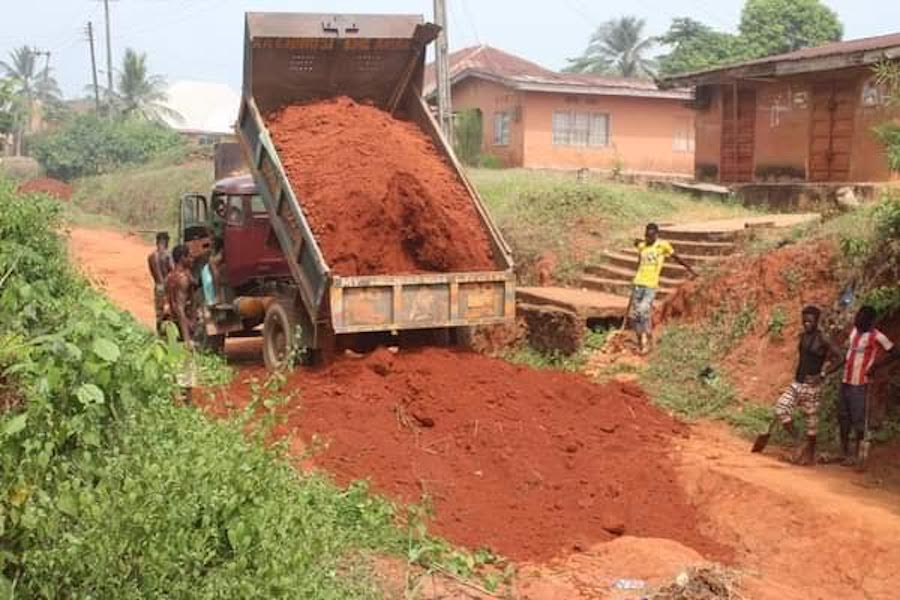 Precious Ugwuzor reports that with the coming rains, the Ubulu-Uku Community in Aniocha South Local Government Area of Delta State has sent an SOS to the President Buhari, the state government, as well as the NDDC over the poor condition of their roads

A community is as good as its roads but for the Ubulu-Uku Community in Aniocha South Local Government Area of Delta State, their lot has been that of a people cut off from civilisation and their neighbours.
With the poor state of the roads, their fears of being totally cut off once the rains start in earnest are about to materialise.

” Many of them played politics with the road, promising to fix it for us, but the moment they entered as governors, they abandoned us. We know that Okowa is aware that the contract to repair the road had been awarded many times and money paid for the job, but while the Federal Government is Investigating, our son should help us fix the road.”

Quote “When rainy season comes, only the strong and courageous can walk through the road…After the dry season, our people, who are mostly farmers, will no longer access their farmlands. This has heightened fear of imminent hunger and starvation, as the only road that leads to the farms will be completely destroyed by erosion”