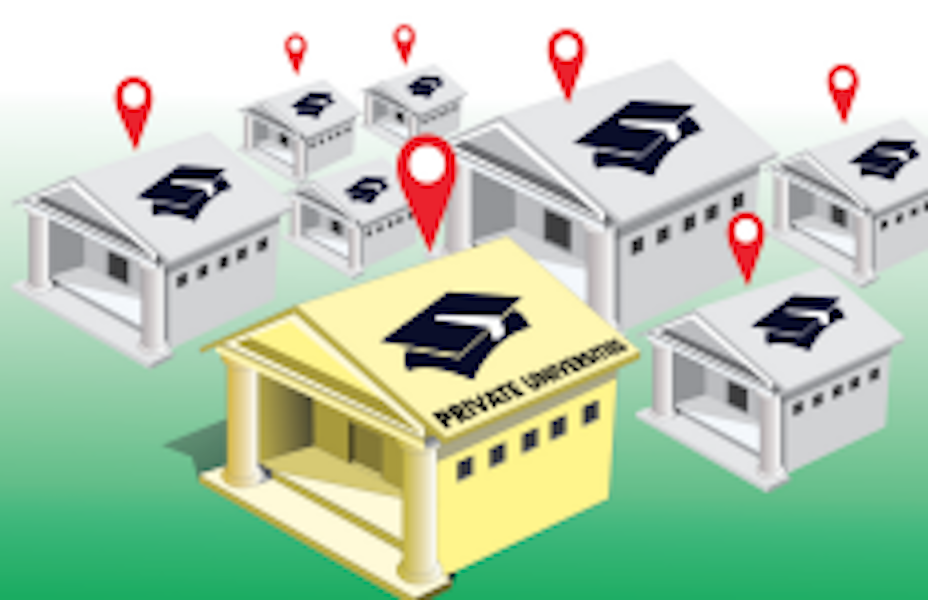 The authorities must not sacrifice quality for numbers

With the approval of 12 more private universities, Nigeria now has 205 universities made up of 49 federal, 57 state universities and 99 private ones. The major argument for this recent decision by the federal executive council is the comparison of our population to the number of existing universities. The advent of private universities in Nigeria was considered a welcome development for the simple reason that the public universities had become anything but centres for excellence. Aside the endless strikes by lecturers and non-academic staff, the neglect of the education sector by successive governments has also resulted in a situation in which students attending these public universities were never certain when they would graduate.

Unfortunately, the emergence of private universities does not seem to be raising academic standards and that explains why we have been calling for a total overhaul of the sector. There are several crying questions but the main worry stems from the sheer incompetence in tackling the problems in the existing public universities and the reckless recourse to all manner of low-standard private universities. Lecturers who can’t hold their own in public universities are being hired as professors and even vice chancellors in some of these private universities where first-class degrees are churned out in hundreds annually. The same lack of standards that practically crippled the banking sector before the 2004 consolidation exercise is now happening with the universities.

While the federal government can continue to license any qualified person or group to run a university, it is more important to pay attention to the worrying state of these institutions. Some of the pertinent questions being raised by critical stakeholders about the proliferation of private universities include: What are the standards required to establish one? Who is accrediting the courses? What are the minimum infrastructure requirements? Are there adequate and quality lecturers? Is the environment of these universities conducive for learning?

Ordinarily, the increase in the numbers of universities need not be a matter for alarm if several other questions are posed and answered satisfactorily. Universities in advanced countries and elsewhere are platforms for problem-solving because they ensure high quality teaching and learning within their precincts. This is why we must do away with the notion that anybody with a little money can own universities. That is not the way to develop any society. Besides, there is an urgent need to revamp our educational institutions to satisfy the demands of today. And the solution lies in establishing more technical colleges.

Even in many developed countries, university education is not meant for all. Nigeria’s situation reflects a complete failure by the relevant ministry in long term strategic planning for the education sector. The clear effect is that the only visible path for every young Nigerian after secondary school is the university. Government would need to revisit and resuscitate massive investment in provision of technical and vocational education. Technical education is necessary to provide a pool of skilled and self-reliant craftsmen, technicians, and technologists in technical and vocational fields and serve as engine of growth in the industries. The dearth of this category of human resource training no doubt also accounts for the mad rush for university education.

Meanwhile, there is no doubt that a few of the private universities meets international standard and have raised the bar in terms of quality. But several of them are at best ‘glorified secondary schools’. The National Universities Commission (NUC) through its accreditation mechanism must be alive to its responsibilities to ensure that standards are maintained.