Okechukwu: Tinubu Has 60 Percent Winning Chance in 2023 58 mins ago 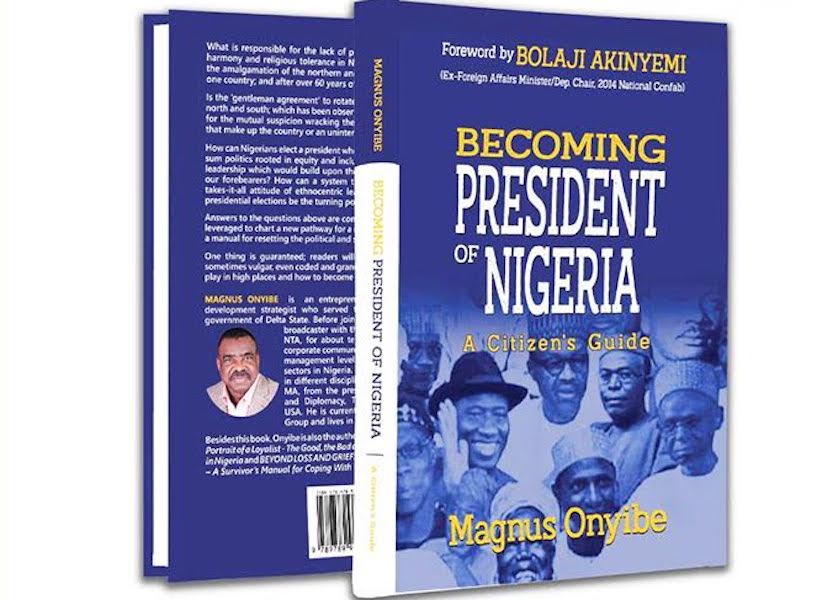 A new book focused on how to become president of Nigeria, written by Magnus Onyibe, a development strategist, public policy analyst, and media columnist, has just been released to the public and will be formally launched in Abuja on May10.

The 357-page book chronicles the evolution of political leadership in Nigeria and outlines the turning points in the nation’s checkered political history. With keen eyes on the ethnic and religious sensitivities responsible for the mutual suspicion of one another by the multiple ethnic nationalities that make up the country, the author shines light on how Nigeria is practising zero-sum politics via the rotation of presidential power between the north and south, an agreement that has inadvertently been undermining the unity of the country and is responsible for the lack of real socioeconomic progress even as it is fuelling ethno-religious disharmony in Nigeria.

Professor Bolaji Akinyemi, ex-foreign affairs minister (1985–7) and deputy chairman of the 2014 National Confab, writes in the book’s foreword that “Nigeria is not a zero-sum politics where what one gains, the other loses” and comes to the conclusion that “it can be a multi-sum politics in which structure and gains are shared with equity.” The book is illustrated by Tayo Fatunla, an award-winning political cartoonist, and is published by lnspire media services limited, which is located at lnspire Automotive City, (Former Lapal House Showroom) no 235, Igbosere Road, opposite Igbosere magistrates court, Lgbosere, Lagos Island.