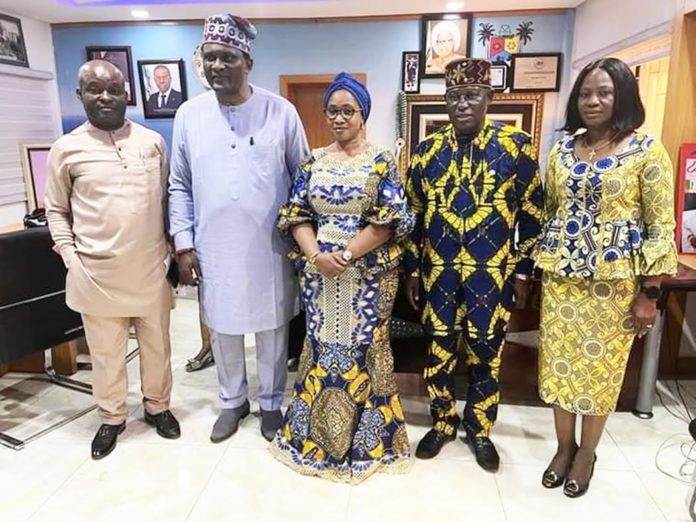 The Federation of Tourism Associations of Nigeria (FTAN) and  Standard Organisation of Nigeria (SON) are now working together with the Lagos State Ministry of Tourism, Arts and Culture in an effort to achieve best practices in the planned national hotel grading and classification exercise, with Lagos as the pilot.

Representatives of the three organisations, who met in Lagos, recently, discussed how to collaborate to chart a national uniform grading and certification model for other states to follow.

He said: “The implementation of the standard is very important to the stakeholders in Nigeria (hotel owners and all hospitality and tourism promoters) because it is a sign of an upgrade in our hospitality business environment.

“The demand for a unified, one-stop certification and rating system for Nigeria hospitality establishments is a request from the major stakeholders to reduce the weight of compliance on the owners.

“The inspection is going to be carried out by the state ministry of tourism and in line with the requirements of ISO/IEC17020:2012 Standard, which specifies requirement for competence of bodies performing inspection and for the impartiality and consistency of their inspection activities.”

According to Nyado, “The provision of certification service is in first, second and third phases among which are the inspection and grading audit, assessment report and recommendation, and the final stage is the certification.”

In her remark, the Lagos State Commissioner for Tourism Arts and Culture, Mrs Uzamat Akinbile-Yusuf appreciated the SON team for the visit over the grading of hotels.

She reminded attendees that Lagos has its own grading and classification mandate under the ambit of the law, adding that such provision is still valid and will be upheld irrespective of the collaboration.

Getting more curious about the position of the SON, she asked for the actual role of SON in the hotel grading exercise, stating that they would not play second fiddle in their mandate which was  clear under the Supreme Court judgment.

The commissioner also agreed on the fact that FTAN, which is an organised private sector body, is pushing the course for the benefit of the country and Lagos, but also held onto her position on who is taking a lead position in the grading exercise.

Giving a clearer picture of the process, the President of FTAN, Nkereuwem Onung said the purpose of the collaboration was not to superimpose one party on the other but to use the process of division of labour to actualise the process that would bring uniformity in the hotel industry in terms of national grading and certification.

“We are actually making Lagos State the pilot of this grading and classification project as a pace-setter and we know and believe that if the state gets it right, it will be a sustainable lead for other states of the federation.”

Onung explained that it was high time Nigeria  joined the global best practices in giving our hotel and other tourism and allied business an international standard so that all other benefits accrued to the status can be enjoyed.

He warned: “We are losing many things owing to non-uniformity in the national grading of our hotels and this is an impediment to investment opportunities because no investor will want to invest in an environment or business where everything goes.

“Also, as it is now, where a one Star hotel in state ‘A’ will be Two or Three Star rating in other states and so on.

“The Lagos State on their part made it clear that they are ready to collaborate and make the process work provided the parties involved in the collaborative effort recognise the legal provision of the Supreme Court in favour of the state.”

Akingbile-Yusuf agreed to take time out to look at the SON strategic document on the requirements and guidance for use on hotel and serviced accommodation management systems and rating. The team promised to get back in a month’s time for another meeting.