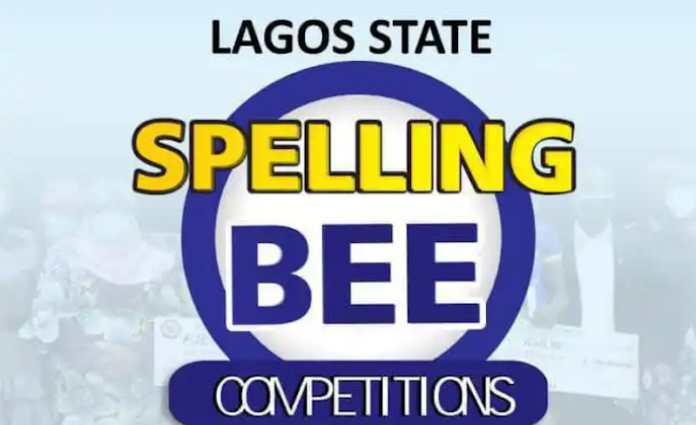 In this report, Omolabake Fasogbon writes about how the Lagos State Spelling Bee competition has enhanced educational outcomes and the need to sustain its broad impacts

Limitless reasons abound in the choice of education over ignorance. The outcomes have not been disappointing. The United Nations considers education a veritable tool to enable upward socioeconomic mobility and escape poverty. It recognises it as indispensable in reaching gender equality and fostering tolerance and peaceful societies.

At an individual level, the universally accepted goals for education aim for every child acquires new skills, decide on a career path, develop a positive attitude and confidence, resilience and ability to think critically.

Achieving the education goals does not come cheaply- it is worked for, educationists have averred. Getting the work done, however, does not spare anyone. The parent, schools, teachers, government at all levels, private organisations, non-governmental organisations, individuals and students all have a part to play in actualising education goals.

Education proponents found the competition to have come in handy and a major enhancer in realising education goals. Recent research carried out by a group of academics in the London School of Economics further revealed how competition is working out to impact children’s progress.

In her words, Founder and Executive Director of TrueCompetition.org, Jennifer Veale, said, “Healthy competition inspires kids to do their best – not just good enough. When students compete, they will become more inquisitive, research independently, and learn to work with others. They will strive to do more than is required. These abilities prepare children for future situations of all kinds. Whether it’s applying to college, seeking a promotion, or finding a cure for cancer, the ability to be competitive will give them an important edge.”

Considering its impacts, many private organisations are exploring the platform to support the government’s efforts in realising education dividends. Among them are the Maltina School game, Cowbell mathematics competition, Interswitch SPAK Competition, and Nigeria Info’s Debate Competition.

Quite a number of Nigerians have harnessed competition as a ladder in reaching their immediate and future dreams either by way of prizes and cognitive boosts but also by raising the Nigerian flag higher on the global stage.

A good reference is Fatima Akinola, the Nigerian scholar who graduated with a perfect grade in Mathematics from Marshall University in the United States. As secondary school student, Akinola partook in several competitions outside her school. According to her, she could not have scaled so high without the exposure she got as a partaker in several competitions back home.

Lagos is a shining example concerning education development at the state level. The state actors are not resting on their laurels, nor are they taking chances with opportunities proven beneficial to the growth of students. For 20 years now, the state has set standards with its ‘Spelling Bee’ competition anchored by the Office of Education Quality Assurance in the Lagos State Ministry of Education.

So far, the initiative has not dwindled in expectations, especially concerning the discovery and making of talents.

Then-First Lady of Lagos and now senator representing Lagos Central Senatorial District, Oluremi Tinubu, set the stage opened for the Spelling Bee, which has become a yearly tradition in Lagos.

So far, the organisers of the much-coveted competition have been pulling out all the stops, thus consolidating the founder’s mission.

Asked about the driving force, Director-General, Office of Education Quality Assurance, Lagos State Abiola Seriki-Ayeni, hinged the success on the commitment and support of successive administrations and private sector involvement.

Previous editions had proved exhilarating. The attractions and buzz came lavishly at the concluded 20th edition of the competition that saw Abdulazeez Abdulrahmon of Oriwu Model College, Ikorodu, come first, ahead of 57 other students in Lagos.

Abdulrahmon was crowned the winner at the Adeyemi-Bero auditorium at Alausa in Ikeja. This came as a surprise to the winner, who could not avoid tears of joy.

Abdulrahmon smiled home with N300,000 and a scholarship to any Lagos-owned public university for his fine performance. This is in addition to the opportunity of becoming a one-day Lagos governor and a trip to Finland.

“I was able to overcome with persistence and Prayer,” said Abdulrahmon.

Seriki-Ayeni commended all the contestants, noting that “sometimes to get one success, you’ll experience many failures.”​

Also on the ground to cheer the champions was the Commissioner for Education, Folashade Adefisayo.

“This gives credence to the government’s commitment to improving teaching and learning in Lagos public schools,” she stressed.

According to Seriki-Ayeni, several past Spelling Bee winners now hold key positions of leadership in the country.​

She said, “Like everywhere else in the world, we can never do enough. What we can do and keep doing is providing an enabling environment for our public school students to thrive – and this by committing to holding ourselves accountable, pushing the boundaries of what has been done before, and putting our money where our mouth is by making funds available.

After a series of preliminaries, other winners that emerged from the 57 public primary and secondary schools were Oki Coordinator from Ansar-udeen Society Senior Grammar School, Badagry, who received a prize of N200,000 for emerging the first runner-up; Alimot Saheed of Jubilee Model Senior Secondary School, Coker-Aguda came second-runner up with a prize of N150,000.