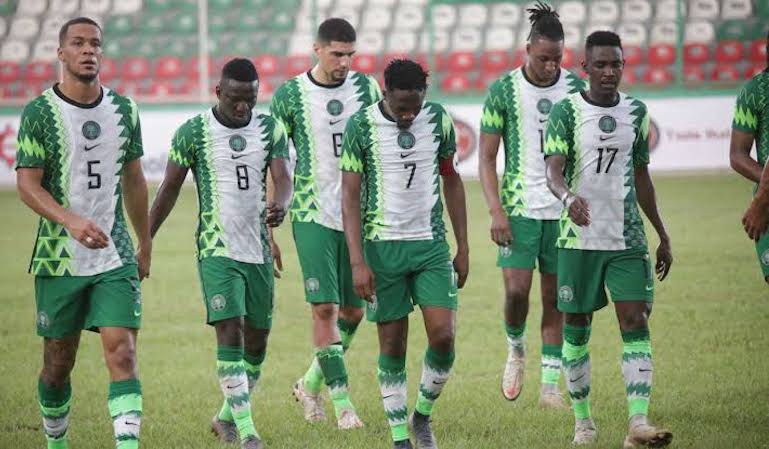 After second round exit at the last Africa Cup of Nations in Cameroon early this year and followed by a failed bid to reach the finals of the 2022 World Cup in Qatar, Super Eagles will know their opponents this evening in South Africa when the draw ceremony of next year’s AFCON qualifying tournament holds.

Super Eagles are among the seeded teams and will join other top nations to compete for the 15 slots at stake.

The Confederation of African Football (CAF) yesterday released the procedures for the draw and teams scheduled to participate in the draw will discover their paths for possible qualification for the competition when the draw comes up at the studios of SuperSport in Johannesburg, South Africa today at 17h30 GMT.

The 48 countries qualified to participate in the second round of the qualifiers have been seeded into four pots based on the official FIFA ranking released on March 31, 2022.

The teams will then be drawn into 12 groups of four teams (Group A to L) with the top two teams from each group qualifying for the tournament to be played in the West African country.

Hosts Cote d’Ivoire will also participate in the draw even though they have already secured their place in the tournament which means only one other team from their group will qualify for the competition.

Kenya and Zimbabwe, who have been suspended by FIFA from all football activities globally, will also be included in the draw despite their temporary bans.

However, if the suspension is not lifted two weeks before their first matchday of the qualifiers, both associations will be considered as losers and eliminated from the competition.

Consequently, their groups will  comprise of three teams with the first and runner-up teams of those groups qualifying to the final tournament.

As a result of that decision, Kenya and Zimbabwe cannot be drawn in the same group in order to avoid having one group with only two teams in case the suspension on both associations is not lifted.

In the draw to be conducted by the CAF’s Director of Competitions, Samson Adamu, and assisted by African football legends- Lucas Radebe of South Africa and Ivorian Solomon Kalou, the first ball will be drawn from Pot 4 and will go to position A4.

The same procedure will be repeated for Pot 3, Pot 2 and finally Pot 1.

The qualifiers will start in June 2022.