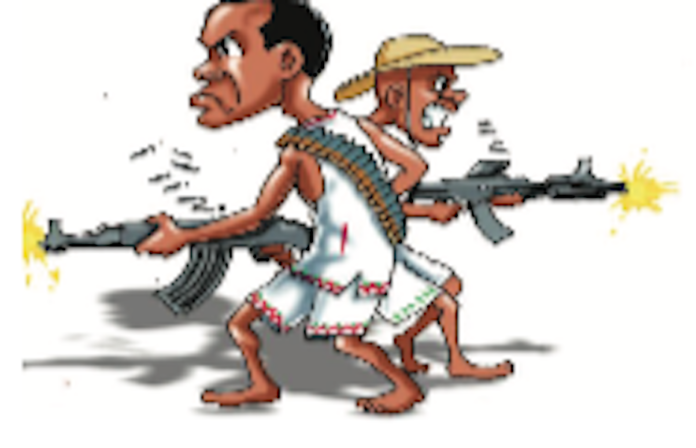 In one of the latest violence blamed on criminal gangs, some gunmen stormed a police station in Niger’s State Magama district leading to the death of the Divisional Police Officer (DPO), two other policemen and four vigilante members. In similar attack in neighbouring Kebbi State, motorcycle-riding bandits invaded a tomato-processing factory and engaged the police guarding the facility in a gunfight which led to the death of four policemen and several of the gunmen. In yet another attack in Kanya Village also in Kebbi, 19 security personnel including 13 soldiers were killed, a day after some bandits killed some 57 vigilantes in ambush in nearby Sakaba.

But the challenge to security forces is deep, while the tragedy cuts across all security agencies and its nationwide. Indeed, many Nigerians are not only worried by the abysmal failure of the police and other security agencies to effectively discharge their mandate, but they are also increasingly disturbed by the inability of the security agencies to protect themselves from harm. The rising wave of attacks on police officers and their facilities have become part of the general insecurity affecting the country. If trained and armed law enforcement officers who wield state authority could become easy game for criminals, what chances have ordinary people?

In the south, Imo State is perhaps the vortex of violence, recording the highest number of police personnel killed between 2020 and 2021. Last year, the state government released a list of 21 officers who were murdered, complete with their divisions. Government has repeatedly blamed the secessionist group, the Indigenous People of Biafra (IPOB), and its militia for the attacks, at least in the Southeast, even if the identity of the gunmen is yet to be ascertained. But the killings did not start today. A former Inspector General of Police, Mr. Solomon Arase revealed that between January 2014 and April 2016, no fewer than 350 policemen died while discharging their duties. According to Arase, 272 others sustained various degrees of injuries within the same period.

Earlier in 2013, the country was treated to the sensational murder of 74 police officers and 10 Department of State Services (DSS) officers by members of the Ombatse Cult in Lafia, Nasarawa State. Till date, there is no information in the public domain whether these criminals were hunted down and prosecuted, a pointer to some structural defects in the security architecture. The bandits across the country are evidently armed through the limitless inflow of small arms and ammunition into the country on a regular basis.

The Nigeria police has a total strength of about 370,000, for a population of 200 million, a ratio that is abysmally low for it “to measure up to its law-and-order mandate.” In addition, the force is antiquated and ill-equipped to tackle the current security challenges. A fortnight ago, the Senate tasked security agencies to be proactive in the fight against insurgency, banditry, and terrorism, to prevent loss of lives and property. That is a worn line, said repeatedly with limited impact. But it is disturbing that citizens would turn against the very people who are paid to protect them. It signifies on one hand a breakdown of confidence between the people and security agencies of the state and on another, a tendency towards anarchy.

The authorities must do more to stem the current rate of depletion by increasing the capacity of the force, equipping it with the modern equipment, and raising their moral. Only recently, there were reports that the rank and file of the force might go on strike on issues relating to welfare. There is a relationship between the well-being of the police and the security of the nation and citizens.