Buhari: Shiroro Attackers will Not Go Unpunished  12 mins ago

AFBA Condemns Massacre of African Migrants in Morocco 1 hour ago 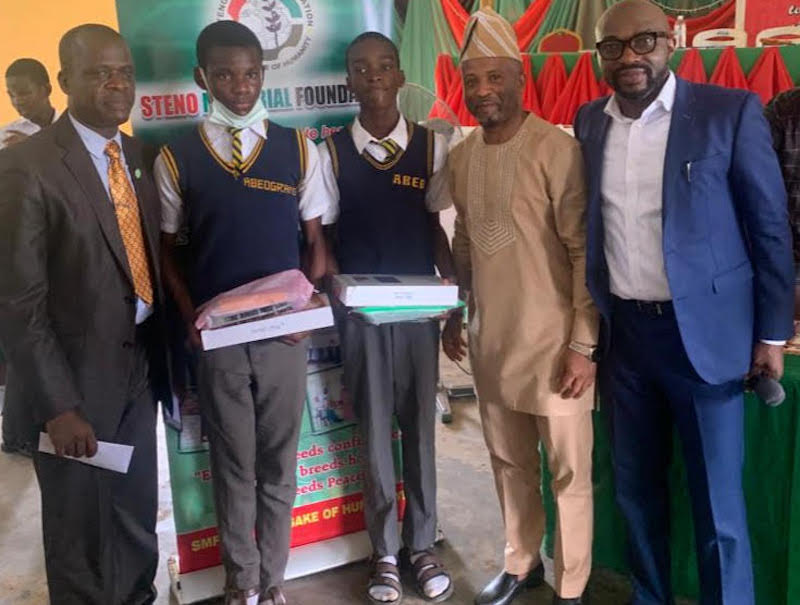 A non-governmental organisation, Steno Memorial Foundation (SMF), has provided free medical services, secondary school educational support and social welfare support to residents of Ogun State and other states in the country with over 500,000 lives impacted.
The Founder/Chief Executive Officer of the organisation, Dr. Olufemi Sanni, who made the disclosure in Ibadan, the Oyo state capital, said the foundation was founded to  assist the less privileged most of whom are women, indigent students, out-of-school youths and the aged.
He said the foundation since its establishment in 2011 had provided a range of medical services including  free surgical evaluations and surgeries, eye screening and cataracts surgeries, community level medical screenings and consumables, and psychosocial support by bursaries, scholarships and social support funds for the aged and widows.
Sanni while speaking on the educational impact of the foundation, revealed that it has provided full tertiary scholarships till university completion for over 12 indigent students, impacting their families and lifting them out of the burden that sending their wards to the university would have costed them.
According to him, “Our focus is health, education and youth development. We have organised medical outreaches, we have organised free surgical services for people and we have given scholarship to students in higher institutions because we believed that education is the bedrock for development of any nation.
“On the 23rd of March 2022 will go down in the annals of our history at Steno Memorial foundation as we recorded another successful outing in our annual state wide quiz competition  finals.
“We give glory to God and thank immensely all those that dedicated time and resources into making it such a resounding success.
“On a larger scale, in conjunction with the Ministry of Education, Science and Technology, the foundation has impacted the secondary school level education in Ogun state with the annual SMF secondary school quiz competition which it has been running since 2014. The competitive nature of the quiz had been able to showcase the best of brilliance of Ogun state students and the tenacity of  teachers in the state.
“This year on the 23rd of March was not different with Remo Secondary School taking the lead in the quiz competition finals. The event was well attended to the delight of the students who put up a good showing in the highly competitive event that saw all the students proving their prowess.”
The Secretary of the foundation; Barrister Taofik Lawal, in his remarks, spoke on the commitment to raise the bar in the educational standards across Ogun state and Nigeria as a whole while he presented scholarship to the winning team.
Sanni while closing the event, lauded all who gave support for this year ceremony and over the years, assuring that the foundation shall keep striving to impact lives through its commitment to education, health and social sectors as reflected in the foundation’s mission.
He said, “I thank the Chairperson, LOC, SMF Quiz Competition, Mrs Olukemi Abosede Olusanya; Chief Coordinator, Examinations/Quiz competition and Mentorship program, Chief (Mrs.) Afolashade Sosanwo-Adedeji and Secretary of LOC Quiz competition, Mr. Wale Adenaya and all our coordinators and volunteers in all the local government areas. Our supportive friends and family that have supported our cause over the years. I also thank the Ogun State Ministry of Education, Science and Technology for giving approval to organise the competition yearly since 2014.”