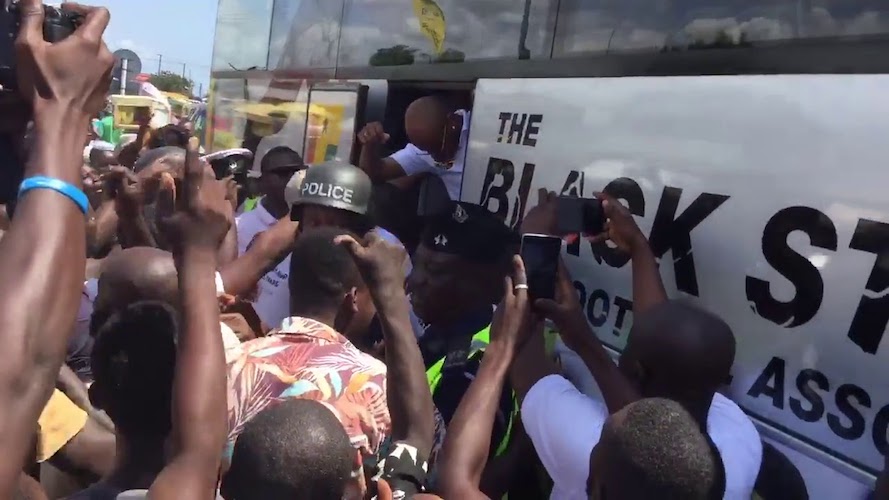 Determined to boost the morale of their players ahead of the epic clash with Super Eagles of Nigeria tomorrow at Baba Yara Stadium in Kumasi, hundreds of Ghanaian fans turned up at the team’s first full training yesterday.

Although the fans were denied entry into the 40,250 capacity stadium because the training schedules were strictly behind closed door, Ghanaweb.comreported that most of the fans waited outside till the ned of the session and moments the players embark on the bus, the fans thus slowed down the vehicular traffic.

“The trip from the stadium to the team’s hotel is just about 30 minutes but they caused the bus a little over an hour,” the web reported.

The Black Stars interim coach, Otto Addo, took charge of the training with 26 out of the 27 players invited took part in.

The team trained behind closed doors at the Baba Yara Sports Stadium where they would be hosting Nigeria tomorrow.

According to reports, the team had a brisk training session without any issues of injury in camp.

The only player who missed the training session in the Black Stars was striker Jordan Ayew.

The Crystal player has been passed fit and is on his way to Ghana to join his teammates in camp according to reports.