Immigration Officers Trained on Mental Health in Rivers 51 mins ago 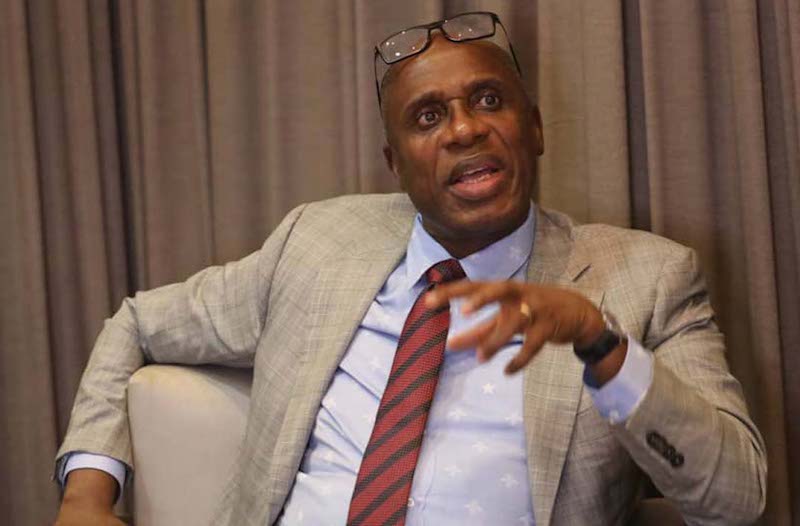 The Minister of Transportation, Rotimi Amaechi has hinted that the Kano Dala Dry Port project will reduce the cost of haulage and bring shipping facilities closer to the hinter land.

Amaechi noted that the Dry port will among other things bring shipping activities closer to shippers in the hinterland and increase cargoes throughput, act as a catalyst for improved trade flows, boost inland trading.

He made the disclosure during the unveiling of the logo of Dala Dry Port, Kano Economic and Diaspora Investment Summit in Abuja.

He disclosed that the Dala Inland Dry Port in Zawachiki would be linked to the Lagos-Kano Standard Gauge Rail line under construction as well as the Narrow Gauge already in existence, adding: “The port will revitalize export of agricultural products thus leading to multi-product economy; create employment opportunities that would ultimately stem rural urban migration and act as source of Internally Generated Revenue (IGR) to the host state as well as revenue source to the federal government.”

Represented by the Ministry’s Permanent Secretary, Dr. Magdalene Ajani, the Minister noted that a State with sizable number of textiles and agro-allied industries, a Motor Assembly Plant, hides and skin industries and several manufacturing plants deserves an Inland Dry Port.

He however assured the business community and intending investors that that the federal government was committed to linking all Dry Ports with rail lines for optimum utilisation and efficiency.

While Unveiling the Logo and Theme of the Dry Port, the Kano State Governor, Mallam Abdullahi Umar Ganduje, said that the unveiling is prelude to Kano Economic Investment summit which will showcase the Dala Dry Port as a major transport infrastructure and other sector like the Kano economic city that will stimulate industrialisation and commerce.

Ganduje in a virtual presentation at the ceremony, noted that Kano has always had a very large commercial settlement even more than Lagos, arguing that even when the colonial masters arrived the country through the sea, they were able to identify the economic potential in Kano and did not hesitate to build a railway line up to the state not deterred by distance.