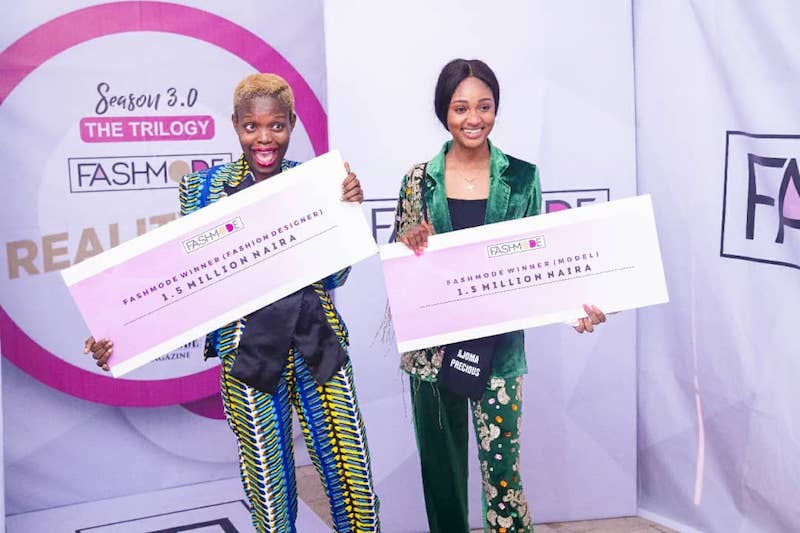 This was contained in a recent statement signed by CEO, La Mode Magazine, Sandra Odige, following the completion of the reality show, with the grand finale held on February 25, 2022.

According to Odige, the show which was segmented into two phases, online and offline, hosted a total of 30 contestants comprising of fashion designers and models, who competed with themselves after which 10 of them emerged at the ‘Top 10’, and were admitted into the FashMode house.

“FashMode, a first if its kind in Africa reality TV competition, that seeks to promote and shine the light on the African Fashion and Modeling Industry, and eventually presents to the continent and the world at large its Ultimate Designer and Model Combo, each session comes with a twist.

“From top 10 we had the top five and eventually the winner. The contestants were properly groomed and drilled in all areas of their profession, including research, strategic partnerships, public speaking, executive presentations, masterclass etc.

“The show saw top celebrities, like actors, Belinda Effah and Queen of Big brotherNaija 2021, and many more.h the contestants on things that will help them grow and be sustainable in their career paths. The contestants were given week tasks and the judges were always present to give their views about each task.

“Designer, Abiodun Eniola and Model, Precious Ajoma, had their lives changed in a moment as against all odds they emerged as the Ultimate Designer-Model winners, and walked away with a whooping sum of N3 million each, shared equally between them, and lots of amazing prices,” she noted.