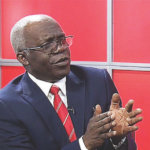 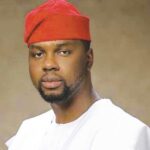 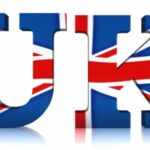 A former Presidential candidate and chieftain of the ruling All Progressives Congress, APC, Gbenga Olawepo-Hashim has backed the call by the Governor of Borno state, Babagana Zulum, for a new security template in the war on terror.

Olawepo Hashim also saluted the courage of men and women of Nigeria’s Armed Forces as well as other security personnel that have continued to make huge sacrifices to wade off terror and keep the country safe.

In a release by his media office in Abuja at the weekend, Olawepo-Hashim explained that for those sacrifices not to be in vain, it waa time for the nation to construct a new Defence and Security Architecture to permanently destroy the seed of terror and uproot banditry/kidnapping across the country.

He equally enjoined the federal government to take note of the alarm raised by Governor Babagana Zulum of Borno state to the effect that Nigeria’s existence was threatened by the growing number of ISWAP fighters in some parts of the state, warning that allowing the terrorist group to grow would spell doom for the country.

“With all manners of armed groups within two hours drive to Abuja, (the nation’s seat of power), from Niger and Kaduna, no one should downplay this threat,” he warned..

Zulum’s warning is coming a day after the Federal Government said it uncovered 96 financiers of Boko Haram and ISWAP, adding that at least 123 companies and 33 bureaux de change were also linked to the terrorists.

Olawepo-Hashim therefore maintained that Governor Zulum’s warning wps timely and that the war in the North East and the insurgency in the North West requires a new defence and security template and perspective.

According to him, if between 2015 and now, the government has allocated approximately N5.081tn for defence, including the appropriation of N4.669tn to the Federal Ministry oqiiiiiif Defence from 2016 to date and $1bn for the purchase of military equipment, the template on the fight on terror requires political responses that must tackle the underlining causes of the threats.

The root causes of insecurity, he argued, are rising poverty, rising illiteracy, bigotry, and hate, adding that Nigeria will be able to rise again once we commit to tackle these causative factors of insecurity even as we rejig the security architecture and structure of governance.

He therefore called on political leaders to put heads together “in order to agree on a workable agenda to stabilize our bleeding nation”.

Specifically, he recommended the establishment of a Defence Cooperation Agreement (DCA) with a friendly nation to halt the enemy’s advance, especially those friends who have triumphed over such threats before.

“Those who are fighting Nigeria are from all over the world, the enemy is multinational in its composition”, he said.

Other suggestions include: creation of the framework for States and Local Governments to have their own police.

According to him, “terrorism and other threats from non-State actors is a new war which modern standing armies are not too familiar with in their training modules and general operational orders.

“The way and manner by which the forces of Taliban swept through Kabul unchallenged in Afghanistan is too fresh in our minds to make any one go to bed with two eyes closed!”