After a chaotic period in the ruling All Progressives Congress (APC) that preceded his emergence as the party’s Chairman Caretaker and Extraordinary Convention Planning Committee (CECPC), Yobe State Governor Mai Mala Buni has been able to restore order and sanity in the party since coming on board.

As a ruling party political party with responsible structures and built-in integrity to preserve the kernel of democratic institution, the Buni-led CECPC leadership on assumption of administration of the party recognised that it cannot entertain the flagrant display of impunity in the management of the party most especially as it regards the crucial processes that would lead the party into its National Convention.

These concerns of CECPC are the flagrant abuse of set constitutional and procedural steps that, if not promptly addressed, may create a volcano of crisis both for the coming party convention and general elections ahead.

To this end, CECPC has been judiciously guided to observe all prerequisite political processes to the convention, and has been working to set the party structures aright to ensure compliance with all sacrosanct rules and regulations of the party and the electoral law as regard to the conduct of National Convention of the party.

The party, under the CECPC administration conducted relatively very successful Ward, LGAs congresses, and States congresses, across the wards, LGAs, the 36 states and Federal Capital Territory.

There is no doubt that the achievements of the party under CECPC has further endeared the party to the electorate and APC has become a stronger party than it was years back. It is very easy to identify and list the achievements of CECPC overtime because they are uniquely visible for all party members and Nigerians to see.

Among the many landslide feats achieved by the Buni-led committee is the conscious efforts to bring the party totally out of conflicts that had bedevilled it which culminated in the emergence of the Senator Abdullahi Adamu-led Reconciliation Committee that worked assiduously and recorded huge outcomes.

A source at that the party’s headquarters in Abuja, who commended the efforts of the Buni-led committee to put APC on a solid pedestal recalled with nostalgia how the party was hit by image-damaging crises which defied all political solutions.

“We are all conversant with the condition of the party as at the time the erstwhile chairman, Comrade Oshiomole was being excused from the chairmanship position of the party; the party was literally in shambles and destabilised. The CECPC came on board, and in no time was able to stabilise the party. It was on record that the party was bedevilled with numerous conflicts and litigations, with many strong members taking their leave from the party and the party losing its number of strategic political officeholders in its fold. The conflict resolution committee set up by CECPC did a good work that led to various consensus agreements that led to the withdrawal of almost all court cases against the party and among members of the party.

“We had earlier lost the governor of Edo State to the main opposition party, but CECPC was able to recreate trust in the party that swells the rank of governors in the party from 19 to 22 since its resumption of duty. For the first time in the history of a political party in the country, and as an aftermath of the peace that was restored in the party after the conflict resolutions, CECPC on behalf of the party puts together the plan for and executed a nationwide membership registration that has significantly swollen the membership population of the party and has allowed the intake of many bigwigs that trust the party enough to dump PDP for APC. Thanks to the successful membership registration exercise, the party now enjoys a robust membership register across the 36 states and FCT.”

Not limited to these alone, the further said that “CECPC successfully set up a constitutional review committee that reviewed the Party Constitution to give the party a more contemporary and proactive rules of engagement. The party under the administration of CECPC has assumed total ownership of the Party National Secretariat, after meeting all financial commitments with the former owners of the structure. Before now, the building has been held by the party on a yearly rental agreement, a situation that is unbefitting of the status of the party as a ruling party in the country.”
It would be recalled that when CECPC came on board, the party was hugely indebted to lawyers as a result of several lined up litigations in the immediate past. “It is now on record that CECPC has offset the entire bulk of this debt in the course of the period under review,” the source enthused.

As part of the preparation for the party’s National Convention and the 2023 elections, the Buni-led committee began its array of congresses with successful ward congresses across the 36 states and FCT.

According to the source, “The ward congresses were uniquely successful, because unlike past experiences of political parties in the country, we were able to midwife peaceful, seamless congresses without a single report of casualty or litigation. The LGAs congresses had followed suit with similar success levels across the entire local governments in the country.

“The state congresses were conducted towards the end of the year and recorded successes in about 80 per cent of the state, enough to adjudge it successful. It is without controversy that the party under the leadership of CECPC has become much better than anticipated. With a stronger membership base, influx of political bigwigs from other parties and a whole list of successful pertinent undertakings, including legal prerequisites to the convention. By any reasonable consideration, CECPC deserves many commendations and at these critical times, a vote of confidence that it is more than capable to round up its assignment by delivering to the party a National Convention that bears the same mark of successes associated with the committee.”

As table is set with the timetable rolled out for the APC National Convention, CECPC deserves the support of the entire members of the party at all levels, units, and groups within the party and of whatever remote connection to the party. The Buni leadership of the party will no doubt deliver as usual. 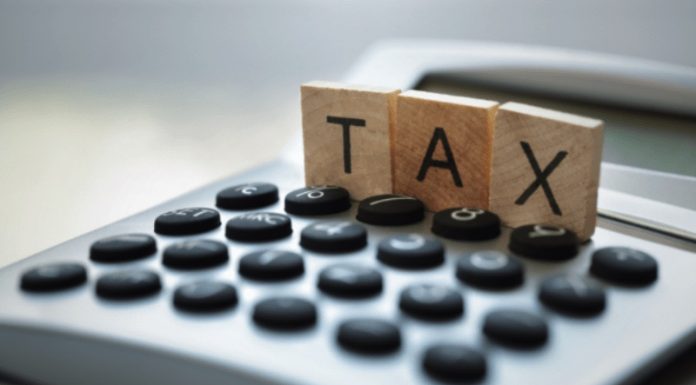