James Sowole in Abeokuta and Sunday Aborisade in Abuja

An exchange of fierce gun battle between men of the Ogun State Police Command and suspected bandits at Saala Orile forest in Yewa North Local Government area of the state, has resulted in the death of a police inspector, Omolayo Olajide and two suspected bandits.

The Police Public Relationship one Officer (PPRO), Abimbola Oyeyemi, disclosed this in a statement, saying that the incident happened on January 24.

Also, the Senate, yesterday, demanded the prosecution of the policemen, who allegedly tortured to death, a former cleaner with a Chinese restaurant, Mr. Shedrack Ochoche.

The red chamber specifically asked the law enforcement agency to come up with an explanation as to why they murdered the poor worker.

However, Oyeyemi explained that the gun duel occurred, following following a distress call received by policemen attached to Ayetoro Division, that a group of bandits were attacking some Fulani herdsmen at Saala Orile forest.

He said, “Upon the distress call, the Divisiinal Police Officer, Ayetoro, Bernard Ediogboyan, quickly led his men and operatives of Joint Security Intervention Squad (JSIS) to the scene.

“On sighting the policemen, the bandits opened fire on them and the policemen replied fire for fire. At the end of the encounter, which lasted for about twenty minutes, two amongst the bandits were shot dead while others escaped with varying degrees of gunshot injuries.

“Regrettably, an inspector of police, by name Omolayo Olajide lost his life during the gun duel. Recovered from the bandits were three locally made guns, sixteen live cartridges, assorted criminal charms, one cutlass, one small phone and one unregistered Bajaj motorcycle.”

Oyeyemi said the Commissioner of Police, Lanre Bankole, who expressed sadness over the death of the police officer while fighting the bandits, had directed that, the escaped members of the gang must be hunted and brought to justice.

The commissioner, also condole with the family of the late inspector and assured them that his death would not be in vain.

Meanwhile, the senate has insisted that the Inspector General of Police, Usman Baba Alkali, must identify the policemen, who tortured and killed the young man, Ochoche, and make them face the law.

“The Nigerian Police should be made to take full responsibility for the young struggling family Ochoche left behind,” the Senate added.

The Senate passed the resolution at plenary while considering a motion by the Senator representing Benue South, Abba Moro.

Moro, armed with a petition from the deceased family, told his colleagues that, the 29-year-old Ochoche was arrested by the Police on January 17, 2022, adding that the young man, who was a worker at a Chinese restaurant in the Jahi area of Abuja, was his constituent.

“Ochoche was arrested by men of the Nigerian Police Force with the intention to kill and they did kill him. Young Shedrack was accused of stealing the car battery of his ex-boss, a Chinese woman, popularly known as madam PimPim, the allegation came five days after he resigned from his job, because he was owed for more than three months.

“Five days following his resignation from the cleaning job at the Chinese restaurant, Madam PimPim, the Chinese boss, alleged that her car battery was missing. She went to lodge a complaint at the Mabushi Police Station in Abuja.

“The Police personnel attached to the Mabushi Police Station arrested, detained and mercilessly tortured him (Ochoche) to death in their custody. While in detention, the family members visited him and seeing his bad condition due to injuries inflicted on him, made a passionate appeal for his bail but the appeal fell on deaf ears.

“The Operation Commander identified as SP Uche threatened that no amount of begging would make him release the young Ochoche until the complete money for the battery was paid.

“He (Uche) further threatened that if he killed the young Shedrack Ochoche, no one would be able to challenge him. Sadly, SP Uche and other police personnel, carried out his threat by killing Ochoche,” he narrated.

Moro said the deceased’s family members visited the Mabushi Police Station on Monday, 17th January, only to be told that that their son had died in the early hours of the same day. 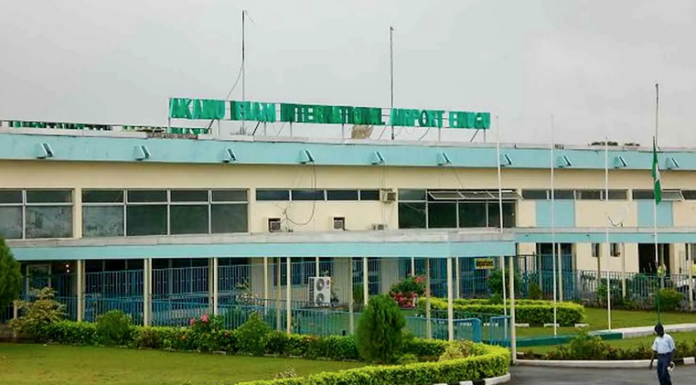