The Vice President, Prof. Yemi Osinbajo has declared that President Muhammadu Buhari is fully committed to ensuring that things are done right for the progress of the people and the country at large.

Osinbajo made this assertion while playing host to a delegation of the Catholic Women Organisation of Nigeria, (CWON) led by their President, Mary Gonsum, at the State House, Abuja.

“That is a genuine commitment. He has spent most of his life in public service at various levels. One thing that is evident is that if there is anyone committed to the progress of this country, he is,” he added.

While addressing concerns around the challenges in the country, Osinbajo highlighted the role of civic and social leadership in also tackling the issues.

“There would be times a country is faced with challenges, it is the leadership and not just political leadership, but I mean civic and religious leaderships such as yourselves who rise in support of the country by way of prayers, encouragement, and admonition,” he added.

He expressed gratitude for the visit by the Catholic women drawn from across the country and the words of encouragement from the delegation.

Osinbajo said, “I am pleased you have taken the time to come visit and encourage us because the words you spoke are words of encouragement. Very frequently, we hear criticism, it is encouragement that is often not easy to come by.”

He also commended the Catholic Church and acknowledged their role in the country.

“Every one of us is aware of the social and civic role that the Catholic church plays in our nation. This is also evident in the work that you are doing as the Catholic Women Organisation of Nigeria with the schools, hospitals and the various ways the civic and social lives of people in our country have improved. A lot of it is in the efforts of the Catholic Church,” he added.

Earlier in her speech, the leader of the delegation Gonsum commended the federal government under the leadership of President Buhari lauding, “the proactive and far-reaching policies/actions of the government as it affects the fight against corruption, terrorism/insurgency and banditry.”

She further stressed that, “the purchase and induction of the super Tucano fighter Jets is an indication of the commitment of this administration to bring to an end, terrorism and banditry in our dear country Nigeria.” 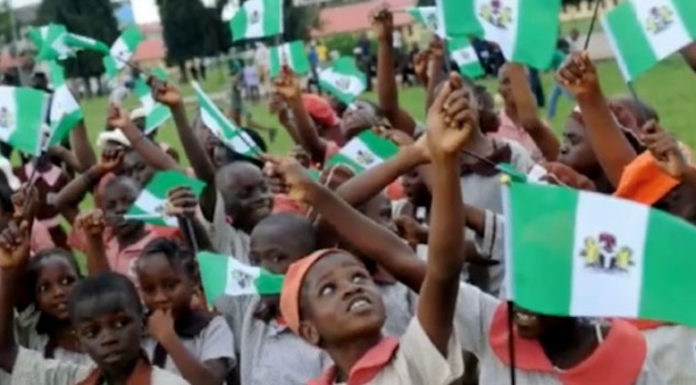