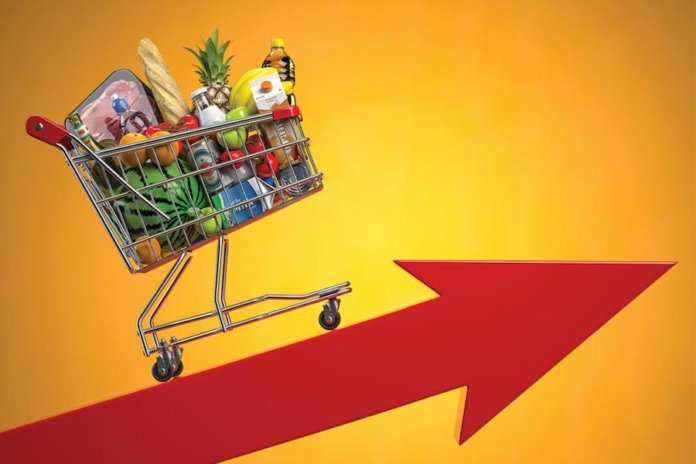 The president’s assurance should come as momentary relief for Nigerians who have endured harrowing increases in commodity and food prices over the past two years.

The president’s assurances was predicated on expectations that the successes so far recorded in the Central Bank of Nigeria (CBN) Anchor Borrowers’ Programme (ABP), especially the local rice revolution which had become the hallmark of the intervention would further boost production and availability in the country.

Inflationary pressures, often fueled by the food component had been major source of worry to both the fiscal and monetary authorities over time. The difficulty in meeting the increasing food demand by the growing population due partly to the worsening insecurity and unfriendly operating environment in the country had fuelled higher prices. The situation had been compounded by the spread of the COVID-19 pandemic, which further necessitated lockdowns and restriction of movement.

Analysts have however expressed reservations over the feasibility of lower food prices in the short term given that other factors could also influence cost of food.

Inflationary pressures continue to pose a threat to macroeconomic stability. The CBN, which had hoped to contain the headline index to between six to nine per cent, had variously lamented the that fact that food inflation remained a key issue and had severally prevailed on the government to address structural challenges in the system particularly making the farms safer for agriculture. Farmers had been constrained by the activities of bandits and other armed terrorists making the bushes and farmlands unsafe. After eight months of consecutive decline, the Consumer Price Index (CPI), which measures the level of inflation rose to 15.63 per cent year on year in December compared to 15.40 per cent in the preceding month.

The headline index had maintained steady decline from April 2021 to November 2021, before returning to the upward trajectory in December, according to the National Bureau of Statistics (NBS).

The rise in the food sub-index was caused by increases in prices of bread and cereals, food product not elsewhere classified (n.e.c), meat, fish, potatoes, yam and other tuber, soft drinks and fruit, the statistical agency pointed out.

Also, the Selected Food Price Watch for December 2021 revealed that higher prices were recorded on a month-on-month and year-on-year for all selected food reported except for broken rice (ofada) and garri white, whose price declined month-on-month by -0.09 percent and -0.92per cent respectively.

It has become a general belief that achieving bumper harvests following a promising farming season could make lead to better agricultural produce yields, boost availability and going by the economies of scale as well as forces of demand and supply, naturally cause a reduction on prices of food items.

But these assumptions, which should ordinarily hold water, all things being equal, has failed the test of time in the country where it is taken that whatever prices go up never come back.

It is not the first time that the government had promised lower food prices without results.

But the rest is history today as the prices of the commodities can better be imagined. Government has continued to rely on bumper harvest to reduce the prices of food items.

Several agricultural commodity associations have variously highlighted increasing challenges to food production including costs associated with their operations, risks and lack of conducive environment to practice agriculture. These concerns have only weakened expectations for lower food prices occasioned by bumper harvest.

The Minister of Agriculture and Rural Development, Mohammed Abubakar, said the country loses 50 per cent of its annual farm gate value to the damages of pests which cause yield and quality losses, reduce food availability, and increase food prices.

Also, Chairperson of the Association for Small Scale Agro Producers in Nigeria (ASSAPIN), Amina Bala Jubrin, had told THISDAY that it was not possible to achieve lower food prices even during harvest because of the operational costs which farmers incur during farming.

She said the costs of farm inputs and poor infrastructure had often reduced their profitability even at farm gate.

And as Ogbeh once pointed out, farmers themselves had expressed their resentment with government over plans to cut food prices, accusing the latter of sabotaging their business by jeopardizing profits.

However, some analysts have also called on the government to explore the option of subsidizing food in order to address food inflation.

The former minister of agriculture had added that, “Every country in the world supports agriculture whether they call it subsidy or support, it is exactly the same thing.”

The World Bank recently warned that with the COVID-19 crisis ushering in associated shocks – especially to food prices – and social protection remaining rare, households’ food security and their welfare at large is under serious threat.

Meanwhile, analysts in separate interviews with THISDAY said Buhari’s expectation for lower food inflation could be achieved by using his fiat to ensure prices are slashed by creating a subsidy in that market.

They also agreed that boosting local food production could in the long run pay-off by ensuring competitive market prices.

The analysts further observed that success of the CBN ABP alone was not enough to guarantee food price crash at the moment, adding that with expected increase in electricity tariffs, rice processors and marketers are most likely to reflect the costs into their commodity prices.

Managing Director/Chief Executive, Credent Investment Managers Limited, Mr. Ibrahim Shelleng, said given the heavy investment in rice production by the government, production had increased dramatically but this has not necessarily impacted on domestic prices.

According to him, with the high cost of production in the country, it is still cheaper to import “although this is gradually changing especially since the quality of locally made rice is almost at par with the foreign varieties”.

Shelleng said, “This may eventually push prices down in the short term but the macroeconomic variables that add to the cost of rice and other food items will undoubtedly ensure prices remain high.

“The solution to the high food prices is simply to hike up production… but this is difficult given the insecurity and lack of infrastructure to support the value chain.”

On his part, Managing Director/Chief Executive, Dignity Finance and Investment Limited, Dr. Chijioke Ekechukwu, said the president could use his fiat to ensure prices are slashed, thereby creating a subsidy in that market.

But he added that the sustainability of such price reduction would depend on what policies are targeted at reducing prices in the long run, pointing out that “It depends on which of them he chooses to embark on to achieve that”.

Also, Managing Director/Chief Executive, SD&D Capital Management Limited, Mr. Idakolo Gbolade, observed that the worsening insecurity occasioned by the farmer- herder crisis has not been resolved while logistics problems remaining major challenges for the farmer- factors that could impact on prospects for cheaper food prices.

He said, “We cannot completely rely on the president assurances because the factors that gives rise to food inflation has not been tackled. High cost of imported agricultural inputs has also not been addressed which is a major factor in food production.

“The success recorded in the Anchor borrowers program of the CBN that gave rise to the Rice pyramid cannot be the only solution that will amount to the crashing of food prices like rice soon.”

Also commenting on the development, Associate Professor of Agricultural Economics at University of Port Harcourt, Anthony Onoja, said it is not feasible to achieve lower food prices especially rice in the near time because of the volatility in the production processes as well as the economy.

According to him, “It is not feasible to expect a crash in price of rice so soon. This is because there are many market variables, especially factor prices whose volatility are going to restrain any expected fall in rice prices just like other agricultural commodity prices.

“For instance cost of transport is expected to rise given the impending plan of the government to further remove oil subsidies. Secondly, exchange rate volatility stares the nation in the face in 2022 too and the monetary authority appears to be helpless about this.

“Farmers go to the market to buy inputs such as fertilizer, machinery and chemicals which are imported with foreign exchange. The cost of these will naturally be transferred to consumers. The year 2022 is also expected to improve tax earnings to the Federal Government going by the Financial Act.”

Onoja said, “The end result may be increased burden of taxation on farmers and other actors in the rice value chain which will be extended to the rice price for the consumers. Talking about rice value chain actors, with expected increase in power tariffs, rice processors and marketers are most likely to factor such costs into their commodity prices.

“With increased inflation in the country cost of farm labour are also expected to rise. Given these scenario in the economy it is only a subsidy on rice prices that can meet the federal government’s expectations of rice price crash in the short term in Nigeria.”