Defend Yourselves against Attackers, Adeboye Tells Followers 2 hours ago 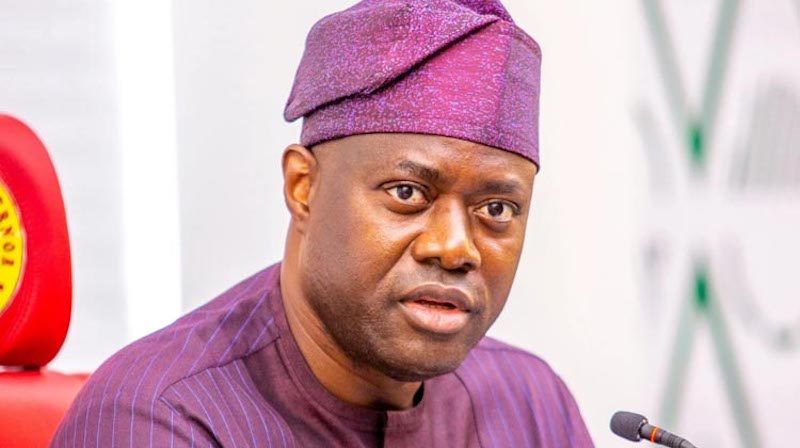 Oyo State Governor, ‘Seyi Makinde, yesterday charged Nigerians to choose wisely by electing people that have the energy to serve the Country.

The governor, who made the charge at the 65th birthday anniversary, retirement thanksgiving service, and launching of Ministry of Rev. Samson Ayokunle, held at Oritamefa Baptist Church, Yemetu, Ibadan, said that aged people who plan to run for elective positions should re-think.

The governor congratulated Rev Ayokunle for retiring from Baptist Convention saying he has done enough for the Baptist convention and Christians at large in the country.

He said that Oyo State is most blessed with the crops of spiritual leaders that surround the state, adding that Rev. Samson Ayokunle is a pride of the state.

He said: “I want to greet every one of you, eminent personalities, religious leaders, prominent Christian leaders, and heads of churches here. I duly recognise every one of you. And I want to especially appreciate you for coming to celebrate one of your own and one of our own, the National President of CAN, Rev. Supo Ayokunle.

“We have seen a lot of elders statesmen who want to run this country at age 75 or 78. I want them to think twice and I am saying to the people of Oyo State and Nigeria that this world is not easy. It is possible for you to delegate, ask people to go all over the place but when they are reporting to you, if something has not been added, a few things may have been removed.

“We are in election season basically and what I will say to us as a people is that we need to choose wisely and the people who have the energy to truly serve the country.

“To the celebrant of today, it is my pleasure to celebrate with you. We thank God for what he has used you to achieve, not only for the Baptist Convention but for Christians in Nigeria.

“So, we really thank God for securing your life to see today. In Yoruba, we do hope that when we start well, we should end well’. We believe you are ending well. And the icing on the cake for us is that you are retiring because you have done enough for the Baptist Convention but you are not tired.”