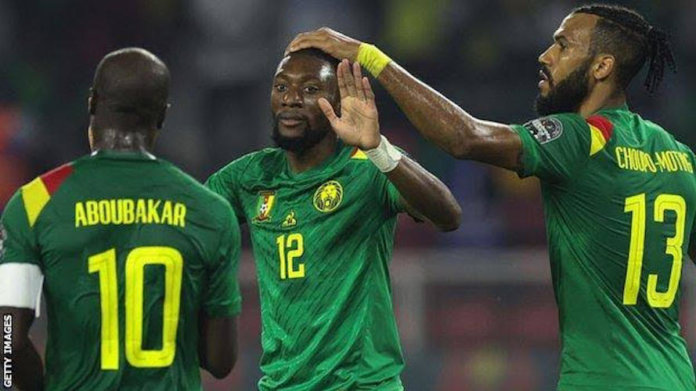 Cameroon narrowly beat 10-man Comoros in the last 16 at the Africa Cup of Nations, despite playing against a side with an outfield player as goalkeeper.

But Comoros will take the headlines after giving the hosts a massive scare.

Cameroon progress to face The Gambia in the quarter-finals on Saturday.

Debutants Comoros, ranked 132nd in the world, went into the game without a recognised keeper after Salim Ben Boina was ruled out through injury and Ali Ahamada and Moyadh Ousseini tested positive for Covid-19.

The Indian Ocean islanders hoped Ahamada might return after a negative test on the morning of the game, but organisers Confederation of African Football (CAF) said the 30-year-Old had not fulfilled its protocols.