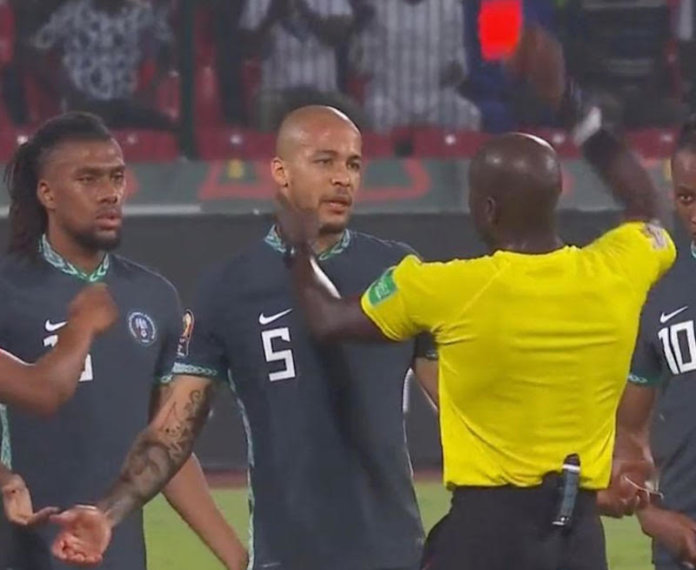 Nigerians are angry with Super Eagles at the moment. That is understandable. This is a football nation. We love our Super Eagles and hate to see the team lose. Crashing out of the Africa Cup of Nations at the Last 16 stage is something we find difficult to swallow. The last time this happened was at the edition hosted by Muammar Ghaddafi’s Libya in 1982. So the anger is understandable.

After whetting our appetite with 100 per cent record in the group stage, Nigerians looked forward to Eagles progressing to nothing short of semi final, at the least. Any team that take the Pharaohs of Egypt to the cleaners have elevated the stakes and more are expected from such a team. Defeating Egypt with Mohamed Salah and all the big name players in top European leagues signalled a resurgence of a sort for the Super Eagles. Two more victories against Sudan and Guinea Bissau created that feeling that more should be expected from Augustine Eguavoen and his wards in Cameroon.

However, many Nigerian ball fans were blinded to the reality that this same team some weeks back was floundering under German Gernot Rohr. The last 18 months of Rohr’s near six-year stint with Nigeria reduced our game to the level of Cape Verde and Central African Republic. At some point, several Nigerians lost interests in watching Eagles play. The spectacle was not only unedifying but lacked everything known about the Nigerian game. And so, there was nothing unusual for Nigerians to begin to renew hopes, seeing the resurgence happening in Eagles with those three initial victories in the group stage of the AFCON 2021.

I must admit that I was amongst the legions of Nigerians excited by the new development under Eguavoen. But I had my worries which I voiced out. As much as I was impressed by the victories, I knew it was just a matter of time for any sound technical bench to find solution for Eagles wing play. The Tunisians did. They watched Nigeria’s games in the group stage and realised that our strength lies in Moses Simon. They ensured that at every point, two defenders were on him and even seized the midfield. The outcome of this was that Moses Simon was effectively muscled out. That made Eagles attack, usually orchestrated from the left flank blunt. Eguavoen and his bench was lost. He didn’t have a Plan B or C in such a situation. He could not switch game plan to ensure that we exploit the middle since the Tunisians had locked the wings. This is where Sadiq Umar would have come handy, had he been brought in early. He may not be a Rashidi Yekini yet, the Almeria of Spain forward sure have those qualities of the early days of Yekini before he became a complete striker. With either of Taiwo Awoniyi or Kelechi Iheanacho supporting, perhaps, the story would have been different. It was appalling listening to Eguavoen giving excuses that his players were slow in reacting to how the Tunisians played in the first half. Whose responsibilities was it to change the game when his Plan A had been neutralized? Why stick to the same game when it was not producing the desired result? The 4-4-2 plan didn’t work once Simon was out. Without any creative midfielder with the capacity to switch the game, Eagles were going no where with what the Tunisians did.

Anyway, all that is history now with the 2021 AFCON in Cameroon.

One lesson Nigeria must take away from the outing in Paul Biya’s country is that Eagles have the talents to flourish under a knowledgeable gaffer. It was the same players that were ‘bad’ under Rohr’s watch that became ‘good’ under Eguavoen. And the ex-international failed to emulate the late Stephen Keshi of leading Eagles to the El Dorado because of his poor judgement in the game against the Carthage Eagles of Tunisia. Already, talks of who succeeds Eguavoen have started, with several trolling on social media those critics believed cost us the ticket to the quarter final. After the disaster that Rohr portends for the Nigerian game (most especially his last 18 months), the NFF cannot afford to make the same mistake as the 2022 World Cup playoff against Ghana is barely two months away. If the contract with Portuguese Jose Peseiro has not been signed, it should be discarded. There is nothing in his resume to suggest he’s bringing to the table anything tangible. Every good coach is rated by his last job. If Nigeria cannot hire a top rated coach for now, Eguavoen should be left to continue from where he stopped at this AFCON. He must have learnt from his mistake and make amends after reviewing his team’s outing against Tunisia. Three different coaches for Eagles between December and March leave much to be desired. The new flair Nigerians are seeing of our Super Eagles should be allowed to flourish. We should be able to pick the World Cup ticket with little resistance from the Black Stars otherwise, a major crisis looms for the administration of the game in the country.