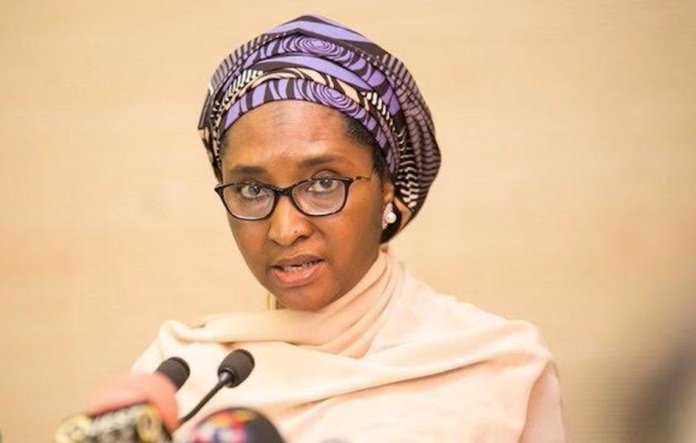 Obinna Chima highlights key provisions in the Finance Act 2021, which has been described as a game changer for the Nigerian economy

President Muhammadu Buhari on December 31, 2021, signed the Finance Bill 2021 into law. The new legislation is expected to boost government revenue and support its economic recovery drive.

Tax measures introduced in the Finance Act which also reinforced the Federal Inland Revenue Services (FIRS) as the principal tax collection agency in the country, include the introduction of 10 per cent rate for capital gains tax on gains from disposal of shares in any Nigerian company when the gross proceeds from such sales in any 12 consecutive months exceed N100million (except when the proceeds are reinvested in shares of the same or other Nigerian company within the same year of assessment).

Also, in its renewed drive to boost domestic resource mobilisation, the federal government limited companies involved in the trade or business of gas utilisation in downstream operations in the country to a, “once in a lifetime” tax-free regime, according to the latest changes effected in the Finance Act, 2021.

The new law states that additional investment, re-organisation or other forms of corporate restructuring shall not qualify for a further tax incentive under the gas investment programme.

Such companies are further barred from similar incentive under any other sections of the Companies Income Tax Act (CITA) or other law. Moreover, companies engaged in upstream petroleum operations would continue to have obligation to withhold VAT, even when they have not commenced commercial operations or have not reached N25 million turnover.

Also, the rate of tertiary education tax has been increased from two per cent of assessable profits to 2.5 per cent.

According to the FIRS, profits of companies from the exports of goods produced in upstream, midstream and downstream petroleum operations are also liable to tax as clarified in section 23(1)(q) of CITA.

Additionally, it stipulates that non-resident companies liable to tax on profits arising from providing digital goods or services to Nigerian customers under the Significant Economic Presence (SEP) Rule may be assessed on fair and reasonable percentage of their turnover in the event that there is no assessable profit, the assessable profit is less than what is to be expected from that type of trade or business, or the assessable profit cannot be ascertained.

Furthermore, the new amendments to the Finance Act states that capital allowance on qualifying capital expenditure incurred in generating tax-exempt income was not deductible from the assessable profits arising from income not exempt from tax under CITA.

However, minimum tax rate was reduced from 0.5 per cent to 0.25 per cent for any two consecutive accounting periods falling on 1 January 2019 to 31 December 2021, as may be elected by the taxpayer.

The Finance Act also states that any company that claims the reduced 0.25 per cent rate under the minimum tax rule in section 33 of CITA but filed its tax returns late would be liable to penalty equal to the benefits or reduction claimed.

The FIRS also stipulate that taxpayers may pay tax due in instalments provided that the final instalment shall be paid on or before the due date of payment.

Under the current regime, Withholding Tax (WHT) deducted from payments to a Unit Trust shall be the final tax on such income provided the said deduction is fully remitted to FIRS.

Moreover, companies engaged in the business of banking, mobile telecommunication, ICT, aviation, maritime and oil and gas with turnover of N100 million and above, are liable to pay NASENI Levy at 0.25 per cent of their profits before tax and the tax is to be administered by FIRS.

The Finance Act also vested the FIRS with the duty to assess, collect, account and enforce the payment of the Nigeria Police Trust Fund Levy.

The levy is 0.005 per cent of the net profit of companies operating business in Nigeria as provided under Section 4 of the Nigeria Police Trust Fund (Establishment) Act.

While also strengthening the service, the Act stipulated that any person who fails to grant FIRS access to its information processing systems to deploy its automated tax administration technology after a 30 days’ notice, or such extension granted by the service, is liable to a penalty of N25, 000 for each day it continues to fail to grant the access.

The law further provided that, “Any person employed in the service or otherwise that has access to taxpayer information is under a strict legal obligation to keep such information confidential.

“Leakages of taxpayer information by such person is liable to fine, imprisonment or both fine and imprisonment.”

The FIRS explained, “It is an offence, punishable by a fine of N10 million imprisonment or both, for any agency of the federal government (other than FIRS) or any of their staff or consultant, to demand for books or returns for the purposes of tax, or carry out the function of assessment, collection or enforcement of tax, or pay any portion of tax revenue to any person or into any account, other than the relevant accounts designated by the constitution or relevant laws of the National Assembly.”

Other agencies of the federal government are under statutory obligation to report cases requiring tax investigation, enforcement or compliance, encountered in the course of performing their function, to the service for necessary action; they are forbidden from carrying out tax monitoring, audit or investigation.

The Minister of Finance, Budget and National Planning, Mrs. Zainab Ahmed, explained that the tax on digital services included apps, high frequency trading, electronic data storage and online advertising, adding that, “this is introducing turnover tax on a fair and reasonable basis.”

The policy is contained in Section 30 of the Finance Act which amended the provisions of Section 10, 31 and 14 on VAT obligations for non-resident digital companies.

Ahmed said, “Section 30 of the Finance Act designed to amend section 10, 31 and 14 of VAT is in relations to VAT obligations for non-resident digital companies and the mechanism that will be used is to restrict VAT obligations mainly to digital non-resident companies who supply individuals in Nigeria who can’t themselves self-account for VAT.

“So, if you visit Amazon, we are expecting Amazon to add VAT charge to whatever transaction you are paying for. I am using Amazon as an example. We are going to be working with Amazon to be registered as a tax agent for the FIRS. So, Amazon will now collect this payment and remit to FIRS and this is in line with global best practices, we have been missing out on this stream of revenue.”

According to her, the new law applies to foreign companies that provide digital services such as apps, high-frequency trading, electronic data storage, online and advertising, among others.

She noted that in line with Section 4 of the Finance Act, non-resident companies are expected to pay tax at six per cent per cent on their turnover.

The minister who stated that the government was desirous of modernising taxes for its digital economy and to improve compliance, noted that digital non-resident companies do not need to be registered locally but would have an arrangement with the Federal Inland Revenue Services(FIRS) to collect and remit taxes in a bid to reduce the compliance burden.

Also, on the introduction of an excise duty of N10 per litre on all non-alcoholic, carbonated and sweetened beverages in the country, which has been kicked against by members of the organised private sector, the minister stated that the charge on beverages was introduced to raise excise duties and revenues for health-related and other critical expenditures in line with the 2022 budget priorities.

The aimed according to her, was to also discourage excessive consumption of sugar in beverages, which contributed to diabetes, obesity and other diseases adding that the Finance Act had also raised excise duties and revenues for the health sector.

To the Fiscal Policy Partner and Africa Tax Leader, PwC Nigeria, Taiwo Oyedele, the Finance Act 2021 is expected to generate an estimate of N60 billion in revenue yearly for the federal government.

He, however, warned that the development would have impact on tuition fees and further degenerate human capital in Nigeria in the long run, based on the amendment to the tax on Tertiary Education Trust Fund from two per cent to 2.5 per cent.

However, the Special Adviser to the President on Finance and Economy, Sarah Alade, noted that the government was committed to ensuring growth across all sectors.

“There must be measures to diversify our revenue base, we are hoping in this plan that by 2025, the present revenue to GDP which is about a less than eight per cent, we would be able to grow it to 15 per cent of GDP and then there must be continuous support and interventions for manufacturing, for agriculture and for MSMEs.”

It is expected these tax reforms would help boost government revenue, improve the ease of doing business and stimulate economic growth this year.

Security Beefed up at Abuja Stadium as PDP Holds Convention