Cross River awaits the verdict of Donald Duke and Liyel Imoke on the controversy on zoning, writes Ashifel Adie

Cross River State politics resumed at the stroke of the new year as the major stalwarts in the Cross River State Peoples Democratic Party (PDP) gathered at the Asokoro home of former governor, Liyel Imoke, in Abuja. Apart from Liyel Imoke, the new year party included his predecessor, Donald Duke, the State PDP Chairman, Venatus Ikem, and the Senators of the Southern and Central Districts and gubernatorial aspirants, Gershom Bassey and Prof. Sandy Onor. They were joined by the Rivers State Governor, Nyesom Wike, who as it were, was said to be quite central to the reports of division in the state PDP. Much against the many accounts about what really went down at the meeting, with lies and half-truths thrown all over social media, one can speak authoritatively to the facts.

The meeting at Imoke’s house was called at the instance of Duke and Imoke, who being ex-governors and major PDP stakeholders were concerned about the lingering controversy that sought to tear the party in the state apart. The controversy was that of zoning of the gubernatorial seat at the 2023 elections. Prof. Sandy Onor had declared his gubernatorial interest, claiming that whatever zoning arrangement there was, had fallen away. This was to the chagrin of those from the Southern Senatorial District who insisted that a zoning arrangement existed and that by previous agreement, it was now the turn of the Southern Senatorial District to produce the next governor. State PDP Chairman, Venatus Ikem, who was meant to be neutral on the issue, chose rather to pitch his tent with the no-zoning camp. Then, Imoke’s predecessor, Donald Duke, claimed on a video that went viral that he was not privy to any zoning arrangement. But Senator Gershom Bassey would later clarify the party’s position, having been in the party from the inception of the PDP in the state. He cited the party constitution and said there was indeed a zoning arrangement which came into effect in 2015 when only candidates from the North presented candidates.

But the zoning question was not on the table in the new year meeting at Imoke’s Abuja home. Rather, it was the issue of Nyesom Wike’s position in the affairs of the CRS PDP. It is important to state that Wike only came into the picture when he had issues with the CRS Governor, Senator Ben Ayade. His reaction to the hostility between them was to support political activities against his foe. When the issue was brought up, it is reported that Wike showed remarkable respect especially to the two ex-governors who were in attendance. He forbade them from addressing him as ‘His Excellency’, choosing instead to be addressed by his first name, Nyesom. Wike then proceeded to speak about his friendship and predispositions for Prof. Sandy Onor, with whom he was a member of the Association of Local Government Chairmen of Nigeria (ALGON) during their spells as local government chairmen. He, however, announced that he deferred to the decision of the CRS PDP caucus, especially to the judgement of the two ex-governors, Duke and Imoke, on the way forward for the CRS PDP especially with regard to the way and manner the gubernatorial electioneering process should go. Wike promised to abide by the decision of the meeting. When state chairman, Ikem, tried to bring up the zoning arrangement, it was Wike in truth who stopped him and asked him to await the decision of the ex-governors as agreed by the meeting. As a mark of honour, Duke and Imoke, both saw the Rivers State Governor off to his awaiting vehicle. It was a beautiful end of a meeting to start the year.

So, it seems there is a reset in Cross River State PDP politics with all parties sheathing their swords while awaiting the decision of the two wisemen – Donald Duke and Liyel Imoke. Consultations, however, are still ongoing in the camps of the various gubernatorial aspirants – Gershom Bassey, Sandy Onor, Efiok Cobham, Arthur Jarvis Archibong, Ambassador Nkoyo Toyo, and Dan Asuquo (DanSuki), while they await the ominous outcome. All sides seem to be optimistic.

The issues flowing from the Duke and Imoke arbitration are many. In the first place, will the State PDP executive respect their decision if the outcome is different from their individual expectations? Then, is the Wike resolution a red herring? Will Wike really honour the decision of the duo if it does not favour his friend, Onor? Also, will Onor step back and rerun for the senate if he is asked to step down his gubernatorial aspirations. On the other hand, will the aspirants from South respect the decision of the wisemen if the result goes the other way?

There is great confidence that Donald Duke and Liyel Imoke will make the right decision. Before the new year meeting, they had been getting together trying to chart the way forward for the PDP in the state. For one, they are both passionate about the progress and prosperity of Cross River State. In their tenures, they both introduced phenomenal infrastructure and policies by which the state was to have made great leaps into a future of elevated excellence. They are both concerned about the degradation of the quality of life and infrastructure that have attended the state in the past seven years. Whatever differences or misunderstandings they may have had in the past are bound to be set aside in this onerous task bestowed on them. They are mature in their various ways and would never allow the blight of parochialism to come in between them. Instead, they will foist their decisions on truth, fairness, progress, and foresight. Albeit the entire PDP in the state and indeed the entire population await a kind decision by Duke and Imoke.

It is heart-warming to know that the party which was once in the vice grip of divisiveness and fear can now breathe and expect a breath of fresh air again. The pall of hopelessness and suspicion that followed its faithful can now give way to an atmosphere of carnival and jollity. All in the expectation that Cross River State will be on the path to greatness. But that will be consequence of a well-thought-out decision by two great men – Duke and Imoke.

Adie is a politician and a commentator on public affairs 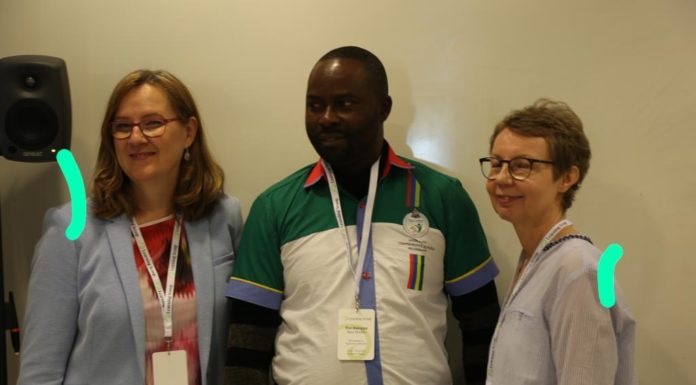