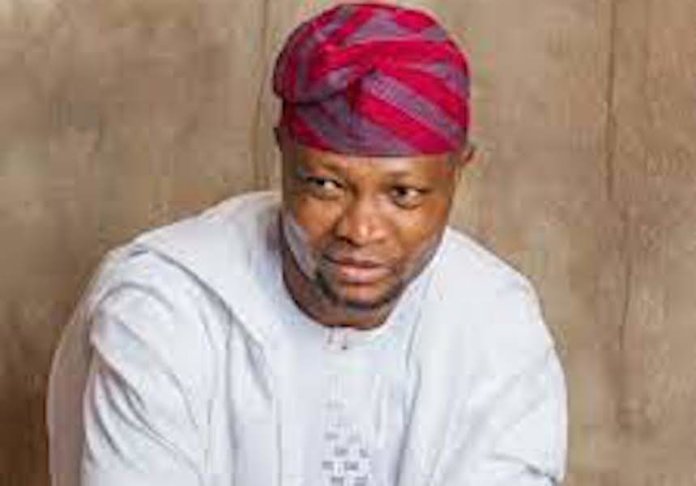 Abia State Governor, Dr. Okezie Ikpeazu who spoke on behalf of his colleagues explained that Governor Aminu Tambuwal of Sokoto State who is the Chairman of the PDP Governors forum could not attend because he was bereaved.

“It is very important that you are here to witness the beginning of the process that will take power from geriatric operators and promote an active government operated by youths. I want you to support Jandor so that he can contribute his quota to the development of Lagos State.”
While urging the new entrants into the PDP to ‘see members of the PDP as brothers and sisters and part of his family,” he reiterated PDP’s promise to rescue Nigeria and rescue Lagos State also.

Earlier the Chairman of Adediran’s Ward in Ojo local government formally received him into the party and gave him a PDP membership card before handing him over to Mr. Ramon Abass, the Chairman of the PDP in the local government, who in turn presented the new entrant to Mr. Julius Akinsola, Chairman of PDP Caretaker Committee in Lagos State. Akinsola said the “PDP welcomes all Nigerians under the big umbrella. PDP, he said, believes in winning elections legally, through hard work. I wish to advice Jandor and his supporters to get the PDP constitution and read it thoroughly. I welcome you and your supporters with open arms into the party. We will build a formidable party together. “

Adediran said he left the APC “because they were not ready for a contest, so we held a parallel congress. We are moving to a party where we can put our numerical strength to test. We will join existing members of the PDP to work hard so that we can win elections. We are here to add value. Together we can take Lagos amd return it back to the people.”

Also at Adediran’s formal declaration for the PDP were former Senate President Dr. Bukola Saraki, former Governor of Ondo State, Dr. Olusegun Mimiko, former Governor of Anambra State,r. Peter Obi, Chief Olabode George and the National Deputy Chairman, South of the PDP, Ambassador Taofeek Arapaja, the National Leader and Dr. Iyorchia Ayu, National Chairman of the PDP, who reminded the teeming crowd that the All Progressives Congress (APC) deceived them with a false message of change which has made them poorer. He urged them to reject the APC at the centre and in Lagos State in the 2023 national elections.