National Council on Privatisation Okays NELMCO Board 48 mins ago 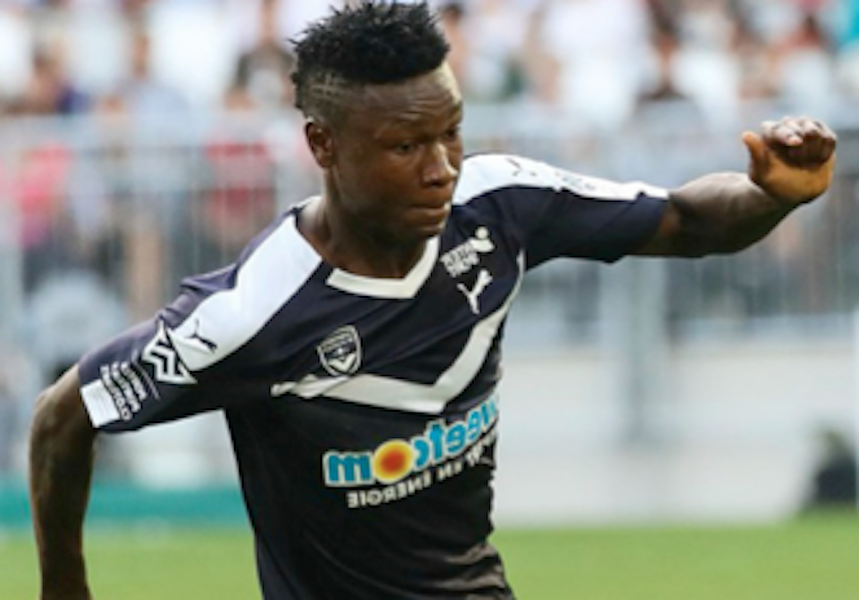 With four Nigerians already in their fold, Watford’s egg heads are again putting their trust on another Nigerian international in their quest to swim out of relegation waters. Samuel Kalu moved to Vicarage Road during the week from French side, Bordeaux, with a mission to salvage Hornets side that are 17th on the Premier League log

Premier League strugglers Watford are on the verge of signing Samuel Kalu after a deal was agreed with Bordeaux, with a fee believed to be in the region of £2.5-£3.5 million and the Nigerian international is expected to sign a contract until 2026.

The 24-year-old was due to carry out a medical at London Colney on Wednesday before completing the move to the Premier League.

It’s understood that Watford have been tracking Kalu for a number of years and made the decision to move now.

Club sources initially played down links to the winger, saying that attack was not an area they were looking to bolster this window.

However, the opportunity to move now and sign someone they have been tracking for some time, for what they consider to be a good price, has changed their minds, especially after they managed to identify and secure defensive targets early on.

So far this season, the attacker has one goal and one assist from 12 appearances in all competitions. Overall, he has 10 goals and eight assists from 86 games for Bordeaux.

The Nigerian winger will be Watford’s fourth signing of the January transfer window after Samir, Hassane Kamara and Edo Kayembe.

The Hertfordshire club currently sit 17th in the table, one point clear of the relegation zone.
The new signing from Bordeaux arrives as a similar proposition to his fellow Nigerian. Kalu was out of favour in France needing a fresh start, just like Dennis when he left Belgium for Watford in the summer. The club’s hierarchy have rolled the risk dice again, but with a recent case study to give them confidence.

“When you participate in a transfer you always hope that it will be a success,” a source close to Kalu tells The Athletic. The initial outlay on the 24-year-old is understood to be in the region of £500,000, with add-ons taking the value of the transfer up to approximately £2.5 million over the course of a five-year contract.

Kalu has been on the club’s radar for a number of years. They scouted him closely towards the end of the 2019-20 season but the club’s relegation from the Premier League meant interest wasn’t followed up. Other attacking targets, including Dennis, were then preferred after promotion back to England’s top flight, but they revived their interest in Kalu at the start of January.

Kalu collapsed in the sixth minutes of their Ligue 1 match against Marseille at Stade Velodrome late last year, but the Nigerian international got up after players from both side and medics rushed to attend to him.

The 24-year-old, who collapsed from severe dehydration during a Nigeria training session at the 2019 African Cup of Nations, resumed playing several moments later but appeared groggy and was eventually substituted.

According to the doctor, “it was just a dizzy spell,”

“It gave us a bit of a chill and it’s still quite shocking. We inevitably thought about what happened with (Denmark midfielder Christian) Eriksen, the whole team and everyone was scared.
His impressive performance with Gent of Belgium culminated French side, Bordeaux to splash €8 on the 2019 AFCON bronze medalist in the summer of 2018 and the Nigerian prodigy did not disappoint initially.

When the Nigerian international moved from KAA Genk to French Ligue 1 side to replace Brazilian winger, Malcom, who had left for Spanish giants, Barcelona at the summer of 2018, he had a dream to take the French league by storm.

Though he indeed started on a high note and at a stage made the Ligue 1 Player of the Week, but could not sustain the momentum as he fell in the pecking order of the Bordeaux team after just managing three goals in 26 games in his first season.

Kalu’s mark at Bordeaux might have been less than indelible but erstwhile Super Eagles coach Gernot Rohr praised him for his role in easing young forward and international teammate Josh Maja into the Bordeaux squad.

Rohr believef that the striker was able to settle quickly in France, thanks to his international teammate Kalu who played a big brother role.

” When he arrived in Bordeaux, he was not alone; there was another Nigerian, Samuel Kalu. So, his integration, carried out in good working conditions and surrounded by a good staff, was facilitated,” Rohr had noted.

The German tactician said he had been monitoring Kalu’s performances since his days at Gent where he struck a good understanding with Nigerian midfielder Moses Simon, but did not pick the player for the 2018 World Cup in Russia because he had good players in his role.

“I never selected him. I saw him play for in his team. I took another, which is Simon Moses. He has been in my group since two years ago. He is also a winger and fast. He’s almost the same, but I found him better than Kalu,” the former Gabon manager said.

“Samuel Kalu is a good dribbler, and he’s an overflowing winger. He’s explosive; he gives a lot of good balls. He overflows, he can play on both sides. I hope Bordeaux will have the satisfaction of seeing him evolve with these qualities,” he had said then.

Reacting over the signing of Kalu by Bordeaux, club president Stephane Martin, revealed to French newspaper Sud Ouest, “He is a player that the recruitment team followed for a while. His choice was validated by Gustavo Poyet.”

Kalu moved to Ligue 1 champions after dazzling displays since joining the Ghelamco Arena outfit from AS Trencin in January 2016.

For Kalu it may have been a shattered dream when Rohr did not look at their direction during the 2018 World Cup in Russia, but it was a dream come true when he made his debut for the Super Eagles in the 2019 Africa Cup of Nations qualifier against Seychelles.

Prior to the encounter, Kalu was keen to shine with the team, as he said: “I’m prepared to give everything to the Super Eagles. It’s my first call-up and I want to make the country proud. I’m expecting us to win the game and nothing more. It’s an important game that we cannot afford to lose. We have to work hard and do whatever we can to win the game.”

Kalu’s deft touches on the ball were a joy to behold, while his dribbling and trickery were also impressive.