The general elections of 2023 draw nigh. Even diehard Muhammadu Buhari supporters I know over here in Minna are crestfallen and hungry, literally about that hunger thing. For me who they know has a job as a “lecturer,” it is one episode of seeking for handouts from me one way or the other. But my pool of fund is limited, quite so. Almost everyone knows I am nicknamed “Hakimin Talakawa” but I felt the hit on my pocket this past Christmas. Nigerians are hungry! Pride and religious jingoism are the twin chocks stopping the mass of people in the North from going out in the streets and doing massive anti-Buhari rioting. Here now, the Peoples Democratic Party (PDP) has a fine opportunity to pitch strong campaign slogans targeting the influential voting blocs of the population. The PDP must go all out and be blunt and truthful about what it’d do as soon as it gains power in 2023. Some suggested hard-hitting pitch-slogans are the following: (i) “PDP Will Not Ban Twitter;” this will throw the APC off-balance as it seeks arguments to counter this punch.

(ii) “PDP Will Wrap Up the EFCC and Have the SFO of the Nigerian Police do Financial Fraud Investigations;” the PDP must argue that the EFCC is an instrument for arrested economic development. Recent heads of the EFCC seem to “retire” with “billions of seized money” from those willing to invest these funds in the economy. (iii) “PDP Will Domesticate the Anti-Narcotic Fight in the Office of Traditional Rulers.” For once let us empower the traditional institution and give it something meaningful to do. This institution is poised to do counselling and take other reasonable measures (not this harsh-harsh police method of the NDLEA) to discourage narcotic consumption. Counselling is the key here and not the present fashionable demonisation of “South Nigeria” as the bastion of all things bad and evil with respect to “drug abuse.” Buba Marwa is on a course of a distasteful jihad. The traditional institution must also be empowered to fight paganism in the shape of juju “money-rituals” whereby the practice of headhunting fellow humans is now commonplace. 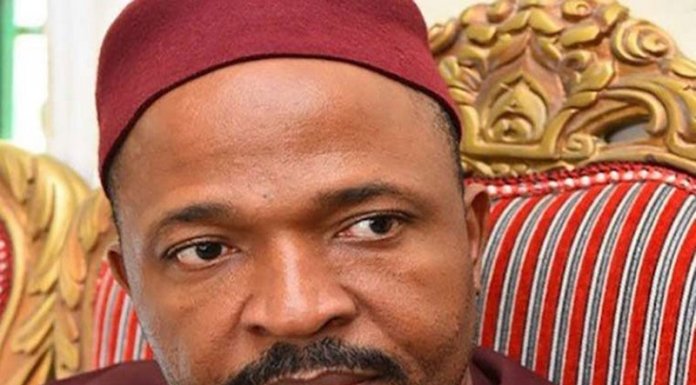