Ex-Defence Chiefs Back Calls for Recall of Retired Military Officers to fFght Terrorism, Banditry 52 mins ago 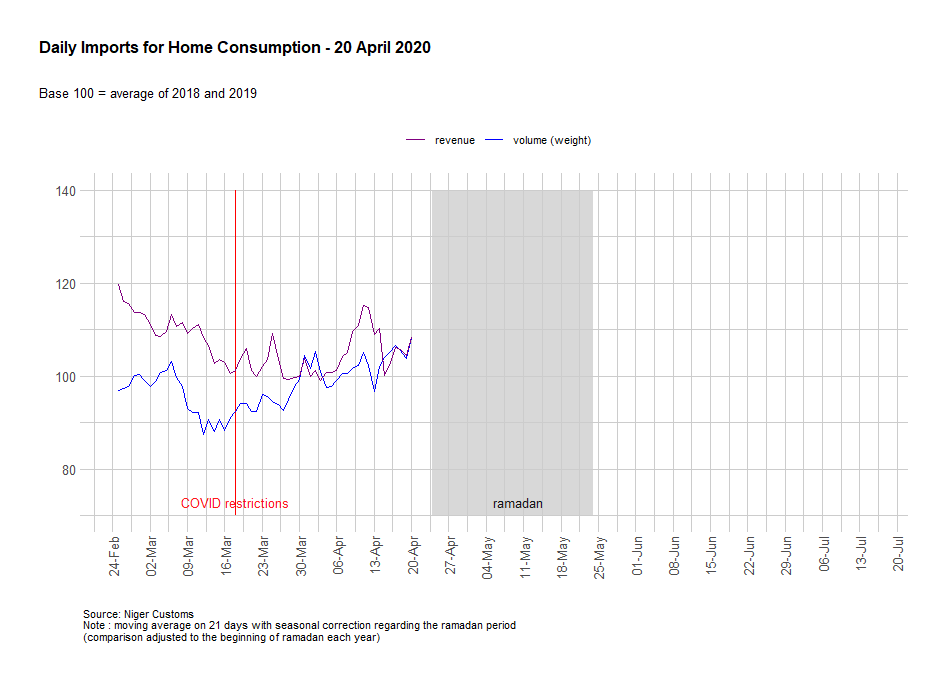 Despite the duty waiver on aircraft and spares by the federal government, the Nigerian Customs Service (NCS) still charges airlines taxes in the importation of operational equipment.

This was confirmed by airlines that spoke to THISDAY, saying that the Nigerian Customs only changed the nomenclatures and has continued to charge airlines Value Added Tax (VAT) on imported aircraft and spares, thus making it difficult for the domestic carriers to sustain their operations.

But the NCS has argued that the federal government that approved the waivers also gave them targets to meet in its revenue drive; “so there is a different between pronouncements and assignment of duties given to customs.”
A major operator in the industry disclosed to THISDAY that while the NCS removed import duty, it reintroduced Comprehension Inspection Scheme (CIS), which enables customs officials to come into the aircraft and inspect it and has also increased the charge of CIS.

The operator told THISDAY that the increase in CIS has taken care of the import duty waived by government, as airlines pay as much as they used to pay for import duty in the past.
Customs, it was learnt, has also introduced surcharge on airlines, which it collects on behalf of aviation handling companies.

In addition, sources told THISDAY that airlines still pay VAT, but on paper, the tax has been reduced for the domestic carriers.

The operator told THISDAY, “Initially import duty was fully removed, but that was a PR. They now reintroduced CIS. They come to your aircraft to do inspection. They also increased the CIS charge in such a way that they are already collecting the import duty they claimed they have stopped because it is still similar amount that the airlines pay.

“They claimed they have government backing for collecting the charges because it is also government that gave them the revenue target they must meet in a year. They also introduced surcharge for handling companies, which they collect on their behalf. Airlines also pay VAT. Sometimes you import aircraft spares but Customs will insist that they are not aircraft spares and charge duty on them, claiming that they are automobile spares or any other equipment. These are charges leveled on the airlines when thy import by air. When you bring your spares by sea, there are other charges altogether.”

Many airlines have complained about these charges and said that it is delusional that Nigerians believed that waivers were given to airlines, while Customs chose to charge the operators.

Reacting, former CEO of Aero Contractors and former Managing Director of the Nigerian Airspace Management Agency (NAMA), Captain Ado Sanusi, told THISDAY that he was not aware that Customs changed the name of the charges, but noted that by continuing with the charges against the airlines, Customs is making it very difficult for the airlines to operate.

Sanusi said that the Airline Operators of Nigeria (AON) ought to take the matter up with the Nigerian Customs Service because the waivers were created to stimulate airlines’ growth to boost the country’s economy.
“So what Customs is doing by arguing that it has a target given it by the federal government is to kill one strategic sector of the economy in order to grow another sector. So even if Customs achieve 110 per cent target the fact remains that it has helped to kill another sector of the economy and if the aviation industry collapses it will affect the whole economy. This sector not only contribute to GDP but it has created thousands of jobs for Nigerians,” he said.

Nigerian airlines had earlier commended the federal government for removing Customs duty and other charges on imported aircraft and aircraft spares.

Last year AON profusely commended the federal government for its swift response in removing 7 per cent charge on imported aircraft and spares.

The Vice Chairman of AON and Chairman and CEO of Air Peace, Allen Onyema who spoke on behalf of the Association said, “AON, for the avoidance of doubt, commends the federal government for its unflinching support for the growth of indigenous investments in Nigeria. This was very evident in the manner the government got this challenge (Customs Duties) addressed immediately within 48 hours to the joy of the airlines.

“We equally commend the Nigerian Customs Service for also assisting the airlines, including but not limited to Air Peace which was used as an example, in getting their aircraft spares and aircraft released. Our planes have since started flying.”

Over the years the NCS has dogged at the efforts by the federal government to give airiness relief in payment of tariffs. All the waivers given to the airlines before the law was passed last year was rebuffed by Customs, which insisted that such waivers cannot subsist beyond one year.