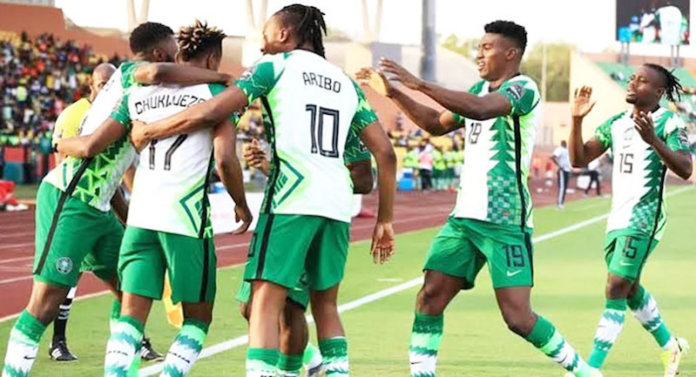 As predicted five days ago by THISDAY, Nigeria’s Super Eagles have been confirmed to take on the Carthage Eagles of Tunisia on the opening day of the knockout phase of the on-going 33rd Africa Cup of Nations tournament in Cameroon.

The pairing was courtesy of inability of the North African side to beat The Gambia in the contest for the runner up spot in Group F. Tunisia finished as the third placed team and therefore picked one of the slots into the knockout phase.

The Gambians after witnessing how Super Eagles finished the group stage with maximum nine points from three matches against Egypt, Sudan and Guinea Bissau did everything last night to avoid ‘red hot’ Nigeria in the Round of 16 at the Garoua stadium in Sunday.

Tunisia’s penalty curse struck again in the clash with The Gambia.

The clash between Nigeria and Tunisia will be a repeat of 2006 tournament in Egypt where the Maghreb side travelled to face Austin Eguavoen tutored team at Port Said stadium which Nigeria won via a lottery of penalty shoot-out after 1-1 scoreline at regulation time.

The two sides met against at the last tournament in 2019 in Egypt with Super Eagles winning the classification match courtesy of Odion Ighalo’s early strike at Al-Salam stadium in Cairo.

In other second round pairings, Burkina Faso will take on Gabon in the opening match of the round before Nigeria play Tunisia two hours later (8pm) in Garoua.