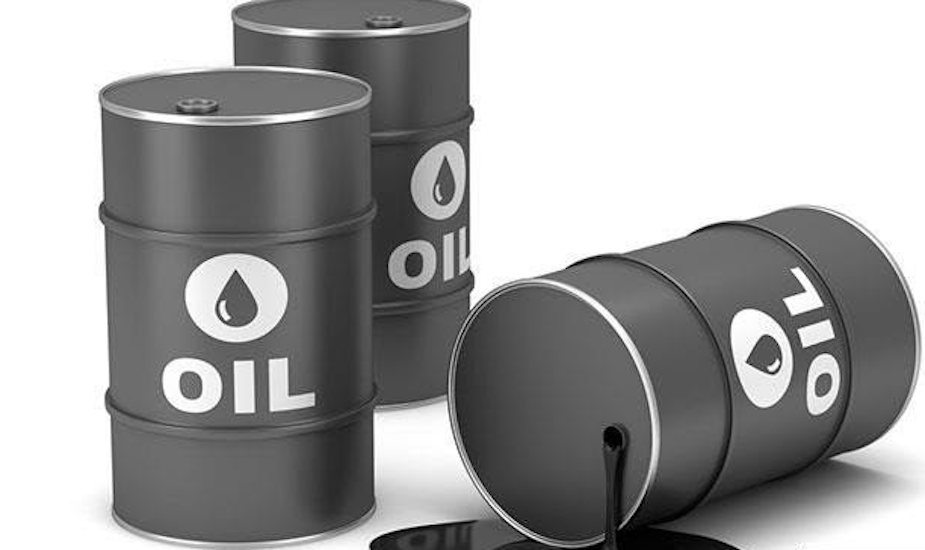 Nigerians should ordinarily be rejoicing over the rising prices of crude oil in the international market.

However, it would be stating the obvious to say that the country is not feeling the impact of the positive development. Emmanuel Addeh writes that this could perhaps be traced to wrong-headed policy decisions and neglect of a few major fundamentals.

Although, the issues bedevilling the petroleum sector in Nigeria are not recent, what is different with the current situation is that it is far worse than what obtained in the past.

In the real sense of it, Nigeria has never really benefitted optimally from the production of its oil and gas resources, in part, due to its non-domestication of the proceeds of its resources, leading to a haemorrhage of the sector.

But with the dynamics currently playing out, industry watchers believe that even at $100, getting a massively positive economic impact from the country’s most prized natural resource could be an uphill task.

While in the past, even ordinary Nigerians without much knowledge of how the economy works would heave a sigh of relief once the prices of oil start rising in the international market, many are now lost as to why there has been hardly any impact, despite the commodity rising from a low of $10 in 2020 to a high of $85 in 2021 and 2022.

In addition, Nigeria continues to borrow massively in spite of what ordinarily should be a boom period for the economy and for foreign exchange inflow.

In the heat of the Covid-19 pandemic in 2020, the oil market took what would unarguably be its greatest hit in history, with some blends slumping to the negative territory and sellers offering monetary offers to buyers to pick the commodity.

Things have since turned around, with forecasts by major banks and market intelligence firms that prices could hit $100 in the nearest future. But despite this, the foreign exchange inflow has not markedly improved , neither has the falling naira received a major positive impact.

For instance, last week, oil prices, particularly Brent, Nigeria’s benchmark hit a two-month high amid projections that a lack of production capacity and limited investment in the sector could lift crude between $90 and $100 a barrel this year. It had also in the last quarter of 2021 hit the $85 mark.

In the main, a tight supply and easing concerns about the potential hit to demand from the Omicron coronavirus variant, combined to jack up prices as Brent sold for $85.04 a barrel and the United States West Texas Intermediate (WTI) crude futures were up to $82.90.

Though the Omicron coronavirus variant has pushed COVID-19 cases far above peaks hit last year, it is expected that oil prices will be supported by the reluctance of many governments to restore the strict restrictions that hammered the global economy when the pandemic took hold in 2020.

But the news has been both good and bad for Nigeria which should ordinarily earn more foreign exchange from the sale of crude, but now has to deal with paying more subsidy since there’s a positive relationship between the international prices of the commodity and how much Nigerians get the product at the pump.

Nigeria also retained the oil production target of 1.88 million bpd, including condensate production of between 300,000-400,000 bpd, for the purpose of its revenue calculation in 2022.

This is as compared to the output target of 1.86 million bpd the government had set for the 2021 fiscal year.

While oil exports account for around 80 per cent of Nigeria’s foreign exchange revenue, however, the country has battled with a sharp drop in revenue amid a drop in production for months.

Nigeria has not been able to get the full benefits of rising oil prices because a large portion of the the revenues it gets from there are used in paying for huge petrol subsidies. To be sure, this is not the fault of the ordinary Nigerian.

To put this in proper context, in the first 11 months of 2021, subsidy rose to N1.16 trillion, according latest data from the Nigerian National Petroleum Company (NNPC) Limited.

NNPC is currently the sole importer of the product into Nigeria as other marketers have stopped importing the commodity due to their inability to adequately access dollars for transactions.

President Muhammadu Buhari has fixed the first half of this year to remove the much-talked-about subsidy. With politics most times trumping policies in Nigeria, it remains to be seen his he will do that going into a massively important election year.

The huge subsidy figures have also ensured that the NNPC’s remittances to the federation account has dwindled massively since last year, as projected remittance by the company for the 11 months combined was put at N2.30 trillion, while it was able to pay N522.203 billion.

A corollary to the payment of subsidies is the almost 100 per cent importation of all its products including petrol, diesel, kerosene to some extent and even gas, although the country has a whopping 206 TCF of proven gas reserves.

As it is, Nigeria does not define a drop of products, so it imports all it needs to power the economy, costing billions in dollars, thereby fleecing Nigeria of the much needed forex. Both the funding of subsidies and importation of products are largely opaque.

But speaking recently on the oil price surge, Nigeria’s Minister of Finance, Zainab Ahmed, explained that the situation of rising prices, little imoactnwas because of corresponding increase in expenditures.
“The high price of oil means that we would be able to earn more revenue. At $85 per barrel is way above the $40 per barrel we have on our 2021 fiscal projections.”

“But we also have the challenge of having to buy petroleum products for use in-country, because we do not have functional refineries. So that eats into the revenues we would have otherwise realised,” the minister said.

Nigeria has not been able to meet its production allocation by the Organisation of Petroleum Exporting Countries (OPEC), so it has significantly under-produced for various reasons, ranging from technical to community issues, to ageing upstream and inability to restart its oil assets.

Despite rising Brent prices, the diminishing pace of Nigeria’s oil fortune is threatening the economic health of Africa’s biggest economy as the country’s oil rigs hit the lowest in six years.

Data obtained from Baker Hughes Incorporated and OPEC showed Nigeria’s oil rigs, which depict the level of oil production activities by operators, have reduced to five as of April 2021, a sharp decline from a three-year high of 30 rigs count recorded in 2015.

OPEC’s data also showed Nigeria’s oil production has slumped to an average of 1.35 million barrels per day in the last six years, from an oil production of 1.7 million bpd in 2015.

What this means is that with falling royalties and taxes, government revenues will also be negatively impacted.

Unlike small countries like Qatar and Saudi Arabia with small populations, Nigeria does not have a population policy, or where it exists it is not implemented.

Despite its huge oil reserves, Nigeria has one of the lowest production per capita among oil-producing countries in the world, producing less than a barrel per 100 people.

For mostly religious reasons, despite the urgent need to do so, Nigeria has refused to do something about its surging population, precipitated by a very high birth rate. So, even if oil prices move higher than it is today, chances are that it will still a drop in the ocean.

The Lagos-based research and consultancy firm further stated that the country’s income per capita shrank by 3 per cent to $2,100 during the year 2021, with Nigeria hit by two recessions in two years.

With life expectancy at 55.75 years, the 4th lowest in the world, and unemployment rate at 33.3 per cent, still the 4th highest in Africa, the report stated that Nigeria’s misery index hit 48.7 per cent last year.

Added to that, the FDC document indicated that 93.3 million Nigerians are currently neck-deep in poverty, even as diaspora remittance dropped by 26.09 per cent to $17 billion.

Till the end of the year, the report stated that gas prices rose 127.8 per cent, house rent by 50 per cent, particularly on Lagos mainland, while diesel prices increased 79.5 per cent.

Furthermore, the research firm noted that flour prices hit a 52.3 per cent increase, beans increased by 166 per cent while the price of table water generally surged by 100 per cent.

With a Gross Domestic Product (GDP) of $432.9 billion, according to the Bismarck Rewane-led FDC, oil production in the country slumped by 12.88 per cent when compared with 2020.

The silver lining, however, is that Nigeria may soon be able to streamline its massive spending on importation of petroleum products if everything goes as planned this year.

With the planned completion of the humongous Dangote refinery, worth roughly $20 billion and covering around 250,000 hectares, the foreign exchange frittered on importing refined products could be retained in-country.

Once in full operation, the refinery is expected to produce gasoline and other petrochemical products such as polyethylene and polypropylene.

Recently, Central Bank Governor, Godwin Emefiele, said the federal government currently spends about 40 percent of its dollar earnings on the importation of petroleum products, putting pressure on the local unit.

“By the time the Dangote refinery begins operation, it would be a major FX saving source for Nigeria. Right now, the overall forex we spend on imported items, the importation of petroleum products consumes close to 30 percent.

“The Dangote Refinery has the capacity to produce 650,000 barrels per day. There is a domestic component that is about 455,000 barrels. Even if the 455,000 is what is sold to Dangote in naira alone, it is going to be major forex saving for Nigeria.

“If you look at the cost of freight alone, it is a major saving for Nigeria. That is because if we have to go to Europe or other parts of the world to bring in petroleum products where we pay heavily in freight and in stocking those products in the high sea before we offload them, Nigerians would benefit a lot from the Dangote refinery,” he said.

In addition, the NNPC last year brought in some contractors to rehabilitate the country’s refineries. Hopefully, this is seen to logical conclusion to curb the massive products importation.