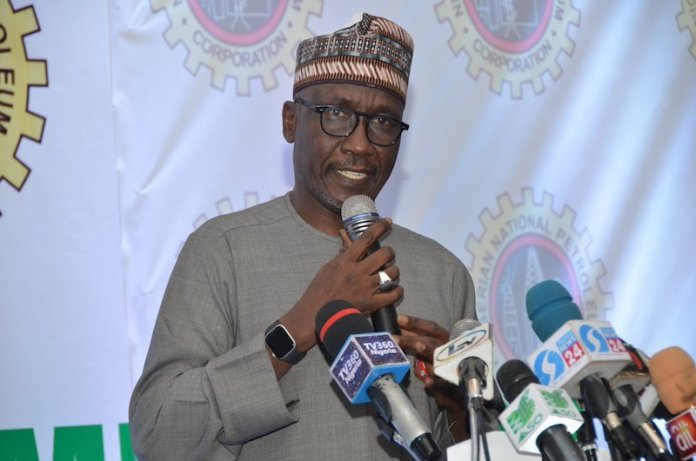 *Says company will be the largest capitalised, most profitable in Africa

Chief Executive Officer of the Nigerian National Petroleum Company (NNPC) Limited, Mallam Mele Kyari, has said with the implementation of the Petroleum Industry Act (PIA), the company will do away with a major portion of its “toxic liabilities”.

A statement by Group General Manager, Group Public Affairs Division of NNPC, Mr. Garba Muhammad, yesterday, quoted Kyari as saying this while addressing staff of the organisation in a town hall meeting held at the NNPC Towers, Abuja, at the weekend.

Sections 55 and 56 of the PIA provides the process of transition from NNPC to NNPC Limited and the transfer of the assets and liability of the state-owned oil companies.

The entity was incorporated in September 2021, as mandated by Section 53(1) of the Act, which provides that the Minister of Petroleum Resources shall cause the incorporation of NNPC Limited within six months of the enactment of the law in consultation with the Minister of Finance on the nominal shares of the company.

Despite declaring a profit of N287 billion in 2020, as announced in the Audited Financial Statement (AFS) last year, NNPC has liabilities exceeding current assets by N4.56 trillion, up by N200 billion from the figure in 2019, when it declared a loss of N1.7 billion.

PricewaterhouseCoopers (PWC), SIAO Partners, and Muhtari Dangana & Co, which audited the NNPC accounts, had noted that the liabilities posed a threat to the company.

The AFS showed that NNPC had total current assets of N6.258 trillion and total current liabilities of N10.818 trillion as at year-end 2020, hence the gap flagged by the auditors. When total assets are deducted from its total liabilities, NNPC has a deficit of N4.56 trillion.

A quick check further showed that the biggest contributors to the current liabilities were trade and other payables.

But speaking at the meeting, Kyari told his audience that part of the plans of the new entity in the New Year was to do away with the high liabilities.
The statement further quoted Kyari as saying that the commencement of full implementation of PIA would provide business opportunities that would enable the company earn more revenues for the country.

At the meeting, which saw staff outside the corporate headquarters participating virtually, the NNPC CEO highlighted the significance of the PIA to the company and by extension the Nigerian economy.
According to him, the new legislation has raised shareholders’ expectations of the company, even as it has given it a wide room to make progress.

“All money-making options are on the table; it is up to us to take advantage of it,” he told the company’s staff.
Kyari added, “As a result of the new legislation, NNPC Limited would not only shed some of its toxic liabilities but will be the largest and most capitalised company in the whole of Africa and, potentially, the most profitable on the entire continent.”

He charged employees of the organisation to ensure the company becomes a commercially viable multi-billion-dollar entity that will continuously deliver value to its shareholders, which he said were the over 200 million Nigerians.