Okechukwu: Tinubu Has 60 Percent Winning Chance in 2023 46 mins ago 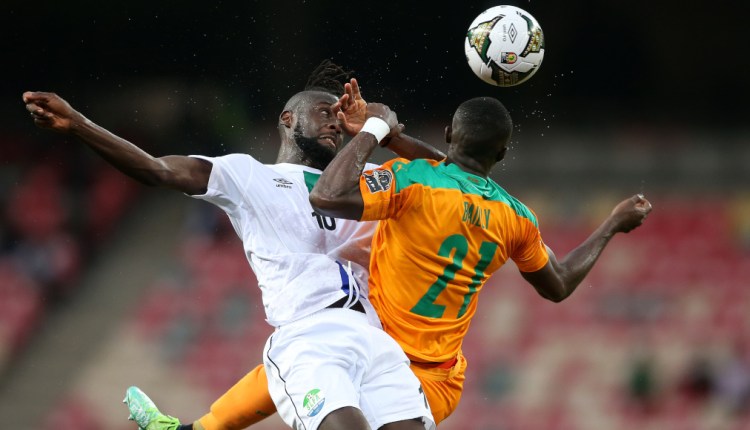 Sierra Leone scored a dramatic injury-time equaliser to grab a 2-2 draw against Ivory Coast at the Africa Cup of Nations in Douala, Cameroon yesterday.

The Elephants had been coasting but an astonishing mistake from Badra Sangare allowed Alhadji Kamara to tap in.

Keeper Sangare fumbled a back-header and could only watch helplessly as Kamara secured a second successive draw for the Leone Stars in Group E.

It means they have every hope of going through to the last 16.

Sierra Leone have two points from two games, while the Ivorians top the group with four points to their name.

However, the Elephants still have work to do when they face defending champions Algeria at 5pm on Thursday.

Both sides played their part in an enthralling match, which saw Ivory Coast miss an early penalty but then lead twice before Sierra Leone hit back in dramatic fashion.

The Ivorians should have already been in front in the 12th minute after Wilfried Zaha was brought down in the box by Sierra Leone captain Umaru Bangura’s clumsy challenge.

But keeper Mohamed Nbalie Kamara, who was man of the match in the Leone Stars’ opening game against Algeria,produced another great save to deny AC Milan’s Franck Kessie’s from the spot.