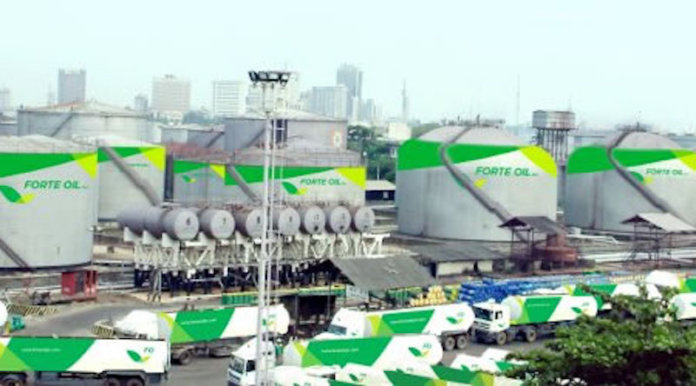 Kayode Tokede
Ardova Plc on the Nigerian Exchange Limited (NGX) in its nine months ended September 30, 2021 reported a drop in profits on the heels of higher costs and weaker revenue.

The company in its nine months results reported marginal increase in revenue with persistent hike in cost of sales that weaken profitability and might dwindling shareholders return in year ended December 31, 2021 results.

Further breakdown in revenue revealed about 12 per cent decline in Renewable to N7.29million from N8.25million reported in nine months of 2020 as revenue from LPG and Cylinder rose significantly by 252.71 to N18.9mllion from N5.2million posted in prior nine months of 2020.
However, the company generated N1.5billion from its Haulage & transport services, first time operating in the space.

The interplay between revenue and cost of sales positioned the Ardova’s gross profit to N10.17billion in nine months of 2021, an increase of 13.6 per cent from N8.9billion reported in nine months of 2020.
Amid growing cost of sales, the company reported significant increase in its operating expenses that rose by 10.2 per cent to N7.3billion from N6.66billiion in prior months under review, driven by nearly 28 per cent increase in Distribution expenses.

The company reported N193.3million acquisition-related costs (incurred on acquiring subsidiaries), another key financial parameter that weaken profits in the period under review.

Ardova had announced that it completed the acquisition of a 100per cent equity stake in Enyo Retail and Supply Limited.
The firm had revealed that the deal followed the execution of a share purchase agreement between the parties involved.

The Chief Executive Officer of Ardova, Olumide Adeosun in a statement had said: “On completion, this acquisition will lead to a stronger downstream energy group that benefits from the increased customer reach and service delivery excellence of both companies, with the combination expected to produce stronger financial results.’’ Overall, the company recorded a profit before tax of N1.94billion, a 19.8 per cent decline from N2.42billion reported in nine months of 2020.

Following tax expenses of N700.99million, the company recorded a profit after tax of N1.24billion as against N1.89billion reported in nine months of 2020.
In addition, Earnings Per Share closed the period at N0.95 from N1.45 per share to reflect decline in profit.

Nine months unaudited results
A check into the company’s 2020 audited also showed a 3.1 per cent growth in revenue closing at N181.9billion, from N176.5billion reported in 2019.
The growth in the company’s revenue was driven by increased sales of petroleum products, which grew by 3.4per cent to N154.67billion from N159.25billion reported in 2019 as revenue from lubricants and greases dropped to N16.97billion in 2020 from n17.25billion in 2019.

Solar system business performed poorly as it recorded a 74.4 per cent decline in revenue to N10million in 2020 from N39.0million in 2019. The company had stated that its rising sales numbers were due to its increased market share to become the market leader, citing data from Nigeria’s Major Oil marketing association (MOMAN).
Cost of sales closed higher at N169.7billion in 2020 from N165.2billion in 2019, representing a 2.6per cent growth.

The growth in cost of sales was mainly driven by an increase in petroleum product costs, which grew the company reported N250million in direct costs due to the unveiling of its haulage business as part of its efforts to bolster operating efficiency. Consequently, gross margins rose to 6.7 per cent in 2020 from 6.4 per cent in 2019.

The marginal improvement in gross margin was driven by the higher margins in its Lubricant (26.2per cent) segment compared to Petrol or PMS (4.2per cent). Profit margins in the PMS segment remained low, as the firm does not hold any wholesaler privileges, which would have allowed for improved margins.

However, Ardova drive to increase its market share in the lubricant market by signing an agreement with Shell lubricant is laudable as it looks to support its more profitable segment.

As such, Profit before tax and Profit after tax declined by 37.6per cent and 52.6per cent to N2.9billion and N1.8billion, respectively, in the period under review. Earnings per Share (EPS) fell 52per cent to N1.4 per share in 2020. The firm proposed a dividend of N0.19 per share.

Also, increase in building under construction also contributed to assets , as the company continues to expand on its base (retail stations). Hence, PPE rose by 49per cent to N15.2billion in the period from N11.11billion reported in prior period.
The company extended its debt/borrowing lines in the period under review, as total debt grew 121.1per cent to N11.8billion.

However, finance costs fell by -68.9per cent though average cost of borrowing settled at 10.5per cent mainly because the bulk of the borrowing was accessed via overdraft facilities.
At 10.5per cent, Arvoda’s cost of borrowing is well above discount rates on commercial papers which tumbled to a record low in 2020, with several large corporates issuing capital at sub –three per cent.

As such, we opine that Ardova would benefit from a capital market program to optimize its funding cost, considering that the yield environment remains relatively friendly for private sector capital raise.
Interest coverage was stronger at 3.9x in 2020 from 1.5x in 2019, as Net cash flows from operations closed 2020 at N4.8billion in 2020, from N4.7billion in 2019.

Analysts view
Analysts at United Capital in a report on the company’s 2020 results said: “Our outlook for Ardova remains moderate, considering the firm’s cost improvement and efficiency management drive observed in recent quarters; Operating margin and profit before tax margin were up 100bps and 47bps y/y, respectively, due to a 166bps moderation in operating costs y/y (adjusting for gain on assets in 2019).

“However, due to the continued uncertainty around the adjustment of Petrol (PMS) prices, we have also tempered our optimism around full price recovery.

“Although the FGN made efforts to partially deregulate and moved away from its regulated pricing regime in 2020, recent dynamics in the market points to another episode of policy backflip. According to the PPPRA pricing framework, the landing cost of PMS should be in the range of N209-N212 per litre, considering the rising spot FOB Rotterdam prices. The FX challenges and the continuation of the NNPC direct sale, direct purchase program (DSDP) means the NNPC through the PPMC remains the sole importer of PMS. As such, Ardova and other downstream players will continue to earn a retailer’s margin for PMS sales.

“Recently, the company disclosed its intentions to acquire Enyo. Clearly, the Enyo acquisition fits nicely into Ardova’s expansion drive and would complement its retail base. Ardova currently has a network of about 450 or more stations, Enyo will add to this strong base with about 90 or more retail outlets in 15 Nigerian states.

“While we are unable to factor in the potential impact of the acquisition into our model estimates for now due to non-availability of the official data, we expect this to further bolster volumes and improve overall performance due to a potential benefit from economies of scale.
“In view of the foregoing, our expectation for the performance of Ardova in 2021 remain moderate as such, we retain our model assumption while awaiting details about the proposed acquisition.”