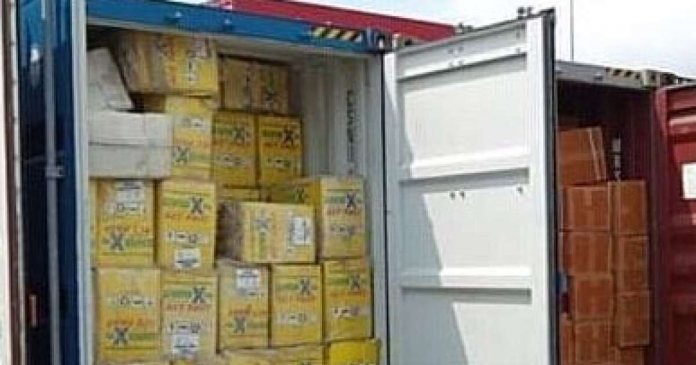 Imagine a freshman college student, seated in his dormitory room. Frozen, with sweat dripping and pouring down his body, his heart is racing with pinpoint pupils. He is wondering if it is the effects of tramadol he had taken some minutes ago, or the copious amounts of alcohol he consumed at the fraternity party the night before. Or is it the Benylin syrup that contains codeine he took alongside the tramadol? Perhaps it is the cumulative effect of all these substances kicking in at the same time. At the center of all this uncertainty, one thing is clear: for years, he had fallen out with his family, dropped out of several classes since college started, cut ties with almost everyone he knew, overdosed on substance and lied continuously about being clean.

A few days ago, when I read about the arrest of a certain skitmaker, De General by the National Drug Law Enforcement Agency (NDLEA) for possession of bounteous amounts of tramadol and marijuana, and the furor that followed on social media, my mind was cast back to 2016 when I was in Nigeria on vacation. I walked into a pharmacy to purchase whey protein powder, when a construction worker also walked in asking for cough syrup with codeine without a prescription from a physician. Moments later, I saw a middle-aged woman walk into the same pharmacy and bought an intrauterine device (IUD). Just like that? I had innumerable thoughts on how easy it was to access just any medication in Nigerian pharmacies without a written or electronic prescription from a healthcare provider.

Today, Nigeria might be tilting towards a crippling and disastrous opioid epidemic; one that has risen in the past where some young persons were battling with the struggle to wean themselves off marijuana and locally brewed methanol and ethanol to others involved in hard labor using codeine in the form of cough syrups and tramadol; a synthetic opioid and family member of other powerful prescription analgesics like morphine, fentanyl and oxycodone. The imaginary college freshman earlier mentioned is one out of millions of Nigerians who is addicted to opioids.

This catastrophic epidemic was propelled by the easy and ready availability of these substances. On one hand, it was an international policy gap where manufacturers in Asia produce the drugs in unregulated quantities and it is imported to Nigeria from there. On the other hand it was and still is a local gap where everybody can walk into pharmacies and get whatever medication they want without necessarily having a clinician’s written prescription.

Circa 2018, while the Nigerian senate headed by Dr.Bukola Saraki, a physician himself, seemed to have come up with a quick-fix by announcing a ban on the production and importation of cough syrups containing codeine, this was bittersweet as there were people who genuinely needed the medication to improve their quality of life, but had to suffer because another set of individuals had misused and abused it.

Today as unrestricted access to medications is still a popular fashion in Nigeria, some solutions around this problem come to mind. The first call for a bold public health strategy being a primary intervention, with the main aim of preventing drug abuse from occurring. This involves making sure that there are better policies regulating unrestricted access to controlled medications from pharmacies. Such an intervention stands for the greater good of public health. Furthermore, efforts aimed at protecting an individual from becoming exposed and vulnerable to drug use should be embraced. Activities at this level include reduction of environmental stressors and building people’s abilities to cope with life events that may make them particularly susceptible to opioid abuse.

If such interventions record success coupled with functioning rehabilitation services, people like the freshman college student can regain their lives and well-being and become optimally productive once again. A looming opioid crisis can finally be nipped in the bud in Africa’s most populous nation.