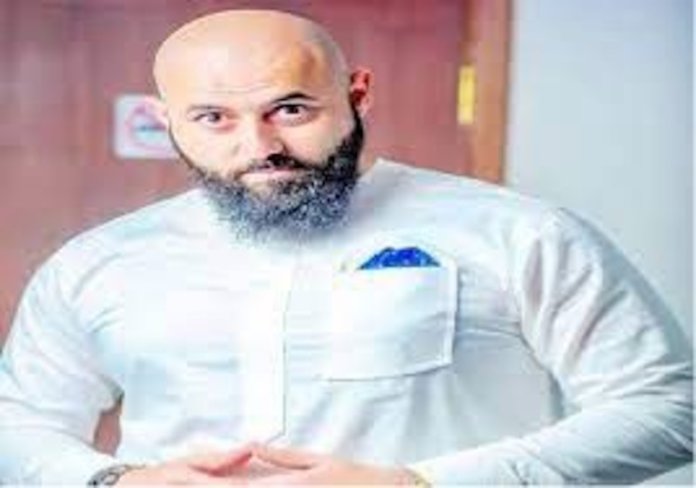 Like the goldfish, Ahmed Mazloum cannot walk into a hall (let alone a room) and go unnoticed.
There are so many striking features about him that not only set him apart but leave onlookers awestruck.

From his height, his characteristic full beards, his swag and most of all, his impeccable sense of dressing, a meeting with him unfurls a persona cloaked in warmth. With these qualities, it is understandable why he is a darling to newshounds-a fascinating subject in the Nigerian media space.

On social media, especially the more glamorous Instagram, Mazloum has become a sort of influencer, with thousands of followers, some of whom are the biggest entertainers in Nigeria.
His message when it comes to glamour is clear-cut on his Instagram page: Dress like you own the bank; not like you’re looking for a loan!

It is working for him and everyone seems impressed about it. At every gathering where Mazloum goes, he steps out in style, wearing choice apparels that accentuate his mission.

So, who is this man charming his way to the centre of Nigeria’s glamour-ville? He prefers to describe himself as a Lebanese-Nigerian. Whichever comes first does not matter to him because he has been part of the two nations intrinsically. He had his primary education at Warri, Nigeria’s oil-producing city with enormous potential in entertainment.

After his primary education, he moved to Lebanon for secondary education, but would return to Nigeria for an aborted tertiary education at the Delta State University.
Like Bill Gates and a few other IT geeks flaunting technology dollars at Silicon Valley, Mazloum wanted to test his hands on entrepreneurship.

He invested in three companies and currently sits as the managing director of two companies. If there are two things such a venture has availed him, it will be money and guts. For him, threading uncharted territories has become an obsession, as he is ever ready to try new things in spite of the inherent risks.

A testimony to this is his adventure in 2015. He had taken the bull by the horns by hiking the famous Mount Kilimanjaro, the highest peak in Africa, situated in Tanzania.

The fact is that the love for him transcends beyond Tanzania or the oil sector. On the Internet, the warmth he exudes can be seen in some of the comments and reactions by celebrities.
All these point to the fact that Ahmed Mazloum exudes the charm deserving of a true prince.