A governorship aspirant in Ekiti State and Chairman, Senate Committee on Judiciary, Human Rights and Legal Matters, Senator Opeyemi Bamidele, has assured that he is not aligning with like-minds in the All Progressives Congress to rock the boat and deprive the party of winning the June 18 election.

This came as a former House of Representatives member, Hon Bimbo Daramola, described Bamidele’s governorship ambition in APC as a legitimate demand from the party, saying his contributions surpassed every other aspirants seeking the party’s ticket .

Bamidele spoke in Ado Ekiti on Wednesday, when the former Federal Lawmaker representing Ekiti North constituency I, Hon. Daramola, collapsed his structures to back the Senator for the January 27 APC primary.

Assuring that many strong politicians would still join his structures the way Daramola did, the Chairman, Southern Senator Forum, stated that many Ekiti eminent sons and daughters are desirous of joining his campaign train to bail the state out of the doldrums .

He said he is well prepared for any mode of primaries that would be adopted by APC, but canvassed for direct primary, being ideologically believed in participatory democracy and hold the view that sovereignty lies in the people.

“My ambition is a movement of Ekiti sons and daughters, who believed that it shouldn’t be the same old story in 2018. I am not contesting or joining others to rock the boat in APC, this is a family affair, Internal party democracy and primary election.

“Governor Kayode Fayemi has done well, but there is need for a well focused and experienced person, who has a scientific understanding of how to move Ekiti forward to take over from him. Someone who loves democracy and Ekiti development. We are not going to fight because the philosophy is the same, our vision are similar and our focus is one.

“We will run a campaign that is issue- based and violence -free. We know that the state government wouldn’t do anything that can cause crisis in the party. We are also assured that our brother and Governor, Kayode Fayemi won’t impose any candidate, we are convinced about that .

“Bimbo and I respect Governor Fayemi , both of us were once the Directors -General of his campaign organisations in 2014 and 2018 respectively. We are telling you with assurance that the governor would not impose anyone in the primary, so that we can all work together.

“At a time, my blood was spilled on the soil of Ekiti for the sake of APC and it is this blood that I used to assure all of you that Governor Fayemi will do everything possible to show that we have a smooth sail at the primary and by the grace of God, I will emerge the APC candidate. I have no doubt that after Governor Fayemi, I am going to be the next governor of this state”.

Espousing why he coalesced structure with Bamidele, the former House of Representatives member, Hon. Daramola, described the Senator as the right man for the top job, taking cognisance of his contributions to APC.

“He stood up and sacrificed for the party for seven years when the night was wintering and future was bleak across the 16 local governments. To me and those of us who understand the history of APC in Ekiti, Senator Bamidele’s aspiration is a legitimate demand, because he has paid his dues.

“Considering where we are today, we should allow him to succeed Governor Fayemi. We are 17 days away from APC primary, if we don’t get it right this time, the consequences would be dire and grieve. Let us support the person that knows the way, there is imminent danger ahead of us if we miss it.

“I am supporting this man who had been saved by God for the sake of Ekiti, because he is one of the best human resources we have in Ekiti and a role model to many youth”. 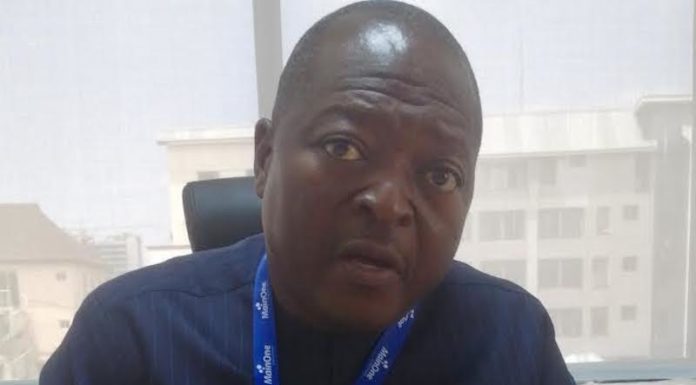