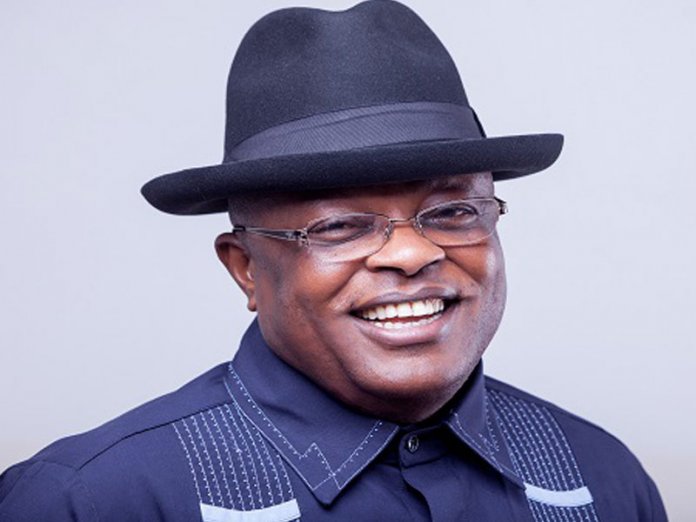 Governor Dave Umahi of Ebonyi State was on Tuesday at the State House, Abuja to inform President Muhammadu Buhari of his intention to run for President under the platform of the ruling All Progressives Congress (APC) in 2023.
Umahi’s visit is coming barely 24 hours after the APC National Leader, Senator Bola Ahmed Tinubu, also visited the Villa to inform the President of his presidential ambition.
The governor, who spoke with newsmen after a closed-door meeting with President Buhari, said he stands a better chance to emerge as APC presidential candidate going by his pedigree as a governor in one of the South East states.
He said: “I belief my outstanding performance as governor of Ebonyi state in the last close to seven years stands me out as someone who can replicate same if elected President of Nigeria”.
Umahi said he was now ready to consult widely about his presidential ambition having informed the President who is the leader of “our great party”.
Asked if he had informed the Igbo Socio-cultural group, Ohaneze, about his ambition, the governor said that was not necessary adding that the group should not involve itself in politics.
His words: “I’m not sure Ohaneze should be involved in politics. They should just not dabble into the unfolding politics of 2023”.