The group in a statement yesterday by it’s National President, Khalil Bello, said: “Our attention was painfully drawn by most sorrowful and highly embarrassing unsubstantiated claims/appeal made by Benue State Governor, His Excellency, Samuel Ortom, that, the President should include two of the Herders Associations that were known by all meaning Nigerians for doing their best in assisting our security operative towards maintenance of peace and unity in our great country that is: Miyetti Allah Kautal Hore and Miyetti Allah Cattle Breeders Association of Nigeria but be amongst the terrorist organisations in the country.”

He added that: “The most humilaitive and so much embarrassing aspect of governor Ortom’s unsubstantiated claim or baseless reasons for inclusion of the aforementioned Herders Associations amongst the nation’s terrorists organisations was the fact that, the two Associations have failed to end the ongoing crisses associated with Herders in the country; it is as if they are the ones who are governing Benue State and Nigeria at large.

“Another weakness of Ortom’s baseless claim is the fact that, he has completely forgotten or intentionally refused to remember that, the total responsibility of maintaining peace in the country, is not in our well cherished constitution vested on any Association in the country but rather on our ruling constituted authorities, who’s number one, constitutional, paramount responsibility is the protection of lives and properties of all Nigerians regardless of their tribe, religion or political affiliation.”

He said Ortom has failed to understand or was not intimated/acquainted by his aid that, if truth is to be said or justice will be done in Nigeria, “if there is any need to add the number of terrorist organisation of governments in the country, his State, Benue, must be the one to be added in the said black list.”

Bello said: In KACRAN we sincerely believe that if Government’s failure to maintain peace and security in its state will be justly used as a yardstick to identify terrorists group in Nigeria, “Benue State Governor and his surrogates must be short listed amongst the terrorist in government in the country because it is an open secret known to all people that, Ortom’s government and his cabal have woefully failed to perform the most simplest responsibilities they are expected to carry out, going by our constitutional requirement of protecting the lives and properties of its poor citizens and despite the enormous resources vested in its hand on monthly basis for the maintenance of the aforementioned very important function of governance, the performances of which led to the establishment of Government not only in Nigeria but in the world over.”

He said: “In view of the above undeniable reasons, coupled with the fact that, Governor Ortom was the first governor in the whole country who single handedly and myopically initiated and wrongly negated the provision of our written, rigid constitution, by mistakingly introducing the most controversial Anti Open Grazing law in the country. The introduction of which paved way for creating avoidable misunderstanding between Benue State farmers and their beloved herders who were brothers and partners in progress since the time immemorial, that is before the painful appearance of the incapacitated governor Ortom. We now call on Federal Government, as a matter of justice and fair play, to as a matter of balancing the equation, kindly include the Governor Ortom’s cabinet members list amongst the terrorists opportunists, who by coincidence having to be in the helm of leadership, but ended up in becoming the vision less, who do not know how to Unit their subjects and perform excellently in their act of governance.”

He asked Ortom, to emulate the good example of Plateau state governor, Simon Lalong, who has brought to an end the intermittent tribal and religious crisis in the state through exemplary leadership qualities.

He, however, commended Ohaneze Ndi Igbo for its resolute and bold action they have timely and convincingly taken in debunking the IPOB’s, misleading and highly mischievous new year’s Press Statement, during which they illegally gave few months ultimatum for the forceful stoppage of meat delivery from the Northern part of the country to the southern states. 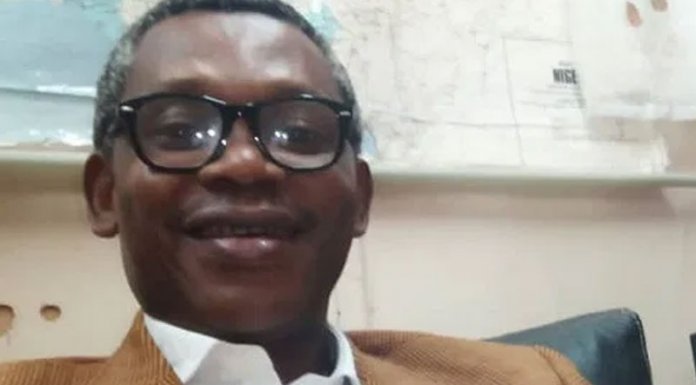