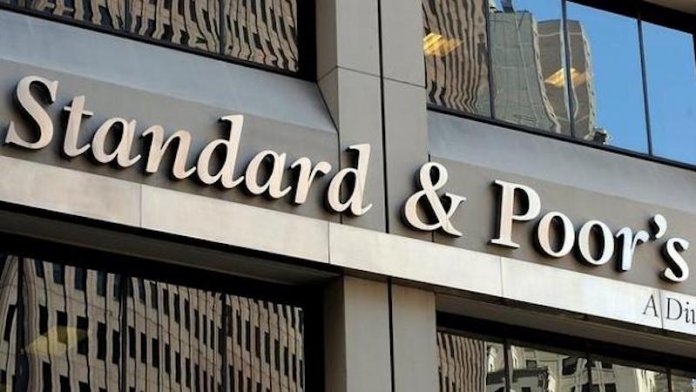 One of the global rating agencies, Standard and Poor’s (S&P) has predicted that private sector credit in Nigeria would range between 15 and 18 per cent of the country’s Gross Domestic Product (GDP) before 2023.

Private sector credit to GDP in Nigeria stood at 13 per cent as of the third quarter of 2020.

Also, the rating agency estimated that banking sector loan growth would average around 20 per cent through 2023, while the sector’s non-performing loan (NPL) ratio was expected to increase to seven per cent in 2021, compared with a reported 5.7 per cent in June 2021, as regulatory forbearance measures have ended for most loans.

Furthermore, it stated that household and corporate leverage metrics were among the lowest in Nigeria’s peers group, stating that banks are largely focused on serving large and established corporates while small and midsize enterprises lending accounted for less than one per cent of total loans in 2020. It noted low wealth levels per capita, lack of strong credit data, and a large informal sector contribute to the low financial intermediation in the country.

However, the report stated that the launch of Nigeria’s digital currency, the e-Naira by the Central Bank of Nigeria (CBN) in October 2021, may in time help channel more of the informal sector to the official economy, and integrate parts of the unbanked population into the financial system.

“We forecast real loan growth to average nine per annum over the next 12-24 months, reflecting a moderate economic recovery and higher oil prices. The growth is much higher in nominal terms because of the potential naira depreciation,” it added.

In addition, it stated that banks have continued to focus on loan recoveries despite the weak operating environment and close monitoring of their restructured loans.

It anticipated that Nigeria’s GDP growth would average a moderate 2.3 per cent a year through to 2024 after a contraction of 1.8 per cent in 2020.

In 2020, Nigeria’s economy was hit hard by two shocks – the coronavirus pandemic and the collapse of the oil price.

Owing to this, it pointed out that the banking sector was exposed to short credit cycles and high credit risks because of the country’s reliance on oil and its sensitivity to currency depreciation and high inflation.

“This leaves banks vulnerable to asset prices shocks and asset quality problems, with material exposure to the oil and gas sector, averaging almost 30 per cent. Naira depreciation may lead to double-digit private-sector credit growth over the next two years.

“Credit losses rose to around one per cent in 2020 and will likely double in 2021, before gradually declining to around 1.6 per cent by 2023. Meanwhile, we expect nonperforming loans will likely increase to seven per cent of total loans, reflecting the end of the regulatory forbearance measures for most of the loans. “Overall, earnings growth is likely to slow down because of higher impairments in 2021-2022 and the AMCON levy (to fund bank clean-ups in 2010),” it added.

The CBN created AMCON in 2010 to help clean up asset quality in the banking system over the 10 years following the 2009 financial crisis, but it remained for a longer period.