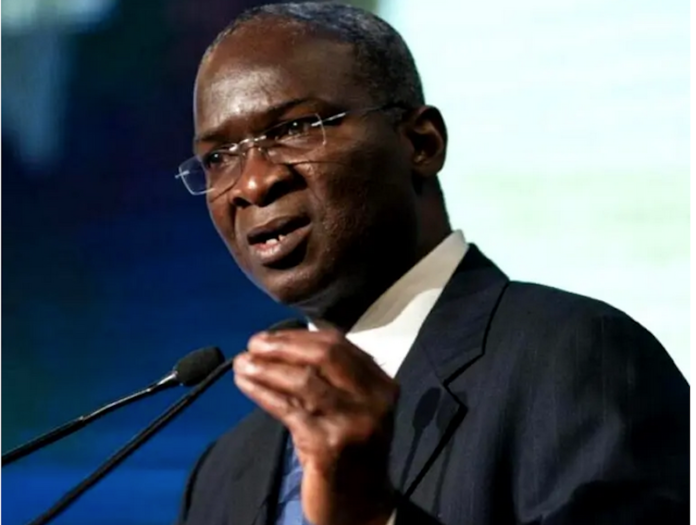 Emmanuel Addeh in Abuja
Minister of Works and Housing, Mr Babatunde Fashola (SAN) has attributed the challenges experienced by some Nigerians in accessing the portal for the sale of federal government’s houses to submission of incomplete documents.

The minister stated that over 10,000 applications had been received through the portal and advised applicants to ensure strict compliance to the requirements by uploading complete and only valid documents on the portal.

A statement by the Director of Press and Public Relations at the ministry, Boade Akinola, while acknowledging the complaints from members of the public, assured that all prospective applicants who complied with all the registration requirements will have a hitch free subscription while successful applicants will be notified via the e-mail addresses they supplied.

The ministry restated that the requirements for the online registration for the prospective applicants to be valid and successful as; passport photograph, current certified tax clearance/payment slip and means of Identification.

It listed the means of identification to include a current national identity card, drivers licences, international passport and voter card as well as letter of first appointment and gazette of confirmation of appointment (for public servants).
It explained that the reasons why some applications were not successful were because of not having current tax clearance certificate, evidence of tax clearance, absence of pay slip and non-submission of Memorandum of Acceptance (MOA).

Others, according to Fashola include incomplete or inconsistent documents and not having valid means of identification or submission of an expired one.

He urged applicants to log in to their profile to check the status of their application as the ministry had recently launched an online web portal: https://nhp.worksandhousing,gov.ng for the sales of the completed houses across some states of the federation, adding that the online sales was ongoing.

The National Housing Programme (NHP), a Federal Government of Nigeria (FGN) development agenda for addressing housing needs, commenced in the year 2016 in 34 states and the Federal Capital Territory (FCT).

Following an approval by the Federal Executive Council (FEC), the completed housing units all over the country, according to the ministry, are now to be sold to low and medium income groups through mortgage and rent-to-own subscription windows
“With the unveiling of the portal, Nigerians can now apply for the houses in the 34 states and FCT by paying a non-refundable application fee of N10, 000.00 only through Remita. Thereafter, a pin would be generated for the applicant access to the portal to complete the application process.

“The breakdown of the status update as recorded on they web portal platforms as at Thursday, shows that, out of the total number of 10,543 applicants, 10,206 applications are pending, 238 applications have been successfully submitted and 115 applications were approved.

“The ministry hereby appeals for strict compliance with the stipulated requirements for easy processing and approval of applications,” the statement added.