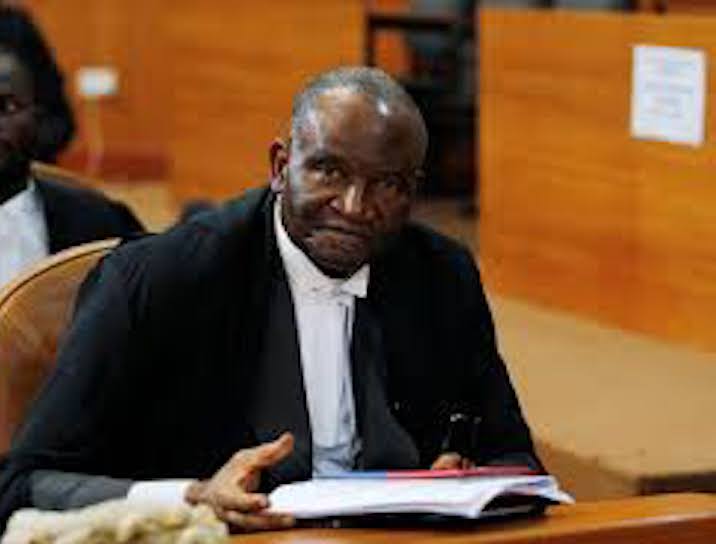 A former Attorney General of the Federation and Minister of Justice, Kanu Godwin Agabi, has said Nigeria’s present form of democracy is worse than the worst form of dictatorship,because the presidential system of government gave too much power to the executives.

Agabi, who spoke in Yenagoa at the first inaugural lecture for the late first indigenous Chief Judge of old Rivers State, Hon. Justice Ambros Allagoa, said it was obvious that Nigerians have a total misconception of democracy.

He said democracy could not survive or thrive in a country, where citizens were not given equal rights and opportunities, because only a few had always decided who ruled.

“The presidential system of government is actually a dictatorship under the constitution. This is because all executive powers are vested in one man, either the president or the governor.

“We elected that system, because they were tendencies towards division in the nation and it was hoped that after investing all these powers in one person, they will use that power to go ahead and build the nation together.

“That was the expectation of those, who vested the executive powers in one person. If that power is not exercised or if it is wrongly exercised, the nation will have problem and that’s where we are; that’s the environment,” Agabi stated.

He, however, said, “Well, what has transpired so far it must be obvious that what we have a total misconception of democracy. Our democracy has been characterised by the assimilation of the opposition, which has given rise to a culture of flattery.

“Government at all levels must realise that constructive opposition is essential for growth, the assimilation of the opposition has been aided and facilitated by the fact that the legislature, instead of operating along party lines, has often operated as a faction.

“As as long as the opposition is stifled or not existence, the efficiency of government will be impaired and once that happens, it will impact negatively on the judiciary”

“If we’re are serious about constructive and transparent government, if we want a just,efficient judiciary, we must restore the opposition. There’s little the judiciary can do to help a nation, some of whose politicians proceed on the premise that both good and evil are equal;that the end justify the means; that man can live by bread alone. Our species of democracy has brought with it hatred, fear and prejudice.

“We have proceeded in the false premise that politics without false or fraud cannot produce results. It must be made clear that we cannot be strong in numbers, without first being strong in spirit and in truth.

“Democracy must not be seen as do as we please, without regards for the right of the others. The judiciary cannot cope if we persist in fighting falsehood with force, vice with vice, violence with violence,” he noted.

In his address, Chairman of the Nembe-Se Lawyers Forum, organizer of the lecture, Mr. Ayebasin Beredugo, sad the lecture was a fitting honour for Justice Ambrose Allagoa, whom he added, deserved much more for his achievements and service to the people, state and country.

He called on the Governors of Rivers and Bayelsa state to immortalise him by naming him after significant state structures in recognition of his service to the development of the two states.

“We similarly call on the federal government to immediately name the Yenagoa campus of the Nigerian Law school after the late Judge for his service to the advancement of law, justice, the legal profession and national development,” he said.