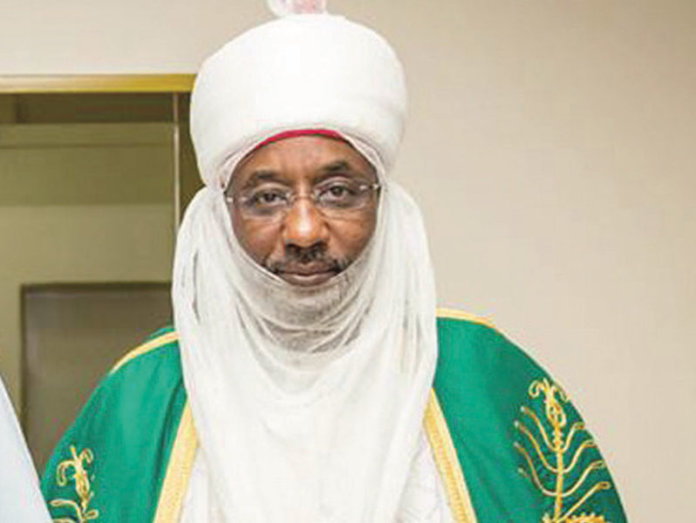 From the judgment of Justice Anwuli Chikere of the Federal High Court in Abuja last Tuesday, the banishment of the former Emir of Kano, Alhaji Muhammadu Sanusi II, by the Kano State Government on March 9, 2020 was not only an archaic and barbaric tradition, but an illegality which does not have a place under the 1999 Constitution, Alex Enumah writes

The deportation or banishment of deposed traditional rulers in Nigeria by government has been an age-long practice. During the military regime when the constitution was suspended, Nigerians had witnessed how traditional rulers were banished.

Even during the colonial era, the Oba of Benin, Ovonranwen Nogbaisi, was dethroned and deported to Calabar in 1887.

There were also cases where the Emir of Kano, Ado Sanusi; the Alake of Egba-land, Oba Ademola; the Alaafin of Oyo, Oba Adeyemi; the Sultan of Sokoto, Alhaji Ibrahim Dasuki, and the Emir of Gwandu, Alhaji Mustapha Jokolo, were all dethroned and banished from their respective areas where they held sway.

Sanusi, who was seen as a reformist, had been critical of some government policies – a stance that frequently put him at loggerheads with ruling the politicians in the state. He was never shy of voicing his opinions on pressing issues within and outside the country. This seemed like a break with the tradition where an Emir can only be seen and not heard. More so, since the seat is not adequately protected by the Nigerian law, the norm has always been that even if a traditional ruler does not like the government in power, he exercises patience and act like he does; till the government’s tenure elapses, so as to protect his traditional seat. To many observers, it was just a matter of time before he would run into trouble

So when the Kano State Government led by Governor Abdullahi Ganduje dethroned the Emir of Kano, Alhaji Muhammadu Sanusi II, popularly called Sanusi Lamido Sanusi, on March 9, 2020 on claims of disloyalty and in-surbordination, and consequently banished him from Kano State to Nasarawa State, never to return to the state, many were not shocked.

However, it was obvious that the state government was biting more than it can chew as such an action is a breach of the1999 Constitution (as amended).

Little wonder a Federal High Court in Abuja not only described the action as archaic and barbaric tradition, but also unconstitutional.

Delivering judgment on a fundamental rights enforcement suit, marked: FHC/ABJ/CS/357/2020, filed by Sanusi, the court presided over by Justice Anwuli Chikere, held that the Kano State Government has no power under any law to ban the former Emir from further visiting the city or to confine him to a particular part of the country without his consent.

Justice Chikere held that, having not committed any offence known to law, Sanusi should be able to enjoy the constitutionally guaranteed right of any Nigerian to reside in any part of the country, including Kano.

Justice Chikere, who upheld the argument by Sanusi’s legal team led by Lateef Fagbemi (SAN), declared as illegal, unlawful and unconstitutional, the purported house arrest and restrictions placed on the former Emir by the Kano government, the police and the Department of State Services (DSS).

While the judge did not say anything about the dethronement of Sanusi as it pertains to the Emirate Chieftaincy Law 2019, she voided his purported banishment to Awe in Nasarawa State on the grounds that it constituted a serious infringement of his fundamental human rights.

The judge said: “Fundamental rights law is weighty, inalienable and cannot be wished away as done by the respondents in the instant case.

“There is no provision in the Nigeria’s supreme law (Constitution) that, where a person is dethroned, he should be banished to another place without his consent.

“Every Nigerian citizen must be treated with dignity, except where such a citizen commits a capital offence.”

The Kano State Government had, shortly after dethroning Sanusi, forcefully moved him and his family members, with the help of men of the police and DSS, out of Kano, first to Abuja, then to Loko (Nasarawa State) and later to Awe, also in Nasarawa State.

He was confined to Awe until March 13, 2020 when Justice Chikere issued interlocutory injunction restraining the respondents in the suit from further restricting Sanusi’s movement.

Sanusi, who said he was not challenging his dethronement, had argued in the suit that his forceful removal from the palace, movement to Abuja and later to Awe, where he was restrained, violated his fundamental human rights guaranteed under sections 34, 35, 40, 41 and 46 of the Constitution.

Justice Chikere, in her judgment last Tuesday held that the manner Sanusi was forcefully removed from the palace after his dethronement and taken, first to Abuja and later to Awe in Nasarawa State against his will, was a gross violation of his rights to personal liberty and freedom of movement.

She further held that the right to freedom of liberty and personal dignity granted under Section 34 of the Constitution cannot be violated as done by Kano government, the police and DSS, except with express order of a court of competent jurisdiction.

The judge declared as unlawful Sanusi’s purported banishment and proceeded to issue an order of perpetual injunction barring the first to third respondents from further arresting, detaining, harassing and containing Sanusi’s movement.

Justice Chikere declared as a nullity the Emirate Chieftaincy Law 2019 under which the Kano State Government claimed to have acted, on the grounds that it was in conflict with express provisions of the Constitution.

The judge, who awarded N10milion damages against the Kano State Government, the IG and the DSS, also ordered them to offer public apology to Sanusi to be published in at least, two national dailies.

Reacting to Sanusi’s banishment, a lawyer, Mahmood Abdulbasit Adewole, condemned the action of the Kano State Government, describing it was unlawful and unconstitutional

“The Government of Kano State has no right to act outside the clear and unambiguous provisions of the Constitution of the Federal Republic of Nigeria, 1999 (applicable to this case); even while acting under the state’s law, because Section 1 (3) of the 1999 Constitution provides for the nullity to the extent of the inconsistency of any law that contradicts the provisions of the Constitution. Section 35 (1) of the said Constitution guarantees the personal liberty of every citizen of Nigeria, except in the circumstances stated thereof. Section 41 (1) of the Constitution guarantees the right of every citizen to move freely throughout Nigeria and to reside in any part thereof, and no citizen of Nigeria shall be expelled from Nigeria or refused entry thereby or exit therefrom. In the instant case, the Kano State Government has not been able to establish that the banishment of the dethroned Emir Sanusi from Kano State and his deportation to Nasarawa State were in accordance with the clear provision of the 1999 Constitution of Nigeria. The Court of Appeal has settled this in the case of Government of Kebbi State vs. HRH Mustapha Jokolo (2013) LPER.

“In holding the view that the banishment was unconstitutional, we are not oblivious of the fact that Section 45 of the Constitution provides that “nothing in Sections 37, 38, 39, 40 and 41 shall invalidate any law that is reasonably justifiable in a democratic society – (a) in the interest of defence, public safety, public order, public morality or public health, and (b) for the purpose of protecting the rights and freedom of other persons.”

“Be that as it may, it is still our contention that the said Section 45 does not cover Section 35 of the same 1999 Constitution which guarantees the right to liberty. It is relevant at this juncture to state that the laws contemplated by the said Section 45 of the 1999 Constitution regarding the right to freedom of movement are no more than laws allowing the restriction of movement of the citizenry and imposition of a curfew during the threat or actual outbreak of war, violence, breakdown of law and order or an epidemic; or such laws allowing people suffering contagious diseases or psychiatric ailments to be confined to hospitals or psychiatric homes, while the instant case of the dethroned Emir does not fall in any of these categories.

“In conclusion, the competent court of law is the only recognised enforcer of any law that seeks to restrict the enjoyment of any constitutional right or freedom of any citizen in order to protect the right of that citizen and other members of the society. Therefore, no executive order of banishment or deportation can be justified under Section 45 of the 1999 Constitution, notwithstanding the rehash of the phrase “is reasonably justifiable in a democratic society”.

The Kano State Government, has however rejected the judgment and would be approaching the Appeal Court in the coming weeks.