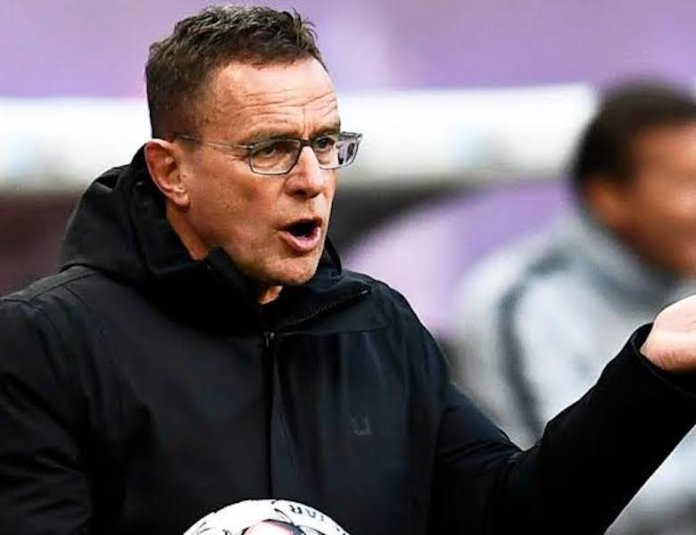 Ralf Rangnick has been awarded his work visa to take temporary control of Manchester United.

The German, who has been working as a director since 2019, had to convince the English FA that he deserves a permit after his spell away from the dugout meant he was not automatically eligible for a permit.

That was never expected to be a problem and was instead viewed simply as a delay, but Rob Dawson has now confirmed that the paperwork has all been finalised and Rangnick is free to take over at Old Trafford.

The German was yet to take charge when United took on Arsenal last night. Rangnick watched on from the dugout, with his first match as interim boss set to come against Crystal Palace on Sunday.

There were rumours United coach Darren Fletcher was speaking to the German on a headset during the 1-1 draw with Chelsea.

Current caretaker boss, Michael Carrick, recently stressed that he is yet to have any real contact with Rangnick.

Aside from leading the team until the summer, Rangnick will be given some input in the pursuit of a new permanent manager as he prepares to transition into a consultancy role at Old Trafford.

The former Red Bull Leipzig chief will also be tasked with aiding United’s transfer business in the summer and he is reported to have a hefty bonus written into his contract if he can help the club sign Borussia Dortmund’s Erling Haaland.