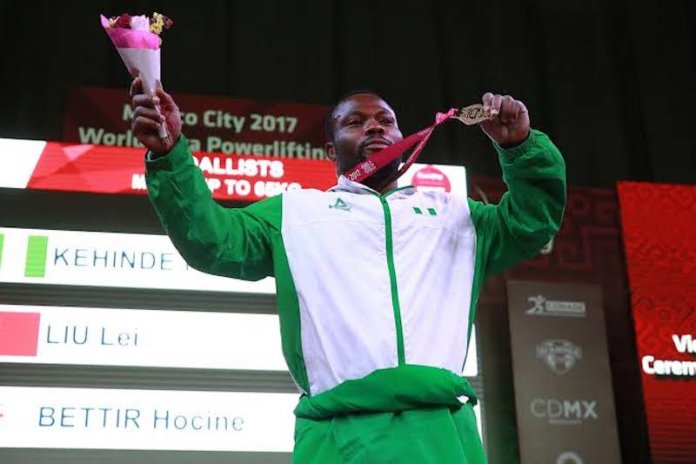 The Para-Powerlifting Federation of Nigeria has expressed sadness over the death of Nigerian Powerlifter, Paul Kehinde, who died in Lagos last week Thursday.

Kehinde until his death, was four-time world champion.

President of the Nigeria Para-Powerlifting Federation, Ruel Ishaku, said yesterday that the Late Kehinde was indeed a great ambassador of this country and the Powerlifting sport where he was a world champion.

He stressed that indeed the entire Paralympic family was going to miss him.

Ishaku however dismissed reports that the late powerlifter was not given a befitting burial.

According to the president of the federation, the late Kehinde died on Nov 18 and was buried the next day with the Federal Ministry of Youth and Sports Development represented by a delegation led by the Secretary General of the Para-Powerlifting Federation, Mr. Peter Njoku and other board members at the burial ceremony.

He described those peddling such wicked lies as idle people looking to discredit his board.

Meanwhile, President of the Paralympic Committee Nigeria, Brig. Gen Emico Eruwa has equally expressed shock over the death of the Nigerian powerlifter, stating that the PCN family will continue to miss him.