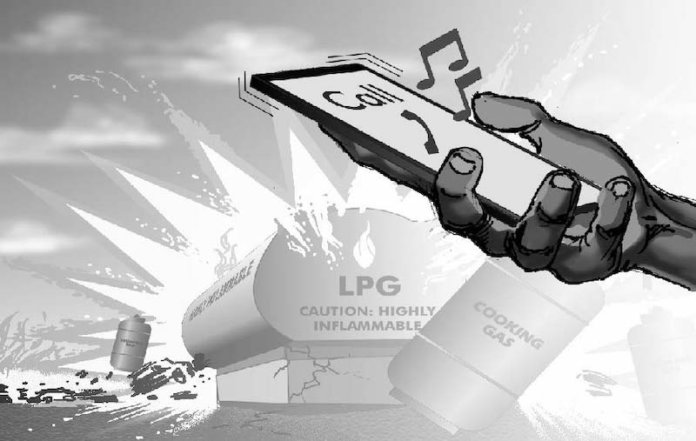 Much more must be done to enhance safety at gas stations

To reduce the increasing regularity of gas explosions and the attendant dangers to lives and property in Nigeria, it is important to step up advocacy on the danger of using mobile phones whenever they are within the vicinity of gas facilities. We also urge the relevant authorities to conduct regular drills in markets and other public buildings on safety measures regarding the commodity. That is the only way we will not continue to harvest tragic but avoidable deaths in the country.

Following the recent gas explosion in Lagos which claimed no fewer than five lives with scores of people injured, the state Commissioner of Police, Hakeem Odunmosu, explained the carelessness that sparked the fire. “It is completely avoidable, human negligence led to it,” Odumosu said in what has become a familiar story that should concern the authorities. “From what I have seen there, from what I have heard, the thing blew off (when) someone was trying to refill the gas cylinder as well as making a phone call.”

What is particularly worrisome is that many of the deaths arising from gas handling are preventable. For instance, when in 2015 a cylinder exploded at the Plateau State Water Board treatment plant leaving eight people dead, it was discovered that the fatalities were recorded because residents around the area inhaled the poisonous gas which enveloped the entire neighbourhood. There are also cases of illegal gas refilling plants domiciled in highly inflammable areas. So, both ignorance and greed play a big role in many of the tragic occurrences in a milieu where regulation is weak.

Despite repeated warnings by the recently scrapped Department of Petroleum Resources (DPR) that motorists should desist from using mobile phones while refuelling at filling stations, many still do it. To worsen matters, some attendants themselves use phone while discharging petrol into vehicles. Other artisans who work with gas and petrol also do so. Yet, answering calls besides any explosive material is dangerous; which is why people are usually advised to switch off their phones at the gas station. But because many disobey this simple rule, we keep experiencing deaths resulting from gas explosions.

It is therefore clear that much more must be done to ensure that those who handle gas always abide by safety procedures. The relevant authorities need to organise sensitisation programmes to all gas retail outlets on how to operate their business with minimal risk to themselves and the general public. What is particularly concerning about the incessant domestic gas explosions is that they occur amid intense campaigns on the need for Nigerians to drop kerosene for gas as a cheaper and cleaner means of cooking. In recent times, fatal explosions had been reported in Plateau, Akwa Ibom, Lagos and Jigawa States, killing dozens of people. In an incident that is typical of the carelessness often associated with many homes, a female domestic help in Epe, Lagos, turned on the gas and left to chat outside. By the time she returned to light up the gas, the kitchen was suffused with chemical. The resultant fire and explosion consumed her and many neighbours.

That gas has progressively become the source of death and bodily injuries for users and innocent bystanders is what should worry critical stakeholders, especially within the oil and gas sector. In recent years, hundreds of lives have been lost to this problem with businesses and property worth billions destroyed. Yet, nothing concrete has come out from any of the investigations into these tragedies. We must handle a problem of this magnitude with some seriousness.