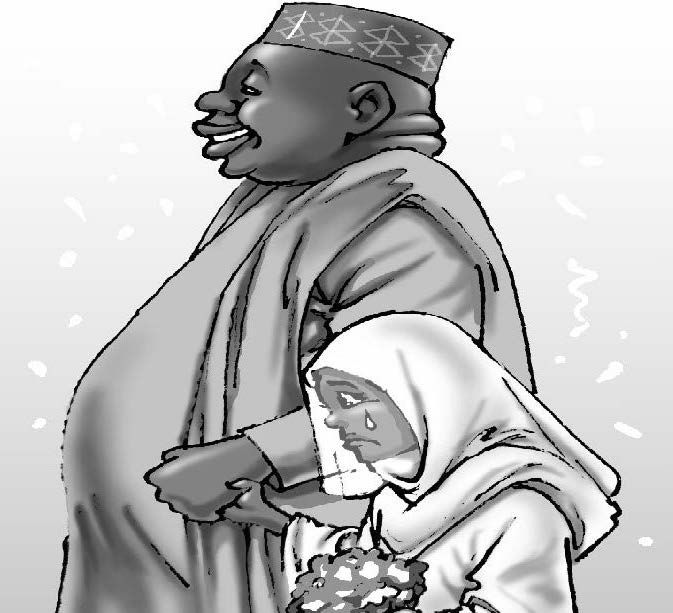 The latest report from Save the Children International which revealed that 48 per cent of girls in the northern part of the country get married before the age of 15 should concern critical stakeholders and compel serious action, especially among governors of the region. Titled, ‘State of the Nigerian Girl: An incisive diagnosis of child marriage in Nigeria’, the report also revealed that 78 per cent of girls in northern Nigeria were married by age 18. “Apart from its consequences on fertility, health, and wellbeing, child marriage has far-reaching macroeconomic and sustainability consequences for Nigeria,” the report stated.

Child marriage is a manifestation of gender inequality, reflecting social norms that perpetuate discrimination against girls. Sadly, most of these girls forced into early marriage do not know and may have never met their groom who are usually far older than them. In fact, some of these ‘husbands’ are often old enough to be their fathers. The act is therefore a violation of human rights since young girls who marry as children are more likely to drop out of school and have limited independence. “As an outcome of child marriage; births increase, and the population explosion undermines the government’s ability to effectively plan and mobilise resources for sustainable development,” the report revealed. “Besides, child marriage has great negative consequences on the education of the girl-child. This is so, as there is a linkage between level of education and marriage; linkage between child marriage and adolescent sexual and reproductive health complications.”

Meanwhile, the implication of a child engaging in early marriage is that she is conferred with responsibilities of an adult which she is not prepared for. A bride child may experience complications from pregnancy and childbirth, attributed as the major causes of death among adolescent girls below the age of 19 in Nigeria. Bride children are also susceptible to HIV infections, cervical cancer, and obstetric fistulas while their offspring are at increased risk for premature birth and death as neonates, infants, or children. They are also prone to domestic violence, sexual and physical abuse and are at risk of death due to early childbirth.

Though there is a public outcry against under-age marriage and attempt to prohibit it by amending section 29, sub section 4 of the Constitution, the practice, however, continues with the risks it poses. Some states and influential political figures have doggedly opposed the attempt by insisting on the status quo. Yet, this arbitrary practice is the cause in elevated cases of some brides who resort to killing their supposed husbands mainly by poisoning as the marriage is not consensual and contractual as demanded by law. Many of the minors given out to early marriage are of poor background where the parents struggle to provide the basic needs of the family. Among other factors responsible for child marriage are ancient cultural traditions, bride price, religious and social pressures, and illiteracy.

Marrying a girl off early denies her right to education which is the bedrock on which the greatness of every society is founded, restricting her from contributing to society building. It also places restriction on her labour market participation and compounds global efforts to eliminate poverty. We are particularly concerned that early betrothal places child brides at risk of widowhood at early age as they are significantly younger than their husbands. That risk subjugates them to economic and social challenges for a greater portion of their lives, compared to women who get married as adults.

We call on governors, especially those in the north where the practice is prevalent, to urgently address this menace in view of its consequences on women and the social economic development of the country.